Since the previous Urban Design Panel Workshop (UDP) in September 2013, the developer and designers of the proposed building have made some strategic rezoning adjustments.

The resulting form is visually interesting and unique while not taking away any of the splendor of City hall. We hope this building will form a modern counterpoint to the historic building and will show those who pass that the city although respecting the past has eyes on the future.
–    Shato Holdings and IBI/HB Architects

The rezoning proposal is for an 8-storey mixed-use development: 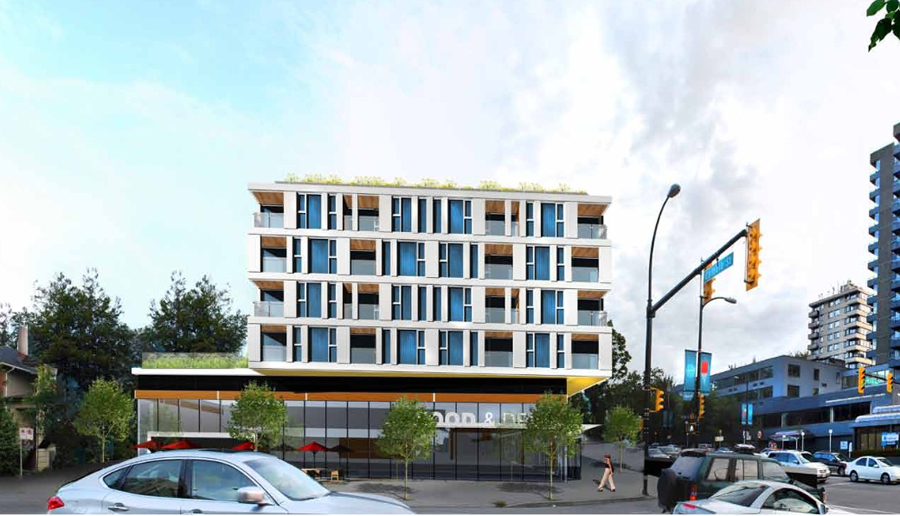 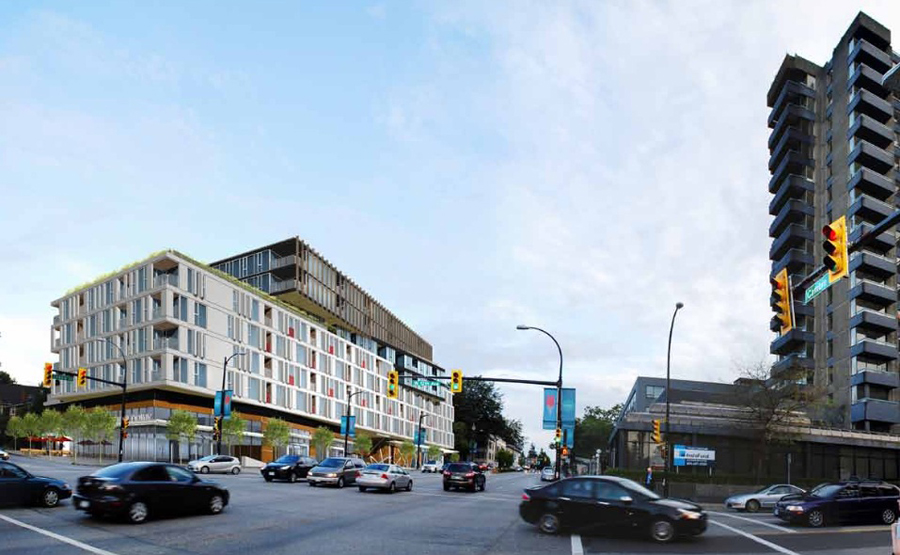 The proposal also includes relocation of the heritage-listed house at 454 West 12th Avenue to 465 West 13th Avenue, and the re-alignment of the lane to exit onto West 12th Avenue. 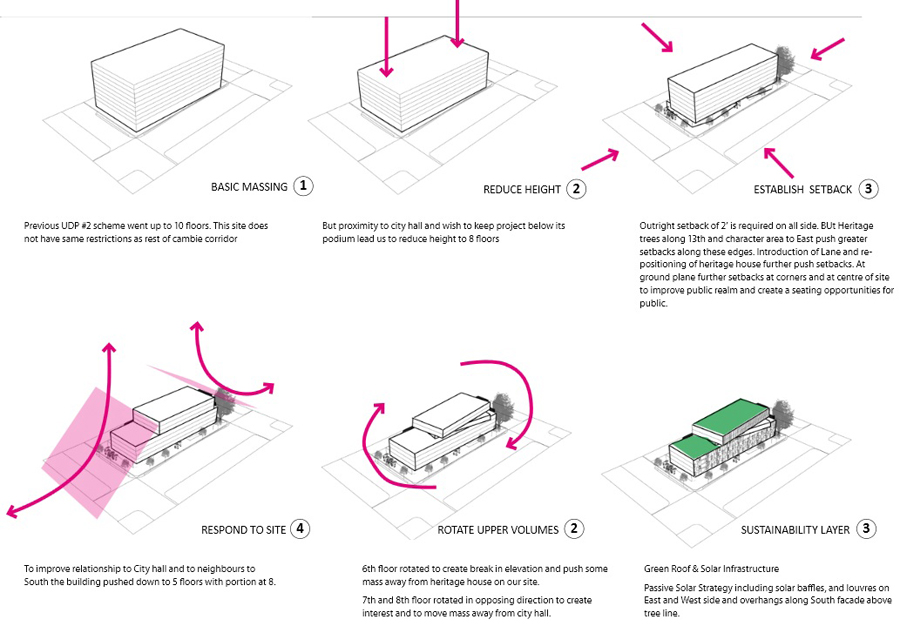 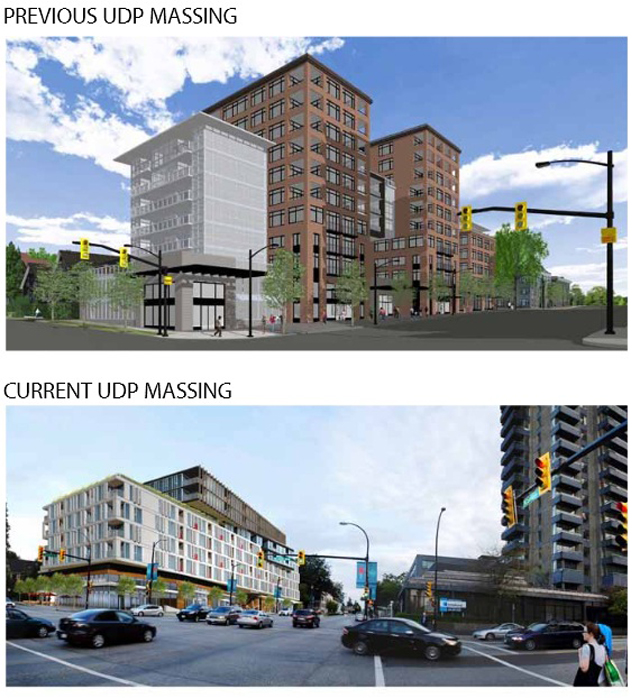 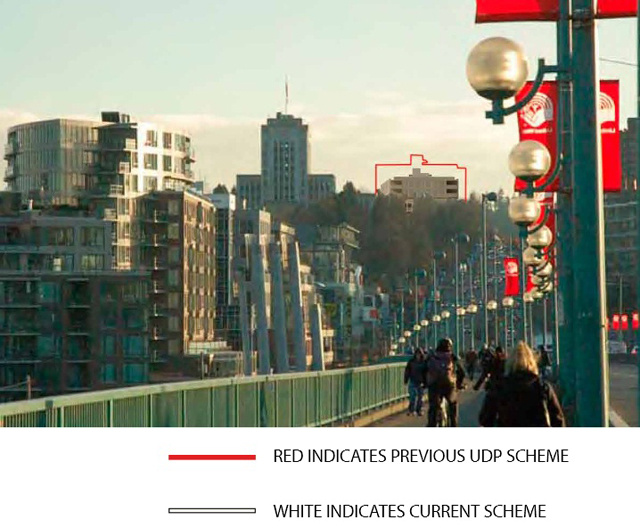 The city encourages anyone who considers themselves affected by the proposed amendments to speak at the next scheduled Public Hearing on Tuesday, May 13, 2014 at 6 p.m.