Set in a murder-y, abandoned warehouse off Commercial Drive, Revolutions straddles the line between the experimental and the mundane. A neatly packaged, 45-minute exercise of sight, sound, and set choreography, Revolutions may be the first step in bridging the widening gap between traditional theatre production and big-screen movie magic.

Following a successful debut at PuSh last year with Steppenwolf, new-but-old Fight With a Stick company shows no hint of slowing down. Veteran play makers Steven Hill and Alex Ferguson got tired of conventional theatre, ended their tried-and-true existing identity (Leaky Heaven) and started experimenting with “rule-breaking playmaking techniques.” Revolutions follows that trend and plays out in roughly three acts.

The first is a study in small-scale movement, starting with a constantly rustling figure on a bed in profile, never seen under the covers. A bespectacled man (Sean Marshall Jr.) eventually enters and sits down at an adjacent table, writing in a book and proclaiming his thoughts out loud to the audience. He is the only actor the audience sees for the entire duration of the play, as well as the only one who speaks (disjointed lines which are, at best, bits of random wisdom).

What I loved about Revolutions is what it left unsaid, leaving our minds to fill in the narrative – if we wanted to. I forgot all about the promised “telescopic journey through dust, human chemical relationships, and geological time” of the press release, and settled in to truly watch the show. 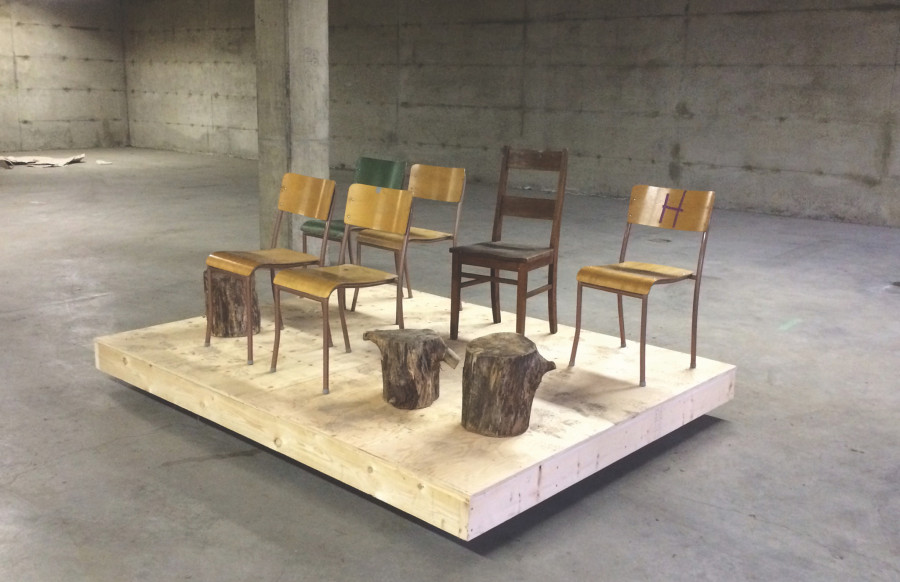 It starts a little languorous and slow-moving, until you realize the draft on the back of your neck. You, the audience, are slowly being dragged away from the set, as deliberately and methodically as the actors’ movements on stage. The illusion is only marred by tiny creaks of the rolling seated platform, and the slight shuffle of footsteps in the dark. Still, the result is no less effective, paralleling the film camera’s slow pan away from the action.

The second act is what I’d like to affectionally refer to as “look at all the cool sh-t we dug out of this dusty warehouse.” Or, more accurately – listen to all the cool stuff, as various materials are dragged along the floor asynchronously, in and out of small slits along the set. There’s a nice moment at the end where we’re abruptly brought back to our starting place, as all of the set pieces and random materials are pushed up against the suddenly closer back wall. 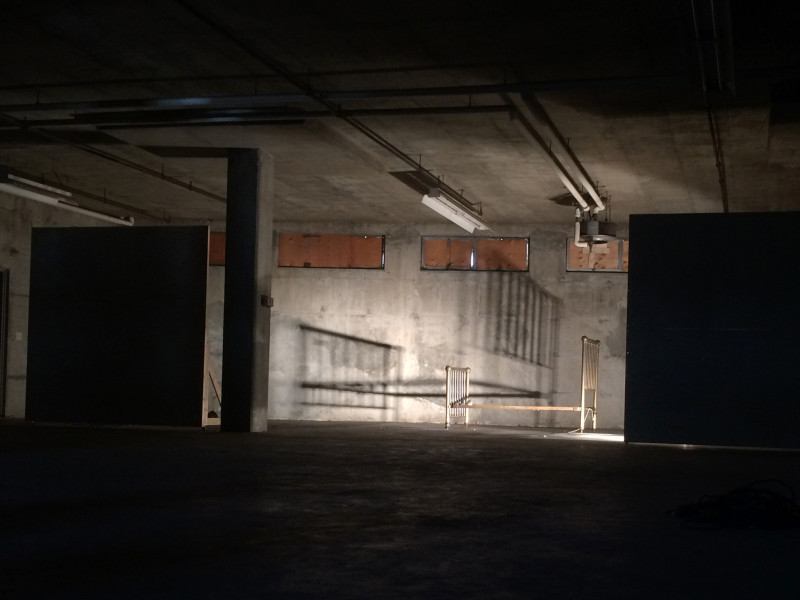 The third act is the big reveal, and undoubtedly Revolution’s most ambitious and intriguing showpiece. The wooden set was swiftly dismantled, and the entirety of the cavernous space revealed for the first time. The walls become individual performance pieces, rolling back and forth along the floors, each controlled by an unseen actor. The pace was dizzying, the pieces looked like they were all about to collide into one another, and the sounds coming out of the speakers matched the outpouring of frenetic energy.

While I still don’t know how I feel about the play, Revolutions brings techniques never before seen on the Vancouver small stage. So many questions remain, which may or may not be answered in the post-show talkback every single night. The one question that undoubtably does get answered within the 45-minute short play: yes, this is theatre ‘worth’ seeing. And yes, I might have to redefine my perception of ‘theatre’ after Revolutions.

Revolutions by Fight With a Stick plays at ‘The Warehouse’ (it really is one) at 3681 Victoria Drive until May 29. More information here.