Once swept the 2012 Tony awards, and even won Best Musical that year. Now, Broadway across Canada has brought this lilting musical to Vancouver. Once is an impressive combination of musicianship, simple storytelling, and a beautiful, but heartbreaking, romance sure to leave everyone reeling.

This musical is based on the award-winning film of the same name. Set in Dublin, a down on his luck singer/songwriter meets a Czech woman who is interested in his music. This sparks an interesting relationship between the two perfect strangers that gets complicated very quickly. A heartbreaking story told through gorgeous lyrics, beautiful musicianship and simple movement, Once is a story that everyone should see.

Once is a collection of snapshots of the main character’s few days together, but effectively doesn’t romanticize their chance meeting instead humanizing their experience by showing only glimpses of their short time together. The character’s true feelings are revealed through the gorgeous lyrics and music they perform together, executed beautifully by the actors who portray the roles of Girl and Guy.

Dani de Waal as Girl was particularly multi-talented and impressive. She was an incredible pianist, actress with many shades to her work, including humour and heartfelt, emotional honesty. To top it all off, her lilting vocals were mesmerizing.

Stuart Ward as Guy has an understated stage presence that serves his portrayal of the character on the acting front. Yet, when it comes to performing the songs, this becomes a weakness. The power of the words and music are muted by his lack of intensity, even at the most heightened emotional moments of the show. Whether this is due to a lack of connection to his role or to the lyrics, remains unclear. Nonetheless, Ward has a beautiful voice and is a talented musician. 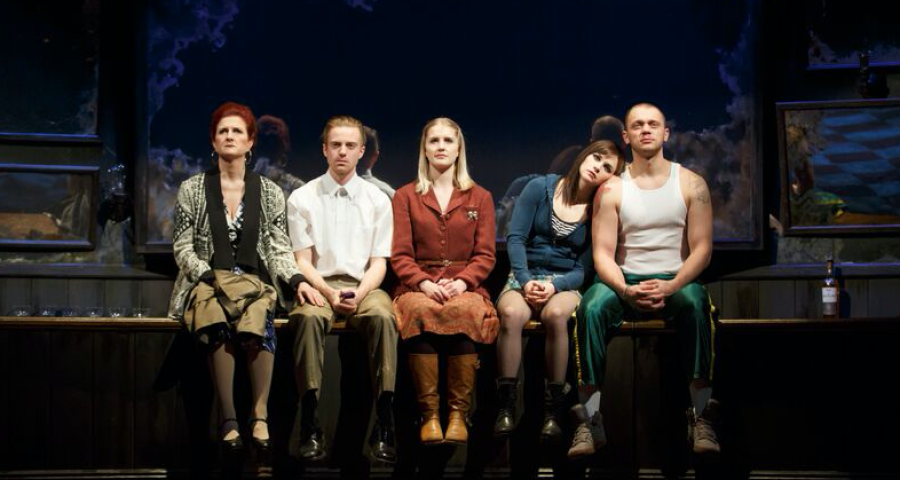 Another stand-out was Stephen McIntyre, a Broadway alumni, as Billy. His larger than life portrayal of the Irish music shop owner was not only humorous but very grounded. He provided the perfect comic relief needed to get the show just lighthearted enough.

The cast members of this show are all triple and sometimes even quadruple threats. The power of this show doesn’t come only from the talented leads but the ensemble as well. Each is an incredibly skilled musician, actor and singer. Their commitment to their roles and the music heightens the atmosphere and professionalism of the show, making Once a truly powerhouse production.

The pace of the show unpredictable, keeping the audience on their toes as sleepy ballads transitioned into musically charged, frenetic scene changes. The choreography of the scene changes were seamless, making the flow of the show seem more like a wash of moments then a typical musical theatre plot line. The transitions were beautifully executed by the cast, weaving in and out of one another as simple set pieces found their places, sometimes seeming as if they’d appeared out of nowhere despite a cast member placing it there. It’s a rarity to see scene changes have such purpose but thanks to the authentic and entirely committed nature of the ensemble, they become an important part of the show as a whole. 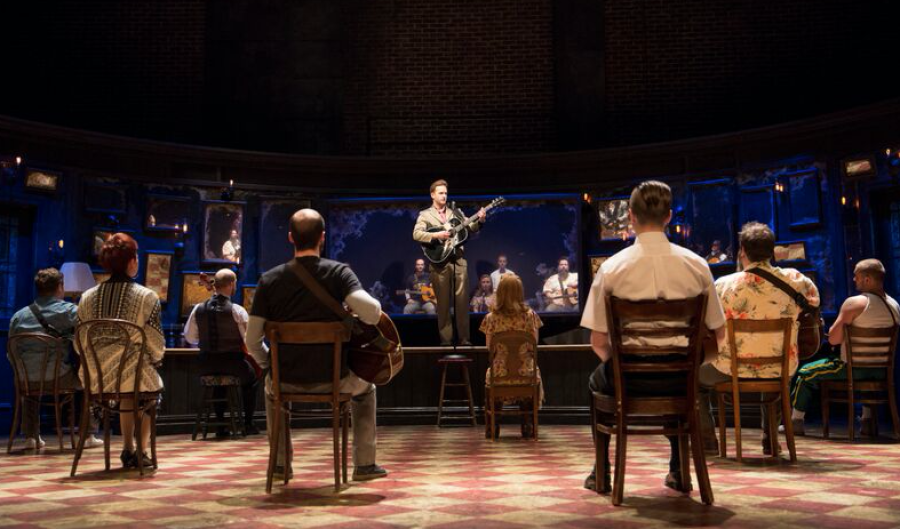 My only complaint is that the show whizzed by. Despite the generally slow tempo of the featured songs, it felt like everything else was just a bit too fast. I felt like I was missing something. It made me feel like I didn’t know the characters as well as I would have wanted to do but that’s more of a reflection on the writing of the show itself than this particular production. Yet, this lack of specificity and details of the character’s background might be intentional. The vagueness of the characters and plot gives the audience a chance to focus more on the music and let it transport them rather than get caught up in trying to pick apart what was actually happening.

The humour in this show balances out it’s emotional weight perfectly. The script of Once reflects the way that people talk to one another in real life, which is why it’s so easy to connect and empathize with the characters from the very first lines of the show. Just like in reality, sometimes we can laugh even in a time of tragedy, even at the darkest of times, humour can be our saving grace. 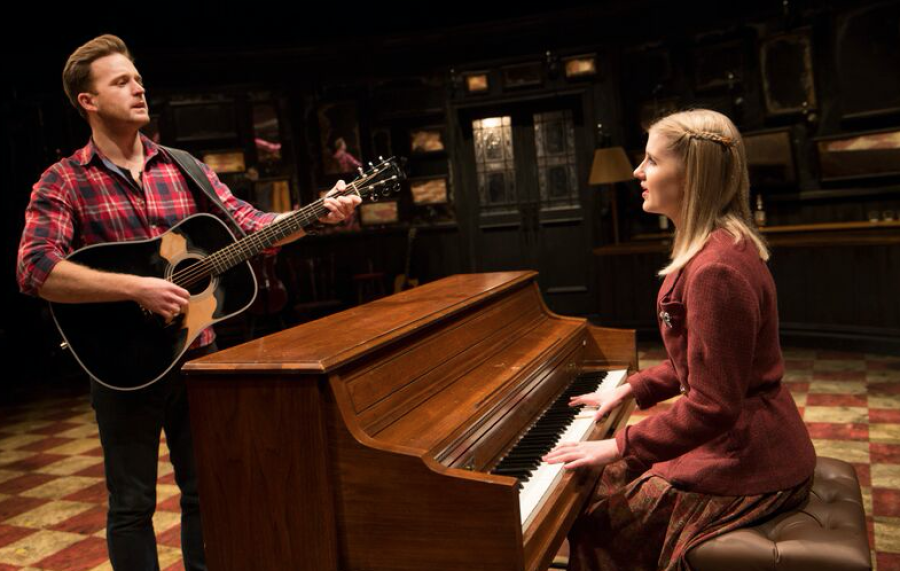 The set of the show is interactive from the moment that the theatre door opens, inviting audience members to order drinks up onstage. This forges a solid connection for the audience to the show before it even begins. The set also features mirrors on all three walls of the ‘pub’, providing a unique viewpoint of the characters through their reflection. The Queen Elizabeth theatre is the perfect venue to host this gorgeous set and show.

Overall, this touring production of Once is truly a moving and inspiring journey for the audience to witness. It feels as if you walk off the streets of Vancouver and into a professional Broadway theatre. You’re met with an experience that truly transports you into the lives of the unique characters that leaves you wanting more as performers take their bows.

Once plays at the Queen Elizabeth Theatre (630 Hamilton Street, Vancouver) until November 22. You can find tickets here.