Who was Peter before he became Peter Pan? How did he get to Neverland and what exactly is ‘starstuff’? Peter and The Starcatcher, playing at the Goldcorp Stage until December 27 is the family-friendly prequel that answers all of these questions and more.

Based on the novel of the same name by Dave Barry and Ridley Pearson, Peter and The Starcatcher tells the story of the adventure that brought Peter Pan to Neverland. Meeting pirates, starcatcher apprentices and even mermaids along the way, follow Peter along on this high-seas adventure that turns him into the boy that never grows up.

The sense of play in the show was intoxicating. Instead of a ‘directed’ show, it seemed more like a group of people just got together to tell a hilarious story, working in harmony to push the plot forward, which really is a testament to the director himself. It just seemed so effortless and fun. Thanks to the ‘ensemble theatre’ style of the show, everyone had a moment to shine. Every cast member played a handful of characters, morphing from one to another seamlessly. Peter and the Starcatcher is children’s theatre for adults. 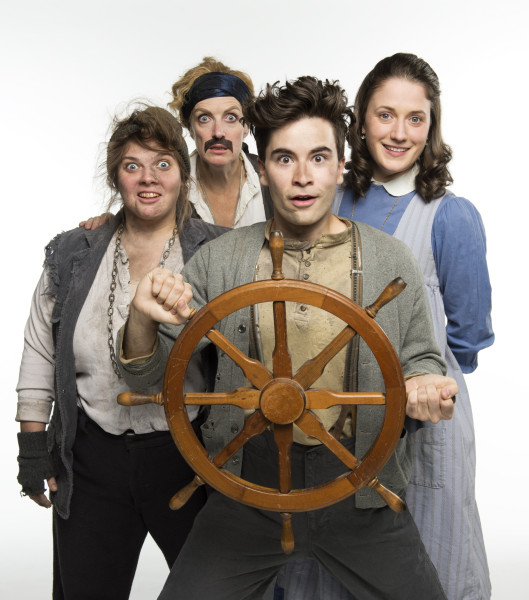 The stage was never static. There was never a moment where something wasn’t happening and full of life, even if it were as simple as an actor dragging a rope across the stage to create the ‘bow’ of a ship. As most of the props and set pieces were mimed or unconventional, it forced the audience to fill in the blanks with their imaginations. This instilled the sense of play, dragging the adult members of the audience back to their childhoods.

Coleen Wheeler as Black Stache stole the show. Wheeler was unapologetically brash and hilarious, committing to the absurdity of the role entirely. There wasn’t a lick of doubt about her portrayal, making it not only enjoyable but intriguing to watch. While the part is usually played by a man, it wasn’t distracting at all to see it portrayed by a woman but instead added another layer of humour. It also contributed to the overarching theme of ‘play’ rather than acting, because Wheeler looked like she was having so much fun, the audience could too. 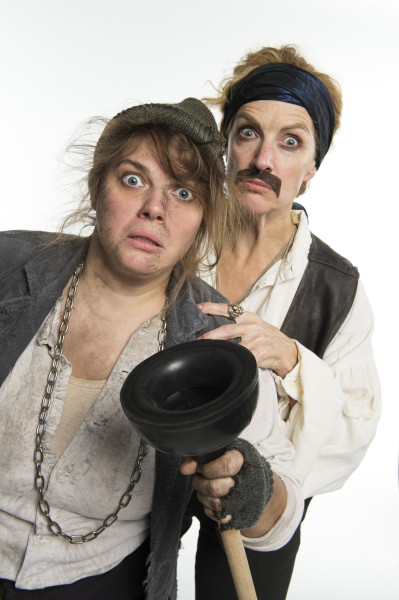 Rachel Cairns captured Molly’s adventurous and stubborn nature perfectly. There was an accent that slipped in and out of the portrayal that was slightly confusing but nonetheless, she was a great Molly. Ben Wardle as Boy was charming. His transformation into ‘Peter’ and then later ‘Peter Pan’ seemed a little forced which is more because of the script than his portrayal. The strength of this show isn’t in the individual leads though, not to say they weren’t brilliant. Peter and the Starcatcher provides an opportunity for all members of the cast to shine in one way to another.

Music direction was by Kevin Michael Kripps and he was also a member of the ensemble while doubling as a musician. The presence of acoustic instruments throughout the show was a nice touch, contributing to the simplicity of the piece which focused the audience on the actors. Unfortunately based on how much singing there is in this show, the cast didn’t have quite strong enough voices to carry it off. Nonetheless, the vaudevillian musical number that starts the second act was hilarious. It featured the entire cast, donning campy mermaid costumes and singing about how the starstuff changed them from fishes into mermaids. 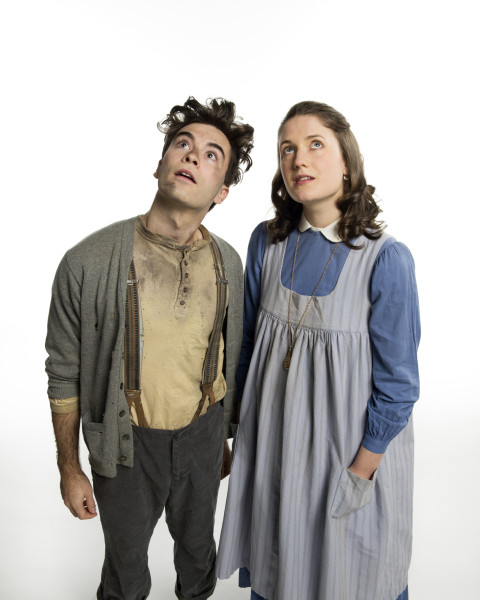 My one complaint about this production is that it almost seemed like a Bard on the Beach show, based on the barebones and ‘open’ set and the style of direction. A good portion of the cast has Bard on their resumes and the director, David MacKay, does as well. Yet, this production was the perfect show to christen the new theatre, the Goldcorp Stage at the BMO Theatre Centre. It showcased the versatility of the space and the freedom of a black box theatre. Set design was barebones and simple, as was costuming to be able to focus the attention of the audience on the story being told.

As there is extremely limited seating, this fantastic show is quickly selling out. Hopefully there will be an extension to the run as most of the current shows are already sold out. Thankfully, there really is no bad seat in the house as the stage is so expansive and wide.

Arts Club Theatre Company’s production of Peter and the Starcatcher is a playful romp chock full of hilarious moments, thought-provoking questions and a gentle reminder that it’s never too late to use your imagination. Audiences of all ages are sure to enjoy this electrifying production so grab tickets while you still can.

Here’s the trailer for Arts Club Theatre Company’s Peter and the Starcatcher:

Peter and The Starcatcher plays until December 27 at the Goldcorp Stage at the BMO Theatre Centre (162 West 1st Ave, Vancouver). You can get your tickets online or at the Arts Club Theatre box office.