Margaret Cho was in her element at Whistler Pride last Wednesday, and showed it with original material catered to locals, Canadians in general, and (of course) The Gays.

Cho opened by shouting out Whistler in her characteristically twisted way, saying she always feels welcome in the area because people tend to mistake her, with her Korean-American features, for a “fresh off the kayak” member of the local aboriginal population.

She also took down Jian Ghomeshi and Bill Cosby in the same breath, saying how appreciative she was that Canadians generally accepted the story of the numerous women accusing Ghomeshi of abuse, whereas Americans seem more content to imagine that Cosby is innocent despite seemingly ever-mounting accounts of rape. 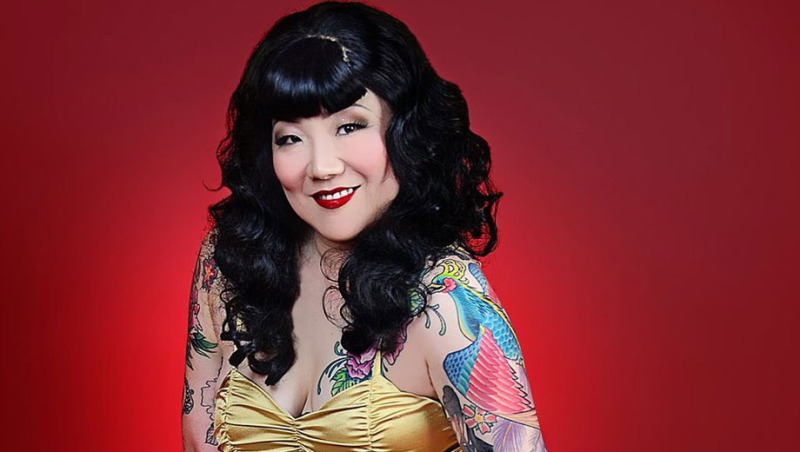 Cho also gossiped about her celebrity friends, appearance at the Golden Globes (in a cameo as a North Korean general in the wake of the Sony hacking scandal) and her own body, the latter being well-worn territory, but endearing in its self-deprecation.

Although much of the localized material could have been written the same morning, Cho was topical and witty, even if she was coasting somewhat on polite laughter from and audience that just appreciated being acknowledged as Not American more than she elicited well-deserved guffaws.

Cho semi-improvised with the audience near the end of the show, fishing for opportunities to throw in a couple of recycled jokes; one where she does a rubber-faced pantomime of a gay audience member performing oral sex on a woman and not particularly enjoying the task – and another about how straight girls who go out with gay friends need a taxi service for when they’re inevitably ditched in favour of a hookup. The mostly gay and lesbian crowd reliably rewarded the stereotypical jokes made (lovingly) at their expense.

Cho closed with two of her songs, “F— and Run” and another one about her lady parts, both of which were only mildly amusing and fell rather flat – a weak way to end the show.

Overall, Cho, in cargo pants and a hoodie, may have phoned this one in – other times, she can be brilliantly, side-splittingly funny – but she brought energy and warmth to a crowd of her biggest fans, not to mention the fact that booking such a major star was a true jewel in Whistler Pride’s crown this year.