It is Friday, and you know what that means… NEW MOVIES! This weeks new movie reviews include: Lincoln, Twilight Breaking Dawn Part 2. 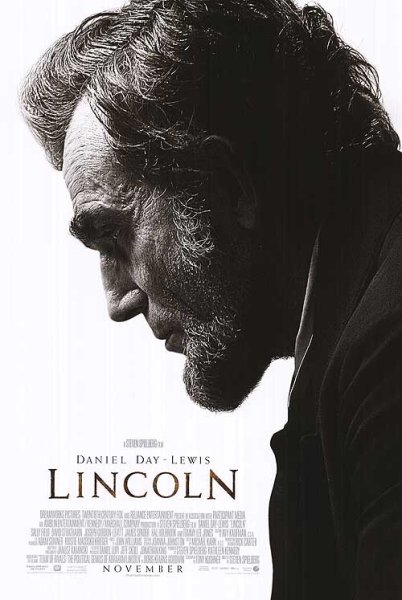 The film is based on Doris Kearns Goodwin’s biography of Lincoln titled. Team of Rivals: The Political Genius of Abraham Lincoln. Being how the entire book about Lincoln’s presidency is much too big for a film, Spielberg’s adaptation is simply focused and covers the final four months of Lincoln’s life which included the political collision of Lincoln and the powerful men of his cabinet, the road to abolition, and the end of the Civil War.

The film itself has all the right elements for an instant classic, it’s directed and produced by Spielberg, stars big screen names like Day-Lewis, Fields, Gordon-Levitt, Lee-Jones, and has script that screenwriter Tony Kushner had been working on for six years.

When it comes to the acting, everything works, which is lucky for us — believe it or not Liam Neeson was original casted to play Lincoln — but I guess his particular set of skills didn’t qualify. Instead Daniel Day-Lewis was chosen to portray Lincoln, and he does it incredible well showcasing his ability to finesse very treacherous political circumstances while expressing Lincoln’s journey moving the country forward.

Day-Lewis’s is known for his method acting by immersion into the role, and you can tell he is very much deeply invested and immersed as his character. It’s a very performance-driven role, he is given huge scenes with massive amounts of dialogue and he delivers. Seeing him onscreen as Lincoln gave me chills, almost making me believe that it was actually Lincoln sitting there in front of me.

Sally Field plays First Lady Mary Todd Lincoln; she does an excellent job portraying all the fragility and complexity that was Mary Todd. Joseph Gordon-Levitt plays their oldest son, Robert Todd Lincoln who leaves his studies at Harvard Law School to become the newly named Union Army captain and personal attendant to General Grant. He returns to the White House on April 14, 1865 to visit his family – the same night his father was assassinated.

Overall the film was great, Lincoln is arguably the greatest working President in American history doing some of the greatest work for the world. It was a time to lead the country forward in the midst of the most horrendously difficult period in its history. I found Lincoln to be breathtaking and awe-inspiring — which is why I give LINCOLN a 9/10 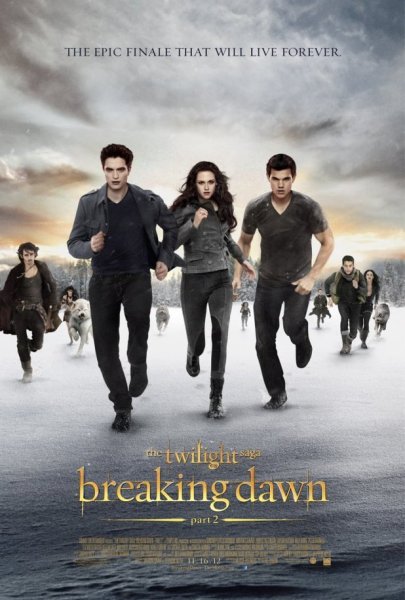 The film starts off when Bella is brought back from near-death by Edward after childbirth; Bella begins her new life as a vampire and mother to their daughter, Renesmee. – Yawn. But when Irina, a member of the Denali coven, misidentifies Renesmee as a immortal child, a human infant who has been bitten and transformed into a vampire, the Volturi set out to battle and destroy the Cullens for their betrayal – More yawn.

In a final attempt to survive, the Cullens begin to gather foreign Vampire clans and nomads to stand and witness against the Volturi, including the Denali, the Amazonian, the Egyptian, the Irish and Romanian Covens, with European and American nomads. With their allies, the Cullens and the Wolf Pack stand to prove their innocence to the Volturi once and for all.

I’m not a Twilight fan, so I was worried that it would be difficult to review this film without being bias, but lucky for me, this film is flat out horrible. It’s full of pauses and intense looks and vague standing around. It’s definitely not the best film in the franchise, and if you read the books, Hollywood pulls its usual “let’s switch the ending” routine, suggesting hints of a sequel.

Though I’m sure any twi-hard, or fans of Pattinson and Lautner will flawk to see this film (if they haven’t already) just be cautious and go in with low expectations. The acting is mundane and the film is so boring it seems like it lasts an eternity. Although the saga doesn’t end on a high note, we can at least be thankful it ends. I give Twilight Breaking Dawn Part 2 a 2/10