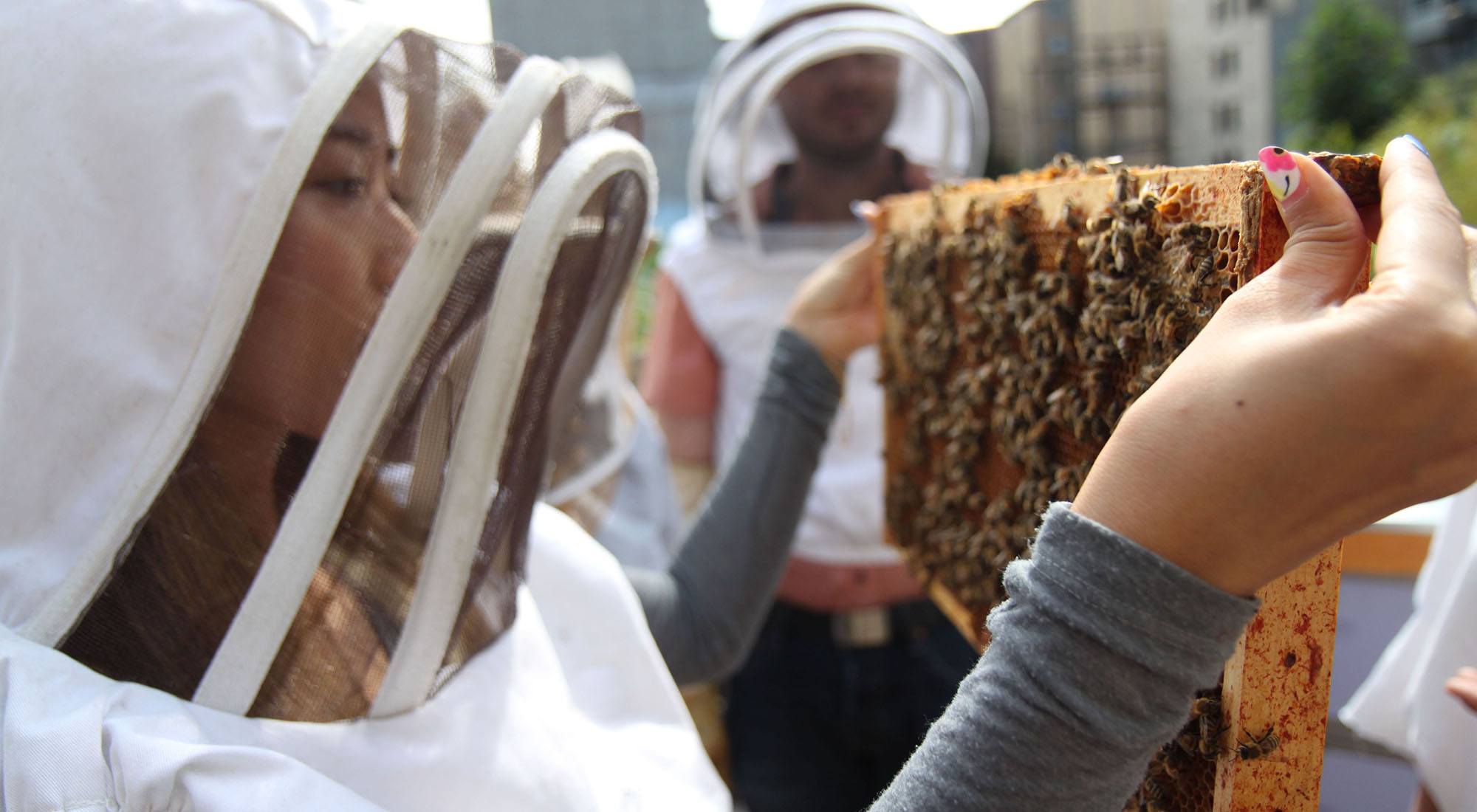 Vancouverites love their hot dogs. Even if it’s cheap crap hot dogs from Ikea or Costco, people still want to know which cheap crap hot dog is better. As per a “Review it!” request, hopefully this will help you decided which one of the two hot dogs is the lesser evil. I take food very seriously. I consider myself to be an avid consumer of food, or at least that’s what my bathroom scale tells me. When you’re hungry and looking to stuff your face, a few things might run through your head- what’s cheap, and what’s quick. If your in a rush, you might choose what’s convenient and tastes good over whats healthy.

After getting a request to review which hot dog is better, I headed out to the nearest Costco and soon found myself devouring a quarter pound of goodness. This isn’t the sissy hot dog that grandma used to make you. It’s the hot dog an under-paid Costco employee makes for you. A hot dog that has all the basic condiments available; ketchup, mustard, relish, chopped onions and hot peppers. It comes with a fountain drink, and for a low price of $1.50, you walk-away satisfied. 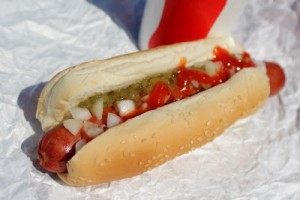 Ikea’s hot dogs are very similar to Costco’s. They’re both “all-beef”, and like Costco dogs, they’re boiled rather than grilled by someone who cares less if the product is served hot or cold (lucky for me, mine were served at room temperature.) Like Costco, Ikea offers the same condiments and a fountain drink for the same low price of a $1.50. 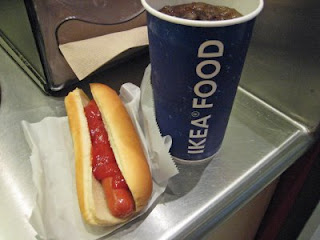 When it comes to nutrition, as long as it tastes good, I really don’t care if it’s good for me. However, for this circumstance, I have provided the basic nutritional information to help you make the best unhealthy choice. If you quickly look over the content it appears the Ikea hot dog is healthier, but you have to take into consideration the portion size. Costco hot dogs are nearly twice as big as the Ikea hot dogs, and they provide more protein and fiber than the Ikea dogs.

Ikea’s advantage is simple. If you are anorexic you can purchase just the Hot dog for .75 cents, or if you like to eat, you can double it up with two hot dogs and a drink for only $2.00. The disadvantage is the portion size, it’s simply not enough to fill a normal size human. If you are hungry, one hot dog will not fill you.

Costco’s advantage is the size. The hot dog is actually a quarter pound of all-beef (which they swear is not the name of the company.) Unlike Ikea, one Costco hot dog should leave you full and satisfied. The disadvantage- if you want to stuff your face and get two hot dogs, they will give you two drinks. You cannot just get a hot dog; it has to be a combo.

As you already know, neither hot dog is going to win an award or share any culinary achievements. They both tasted like rubber, and both made me take a shit shortly after consumption, but a winner must be declared.  After eating both hot dogs, the Costco dog is the better choice. It all comes down to the one thing your girlfriend doesn’t want to tell you- size does matter.

Have something you want reviewed?
Email [email protected] with “Review It!” in the subject line or Follow Felix on Twitter @TheFelixKay and just ask