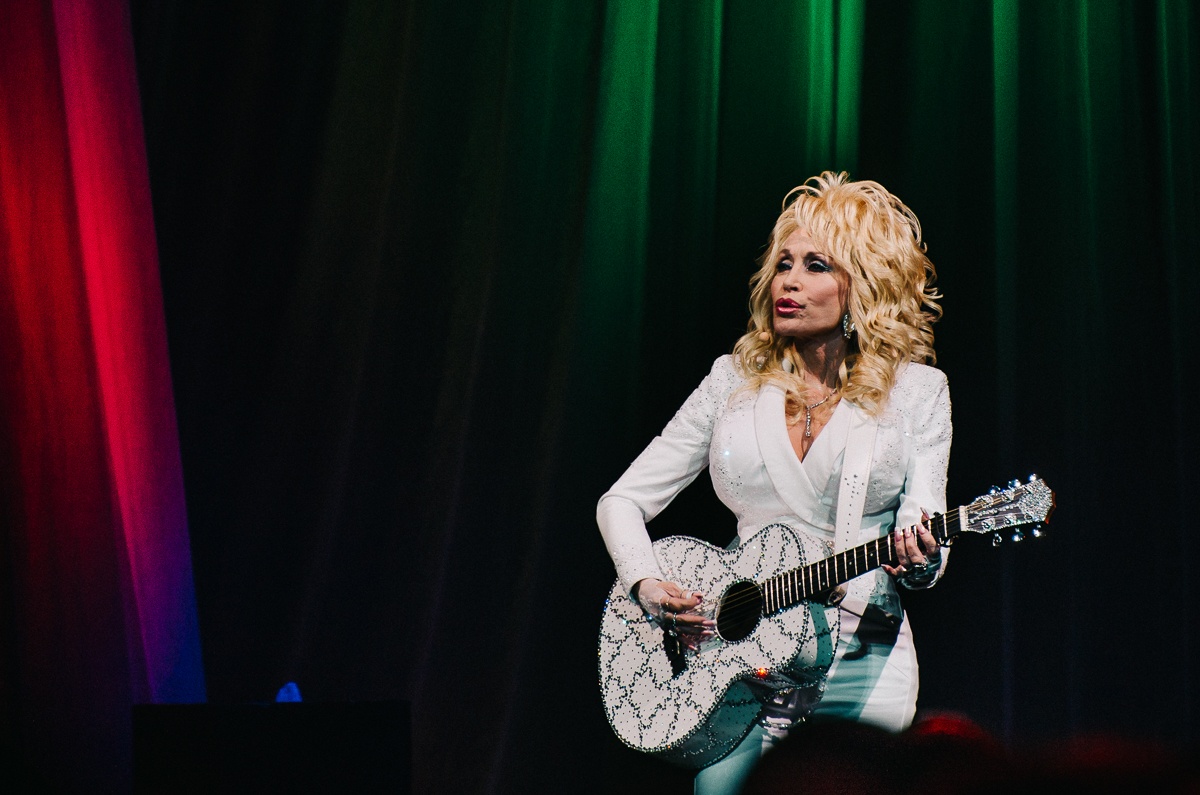 Seriously, is there anybody (save for Jolene) who doesn’t love Dolly Parton?

The rhinestone cowgirl was in Vancouver last night promoting her latest album Pure & Simple and delivered a show that was exactly that – pure, simple, and sublime.

The singer was all smiles as she took the Rogers Arena stage in a white pantsuit adorned with enough sequins to be seen from the concession stands. “I couldn’t sing a lick without my rhinestones and big hair!” she told us after a rousing rendition of “Why’d You Come In Here Looking Like That”.

“It costs a fortune to make somebody look this cheap,” she continued. “I always tell that like it’s a joke but really, it’s the biggest truth I’ve ever told.” 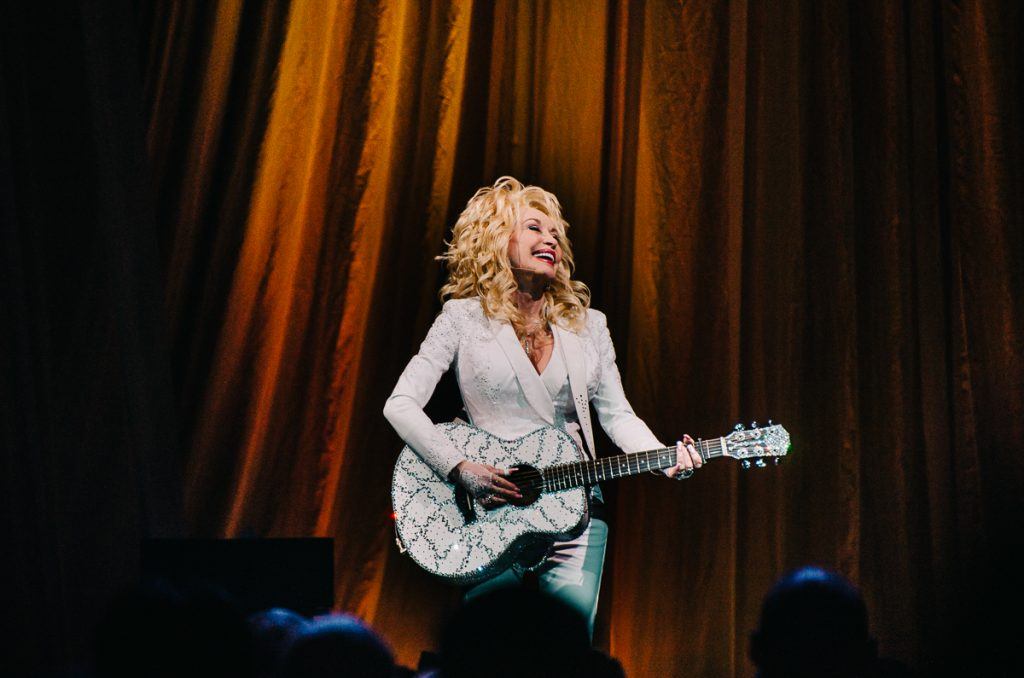 It’s no surprise that Monday night’s hoedown went off without a hitch – Parton is the undisputed queen of honky tonk and has been churning out hits for more than six decades. The diva was accompanied all night by just a three-piece band, all of whom have worked with the singer for 25 years or more, which kept the show focused squarely on Parton’s beautiful songs and the stories that inspired them.

Parton breezed through “Jolene”, a ditty about a red-headed bank teller that flirted openly with the singer’s husband years ago (apparently Jolene was the original Becky-with-the-good-hair). Parton had the last laugh of course – the song topped the country chart in 1973 “and I made a lot of money from it,” she told us. “And I didn’t put it in her bank!”

Parton also told stories of her very humble childhood in Tennessee (“we had running water, when we’d run and get it,” she joked) where she’d practice singing into a tobacco stick while dreaming of one day performing on the Grand Ol’ Opry stage. “We didn’t have anything in this world, but we had things like love, kindness, and understanding,” she said after a heartbreaking take on “Coat of Many Colors”. 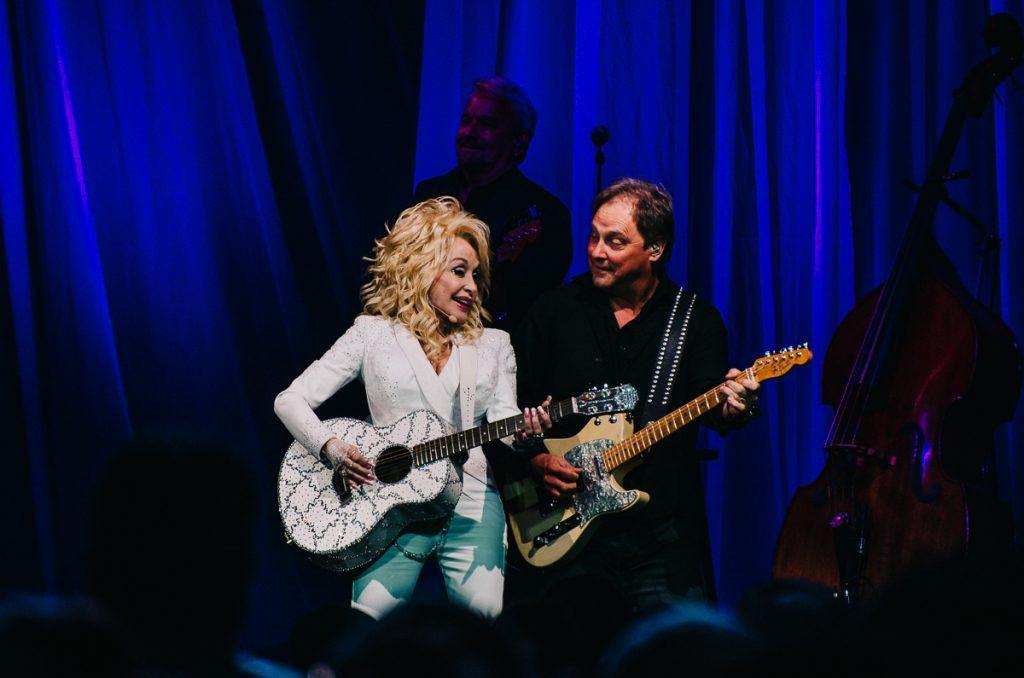 After “Smokey Mountain Memories” and “Applejack”, Parton had her band move to the front of the stage to join her for an intimate medley of Americana-inspired tunes that included “Blowin’ In The Wind” and “American Pie”.

“You folks been watching our election stuff?” she asked to a mix of groans and jeers. “Is that not the craziest thing you’ve ever seen? A few months back I decided I was gonna run myself! I’ve got the hair for it – it’s huuuuuge!” Parton said, sounding remarkably like a certain candidate who used to host The Celebrity Apprentice.

“And a few more boobs in the race wouldn’t hurt,” she added. “Don’t worry about us, but if it don’t turn out too good in November, I may come visit you a little more often!”

Next was a brief intermission, a costume change, and a wig adjustment prompted by a nagging microphone headset.

“My hair keeps getting tangled but don’t worry, it ain’t hurting me a bit,” Parton reassured us. “Some little woman in Korea is probably screaming her head off…or maybe this is the European hair, I don’t know. It’s mine now!” 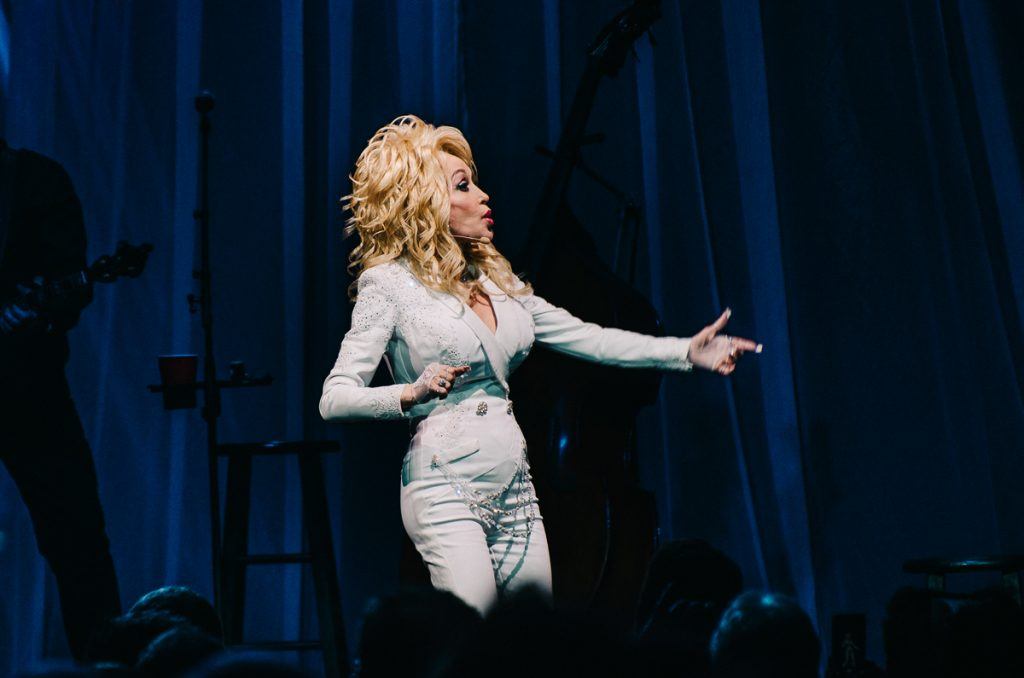 The bawdy body banter continued for the rest of the evening with Parton declaring that she’s “a self-made woman with the doctor’s bills to prove it” before she confessed to being a “workhorse in drag”. At that point she spotted Jaylene Tyme, Vancouver’s Dolly Parton doppelgänger, seated in the second row.

The singer wrapped up the nearly three hour show with megahits “9 to 5” and a solo “Islands In The Stream” that had the 12,000-strong crowd filling in for the missing Kenny Rogers. But when it came to finale “I Will Always Love You”, the crowd fell silent and let Parton’s captivating voice work its magic. 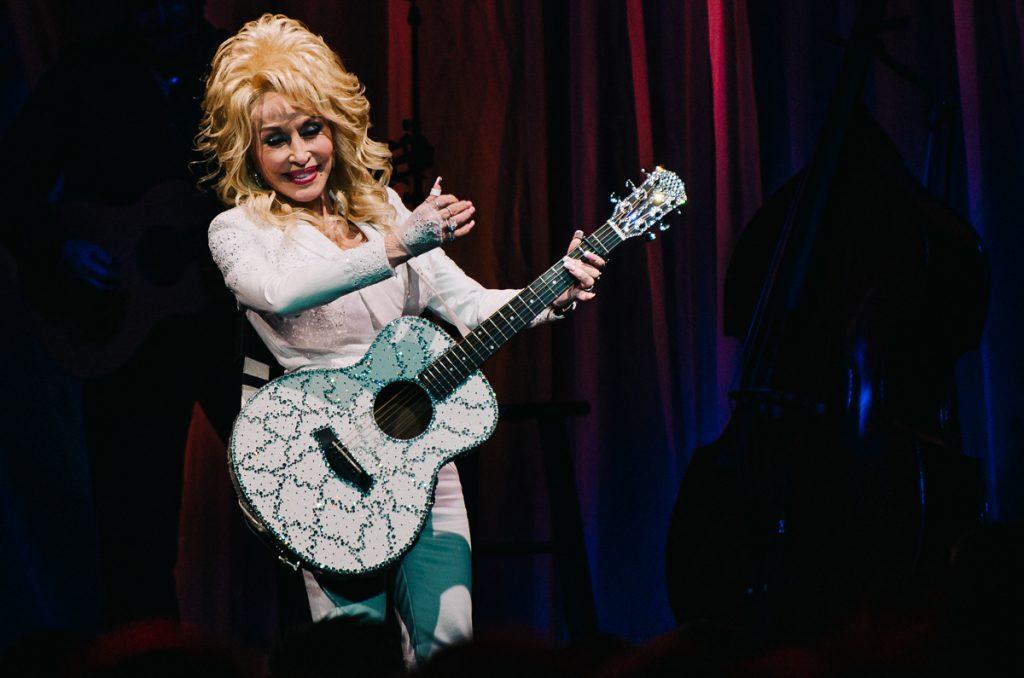 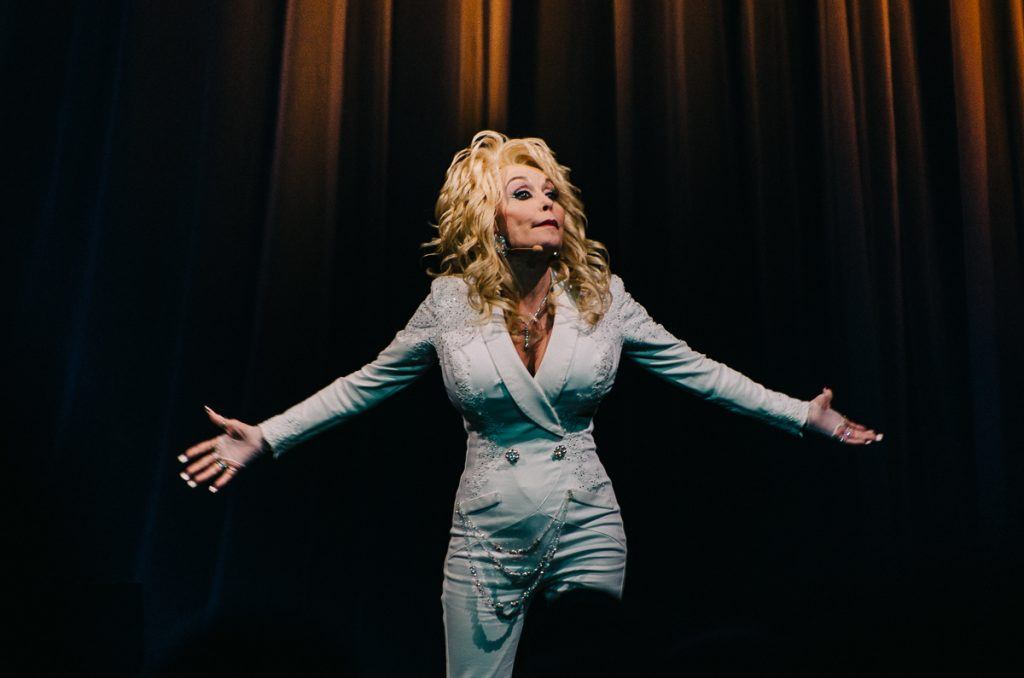 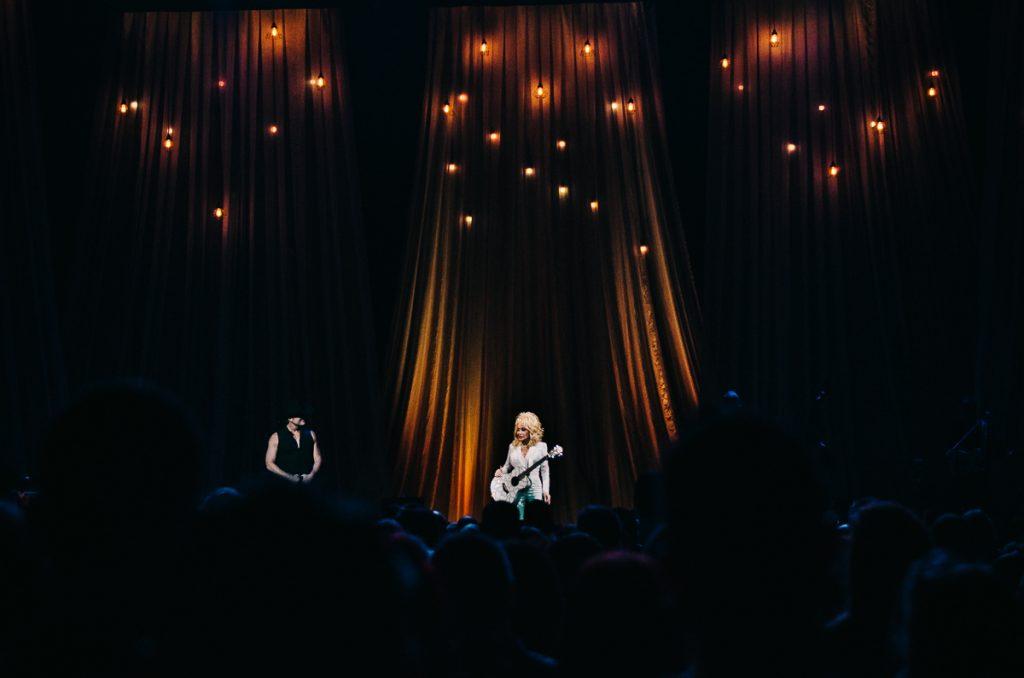 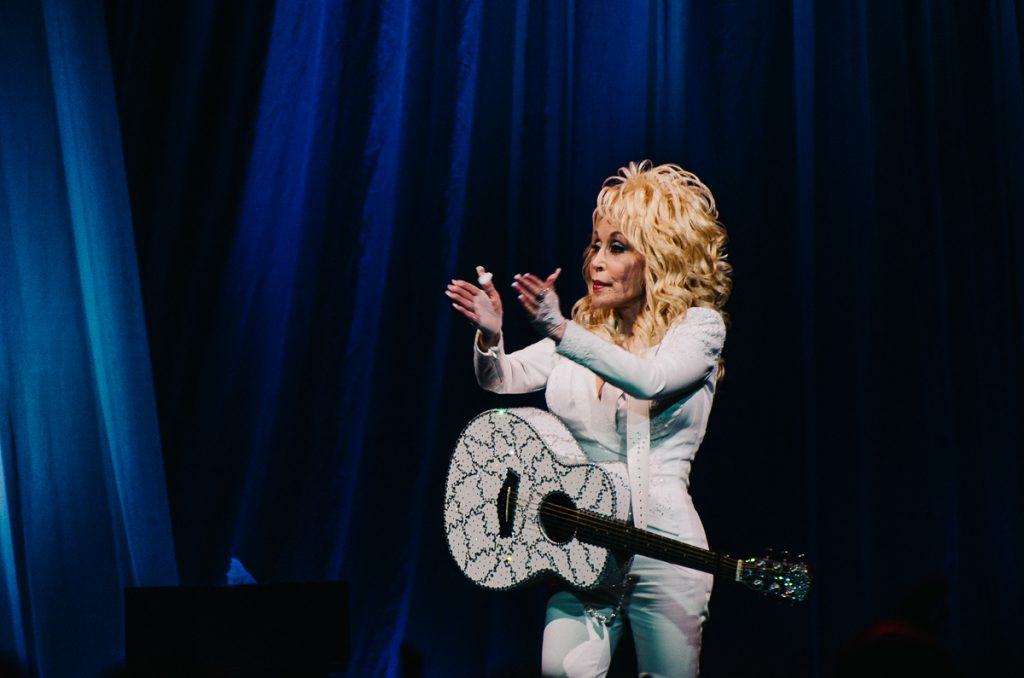 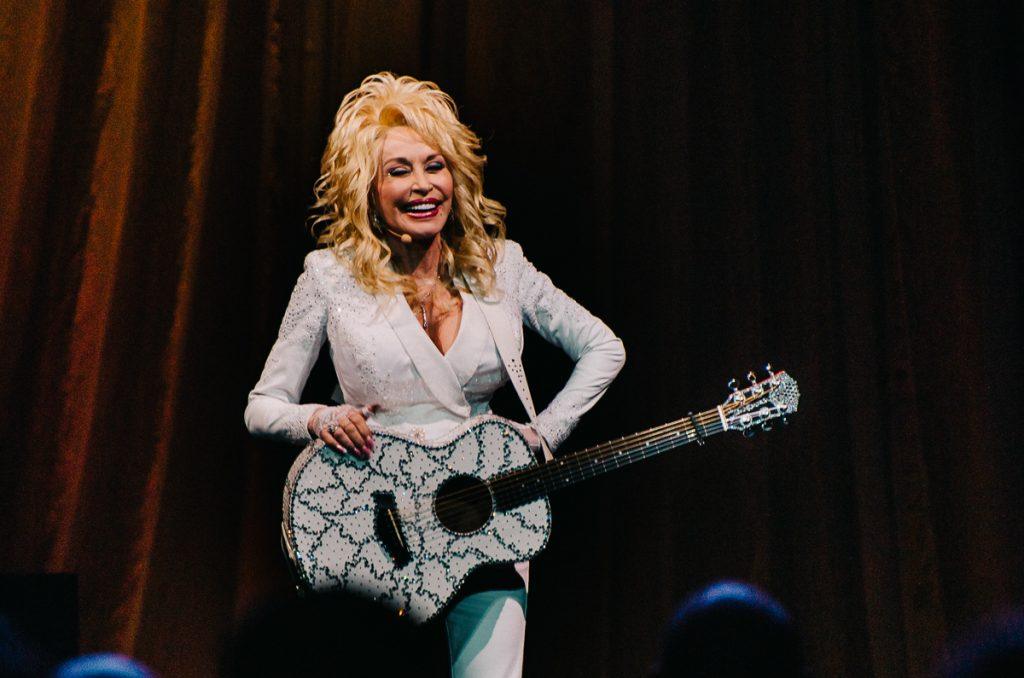