Cirque du Soleil’s KOOZA opened in Vancouver at Concord Pacific Place on October 29 with a gorgeous opening night gala that served up a return to the origins of circus.

KOOZA began in the magical way that most Cirque shows do, with simple and symbolic imagery. In this case, it was in the form of the ‘Innocent’ character dressed in black and white stripes, attempting to fly a kite when a box is delivered to him. Out pops ‘The Trickster’ (a ringleader type character) who transforms the stage into the world of KOOZA by adding colour, even to the ‘Innocent’s’ costume, full of hilarious clowning acts and acrobatics. 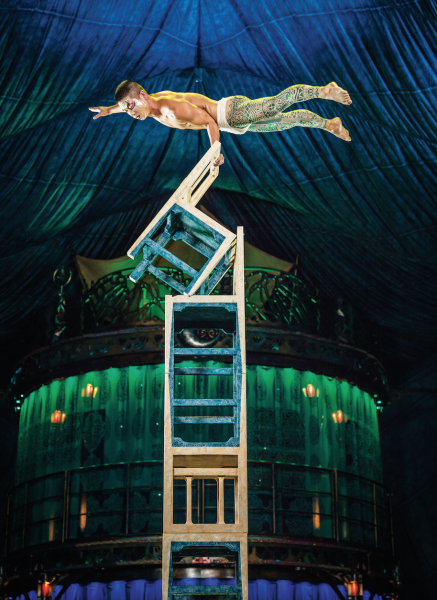 The acrobatic acts featured in KOOZA were some of the most creative and terrifying feats to witness as an audience member. One act that was truly unique was a combination between unicycling and lift work wherein the male performer lifted his female counterpart effortlessly as he cycled around the stage. The act that kept the audience in a state of suspense however was a mix of chair stack and balancing that almost reached the top of the tent. The audience was silent as the performer skillfully and slowly climbed, placing chairs in the exact spot so that he could balance on top of them. It was thrilling but also mind boggling to witness. From trapeze artists to tightrope walkers, the rest of the acts were a nod to traditional circus forms but had a unique twist to each of them, always keeping the audience on the edge of their seats.

The audience participation provided by the clowns was hilarious and provided the perfect tonic to the acrobatic acts. But, unlike most Cirque du Soleil shows, where the clowning seems to be a time filler so circus performers can change costumes or a set piece can be put into position, the clowning really was a featured act of its own. Led by Gordon White as ‘The King’, the clowns had great commitment to their physical comedy and authentically performed a clowning set, not shying away from the cruder side of the art form. The spotlight on the clowning was well-deserved and provided the perfect comic relief needed between the intense and jaw-dropping acrobatic acts. 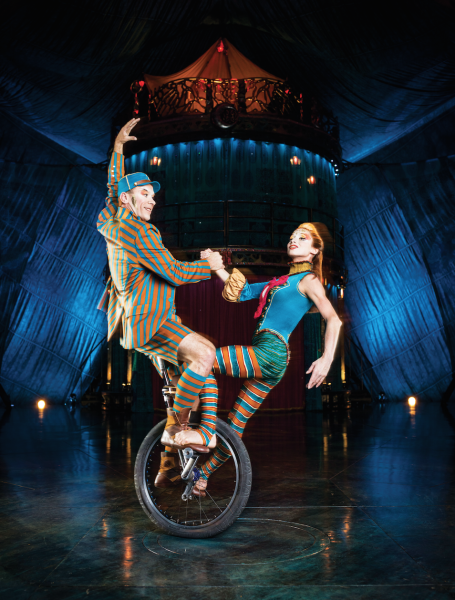 As always, the music of Cirque includes lyrics that belong to no existing language (almost gibberish) and this is a beautiful way of inviting the audience into the story by making it all-inclusive. The musicians are an act in themselves, and at one particular moment, a transition occurs where the drummer is featured in the middle of the stage. It really shows how every participant in the show is of equal importance and each is provided a moment to shine.

Sometimes with Cirque shows, the plot can really get in the way of the big picture of the show. With KOOZA, they present a simple story of an adventure to a world of colourful creatures and characters who make up the acrobatic and clowning acts. Due to this, the audience can give the right amount of focus to the artists and their gravity-defying acts rather than trying to sort out what the story of the show is. 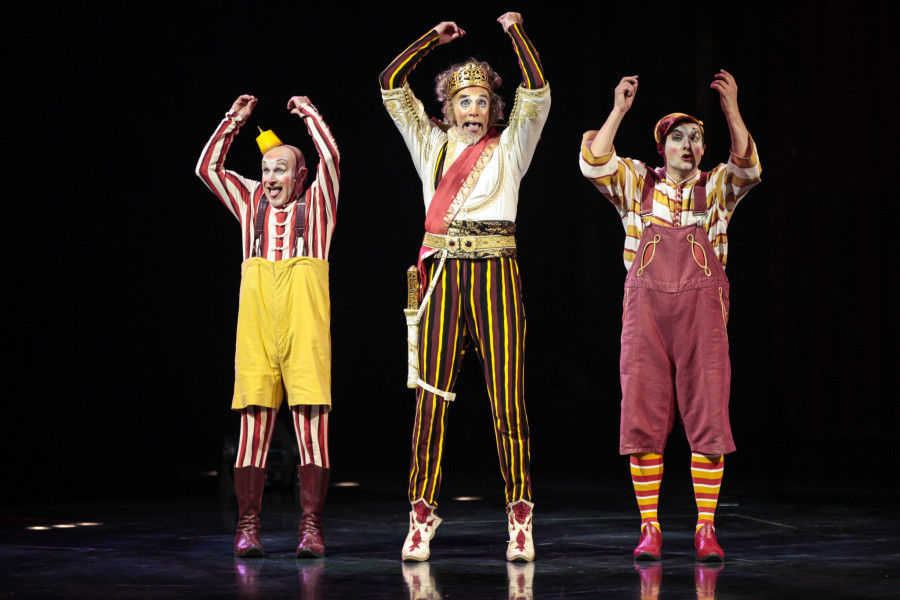 KOOZA is a return to the grassroots of circus. By employing this simplicity, it spotlights not only the performers talent but their true artistry. Cirque du Soleil’s KOOZA is an breathtakingly entertaining evening out in Vancouver that shouldn’t be missed.

Here is a video preview of Cirque du Soleil’s KOOZA: