EastSide Pride is making a comeback in Vancouver. Gone are the days when we only associate Pride with the West End and Davie Street. As we celebrate Vancouver’s 35th anniversary Pride week Bambudda hosted an Asian themed EastSide Pride night, Return of the Red Lantern. Bambudda, a newly opened Asian fusion restuarant was the perfect venue for such an event. 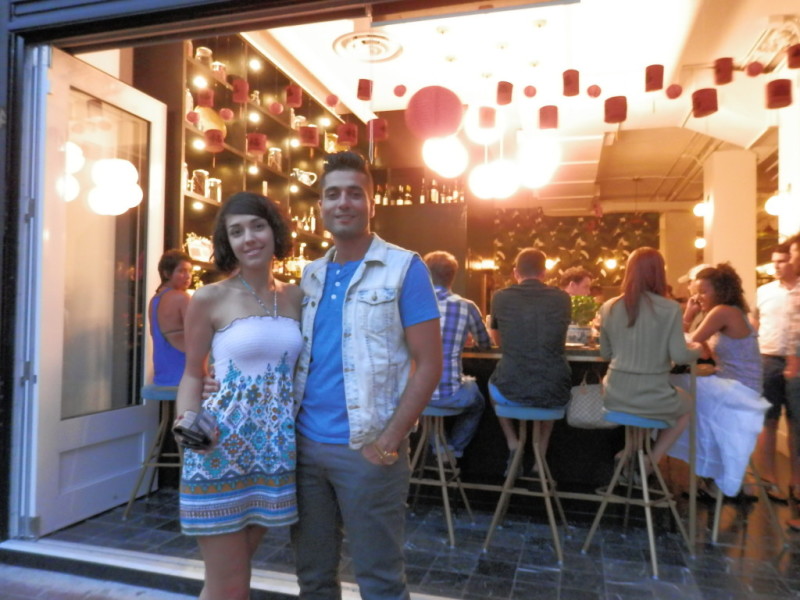 Return of the Red Lantern brought together the community and people of all walks of life. That is what EastSide Pride, and Pride in general, embodies. Its about being proud of your community, and celebrating it’s diversity; a diversity in sexual orientation, race, and culture. Return of the Red Lantern celebrated that pride by inviting the community to enjoy and share the cosmopolitan flavours at Bambudda. This night was also meant to bring back the once popular gay Asian nights that would bring people from all over the US. 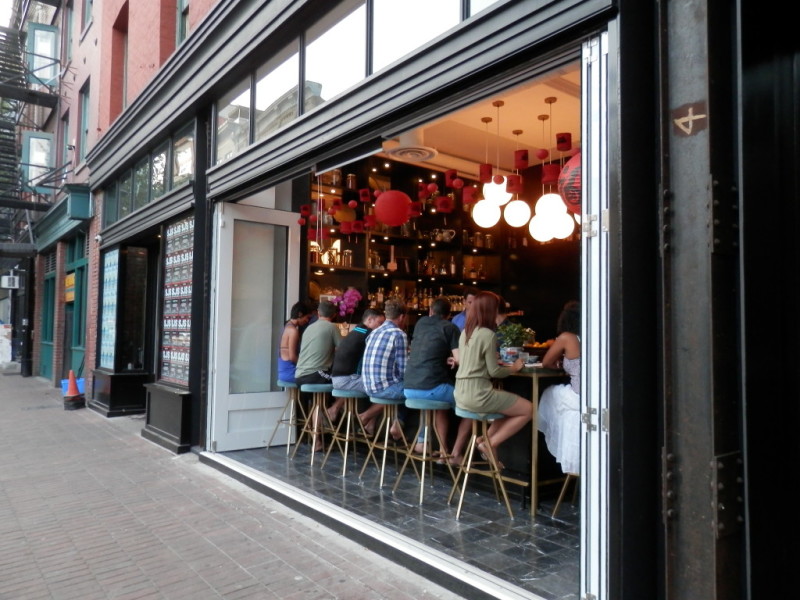 Bambudda is located on 99 Powell Street, but you would not have required a second look at Google maps to find it. The red lanterns that night drew you in as Vilken and Tim (Feature image Left to right) put it. Garth Jackson, the event organizer, told me that the red lanterns signifies good luck as well as celebrating Bambudda’s first month in Gastown. In Chinese tradition, babies weren’t introduced to family and friends until after a month of his or her birth, so Return of the Red Lantern was also a celebration of Bambudda’s first month in business. The concept behind this event was also meant to celebrate the history of it’s location. Powell Street used to be the Japan Town of Vancouver. The red lanterns conjured up nostalgic feelings, whether experienced on or not, of how the area used to be. 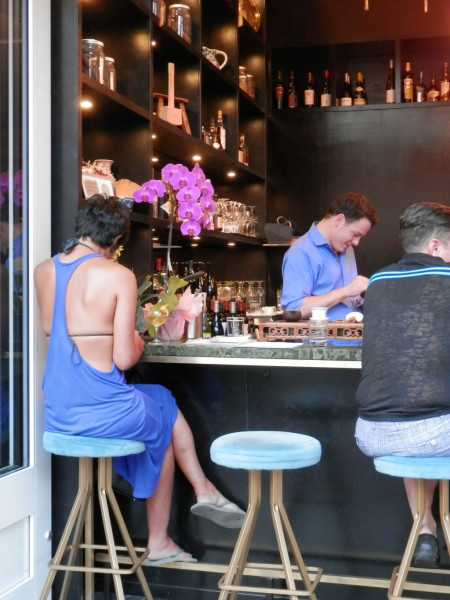 Bambudda has made it’s home in the perfect location in Gastown, known for its eclectic food scene and culture. Ray Loy, Bambudda’s owner, was inspired by his childhood for the location and menu. Having grown up in Strathcona, it only seemed natural to choose Gastown as Bambudda’s home. The menu was artfully inspired by Ray’s childhood memories of foods he had in Chinatown and his mother’s cooking. Executive chef Keev Mah, chef de cuisine Christine Deyoung and sous chef Douglas Chang (all three Red Seal Chefs), took Rays passion for high quality homestyle Chinese cuisine, and created Bambudda’s exquisitely crafted menu. 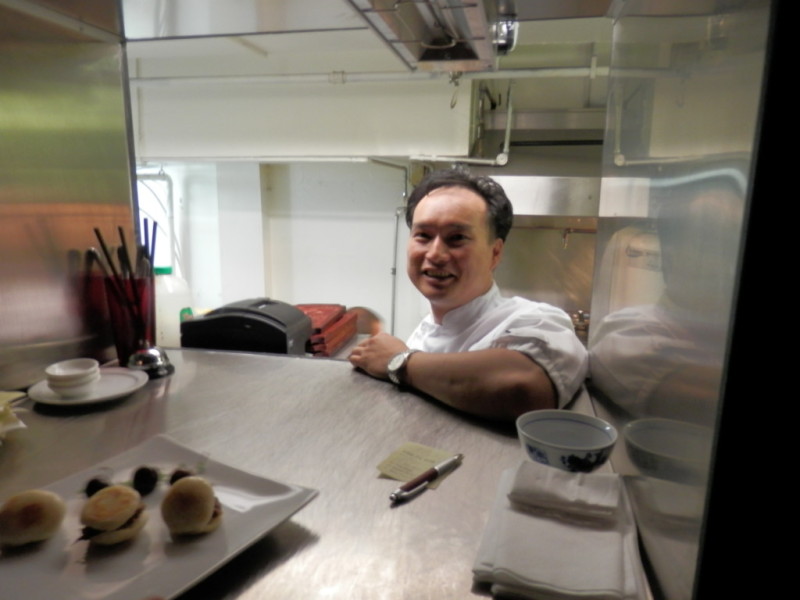 Ray wanted to create a place where the community can gather a enjoy Chinese cuisine minus the fast paced nature of many other Chinese restaurants. Ray said, “I’ve always enjoyed Chinese food, but not typical Chinese restaurants,” while he elaborated that many don’t offer a cozy feeling that you can sit and relax while sipping a cocktail. Their menu consists of Chinese tapas with a French flair and are meant to be shared.

On Tuesday Bambudda offered a special Red Lantern Tasting Plate that allowed one to taste three of their specialties that are currently found on their menu. 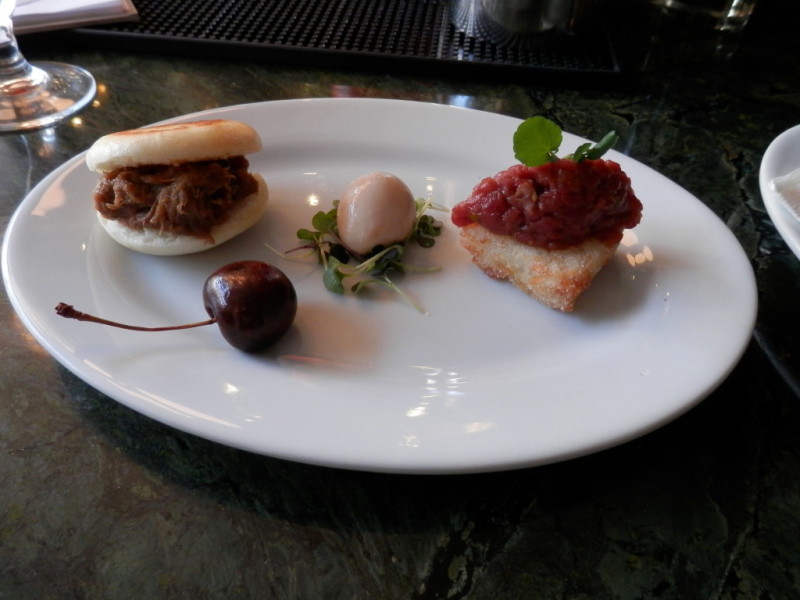 From left to right is Bambudda’s BBQ Pork Bun with pickled cherry, Tea Egg, and Bison Tartare. The bun on the BBQ pork bun was exquisitely soft and slightly sweet that paired so well with the perfectly spiced BBQ pork filling. I loved that the filling was tender and moist and the tart pickled cherry really balanced the flavours allowing for a very multi-faceted experience on the taste buds. The tea egg was unlike any tea egg I have ever had. It wasn’t dry or salty, but had a creamy yolk and deliciously smooth texture and tea flavour. The Bison Tartare was amazing and so flavourful, yet was done in such a way to truly enjoy the natural flavours. I loved that it was paired with a crispy and slightly chewy rice cake, which really paired nicely with the texture of the tartare. As a fan of beer I happily enjoy all three with one of their many beer options. But Bambudda also offers an amazing couture cocktail list that transcends your idea of classy cocktails. 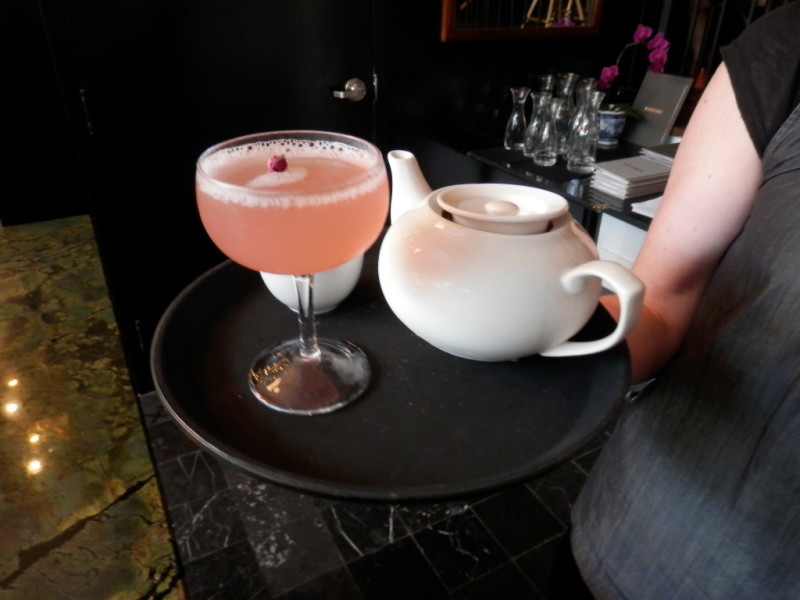 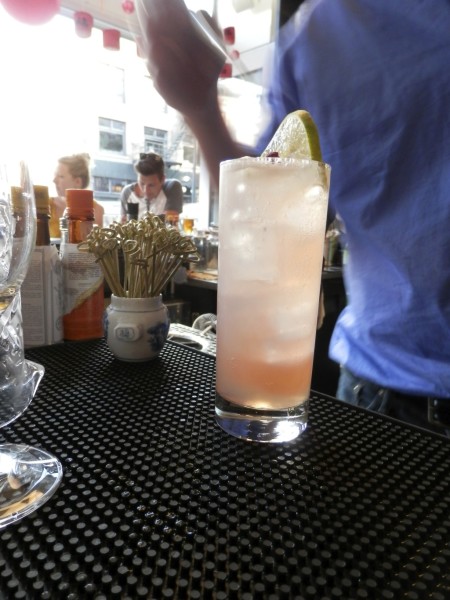 Their cocktails are all Chinese inspired and use traditional Chinese herbs that have medicinal qualities. One example is is the Smoking Buddha cocktail that contains a ginseng tincture.

The atmosphere of Bambudda is exotic and ethereal, especially when the sun sets and the glowing lamps create a dreamlike ambiance reminiscent of another world. The “Romantic Alley” (shown below) in the deep depths of Bambudda provides an intimate space that is perfect for couples. The antique china with dried flowers evokes a vintage Asian feel within a modern space that parallels the flavours Bambudda offers on their menu. 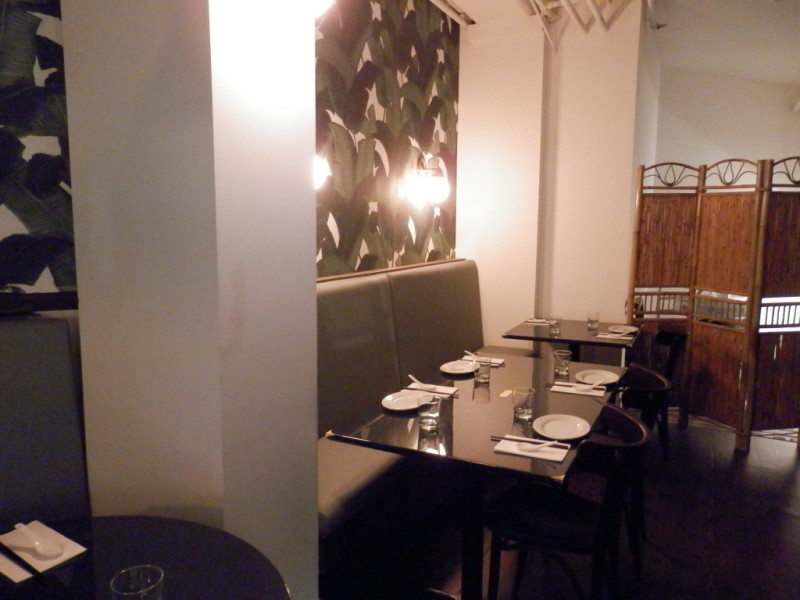 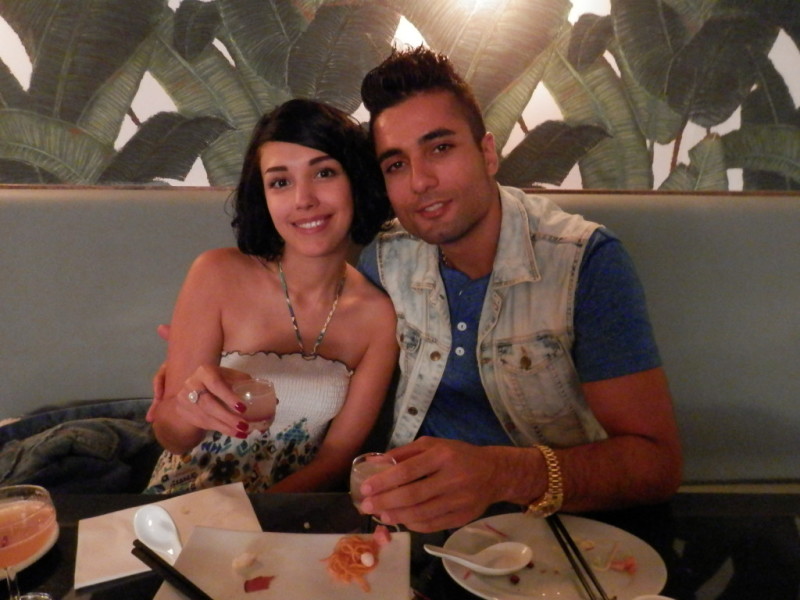 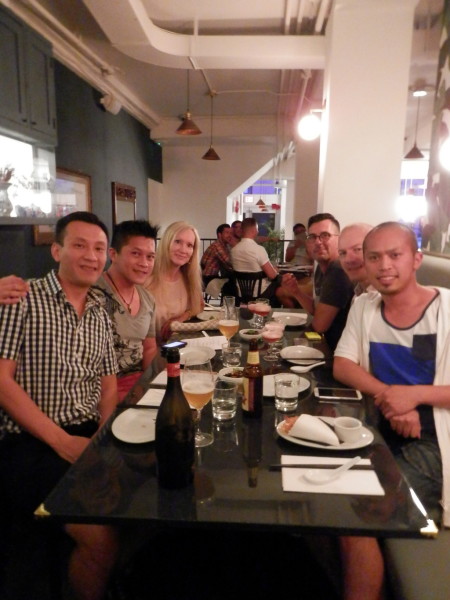 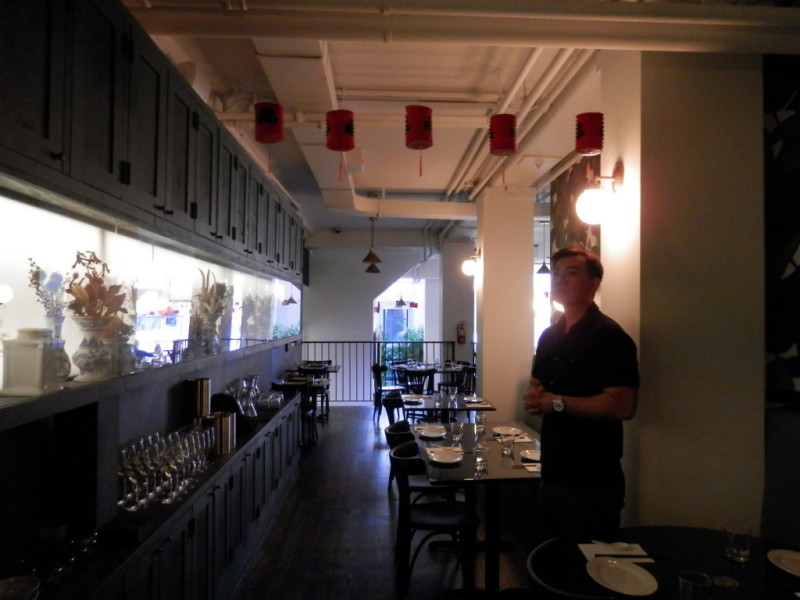 Ray Loy, the mastermind behind Bambudda 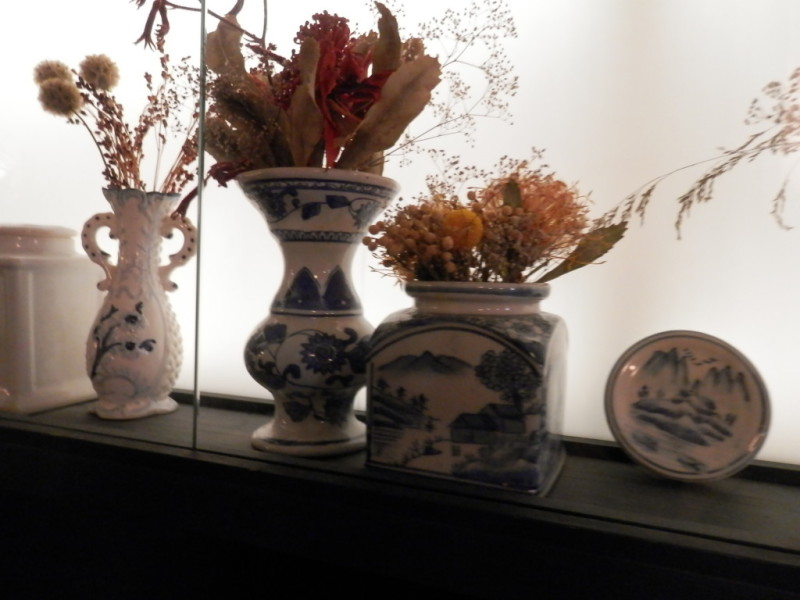 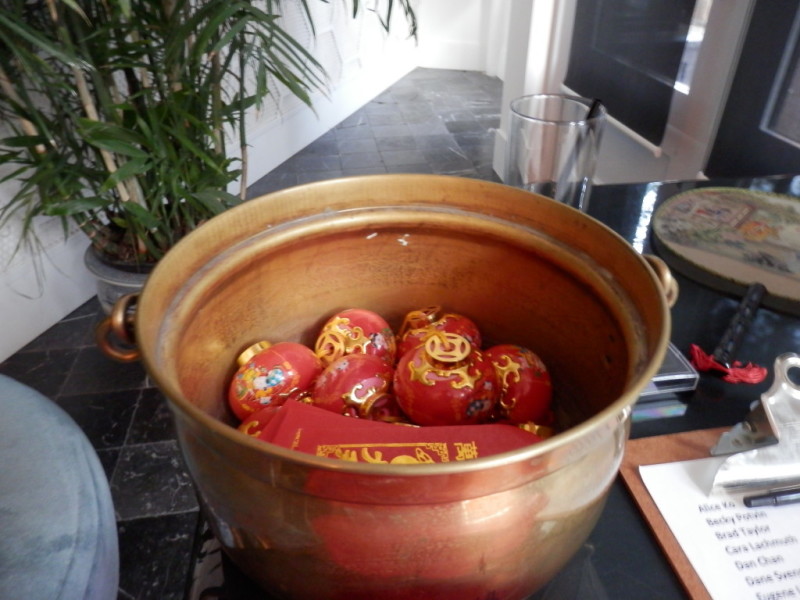 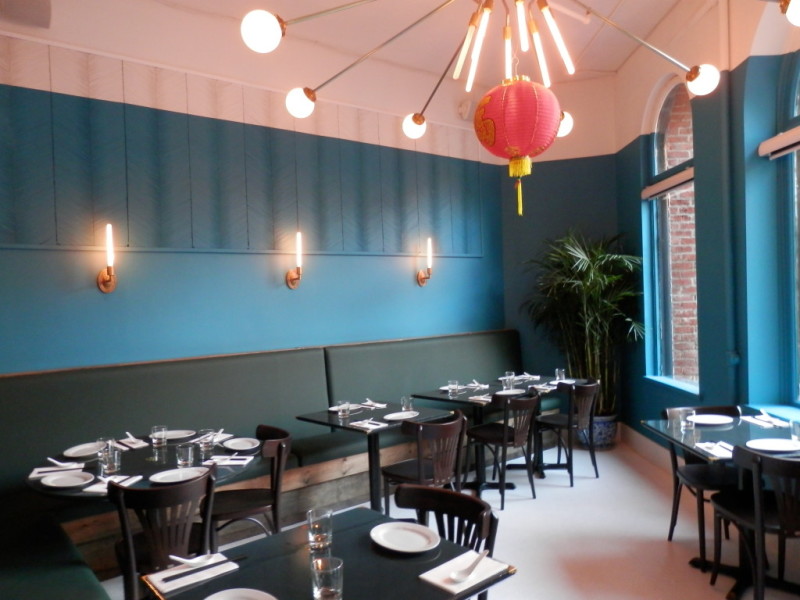 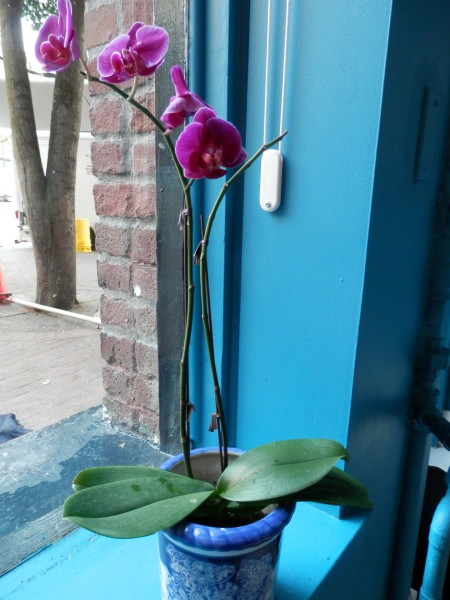 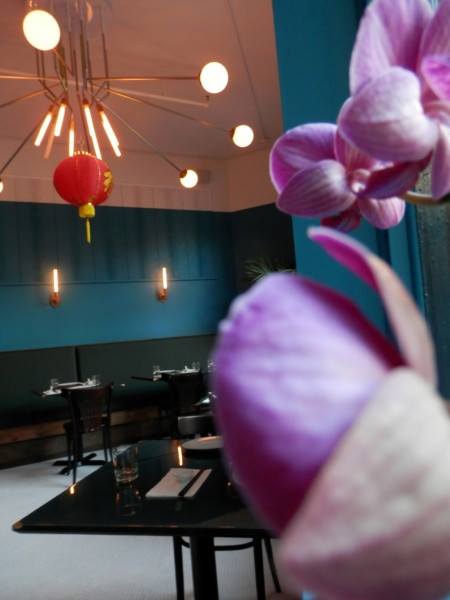 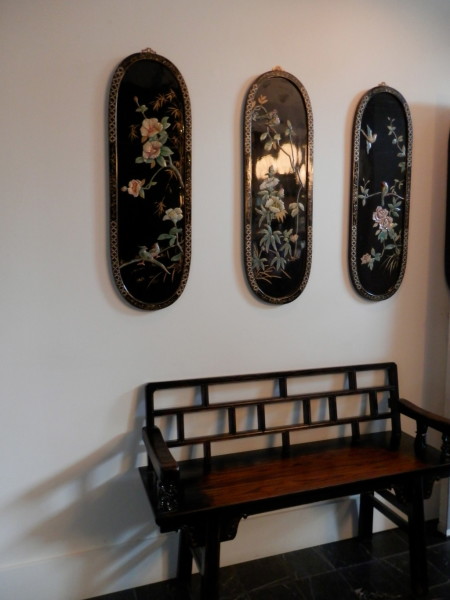 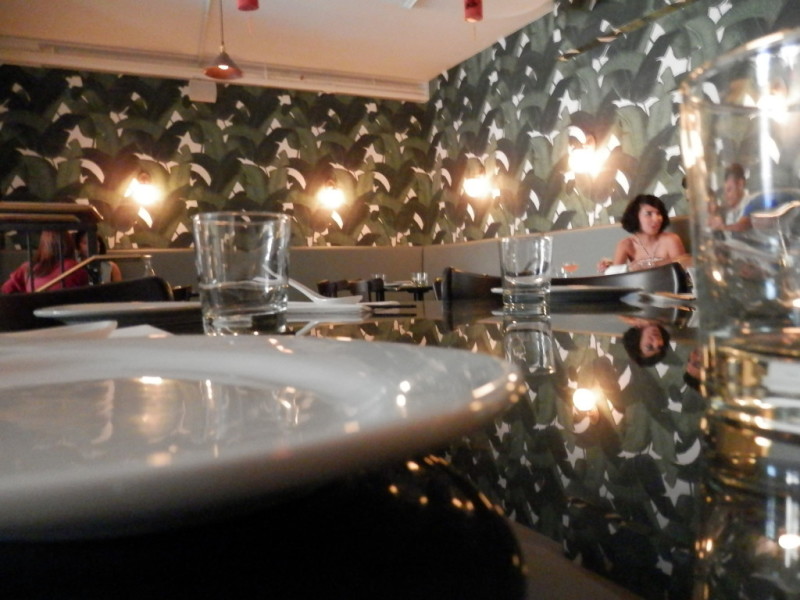 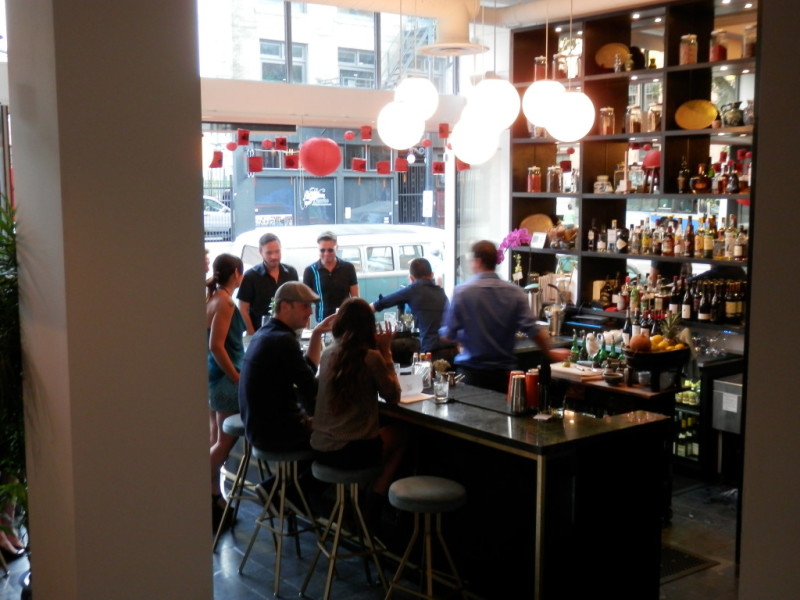 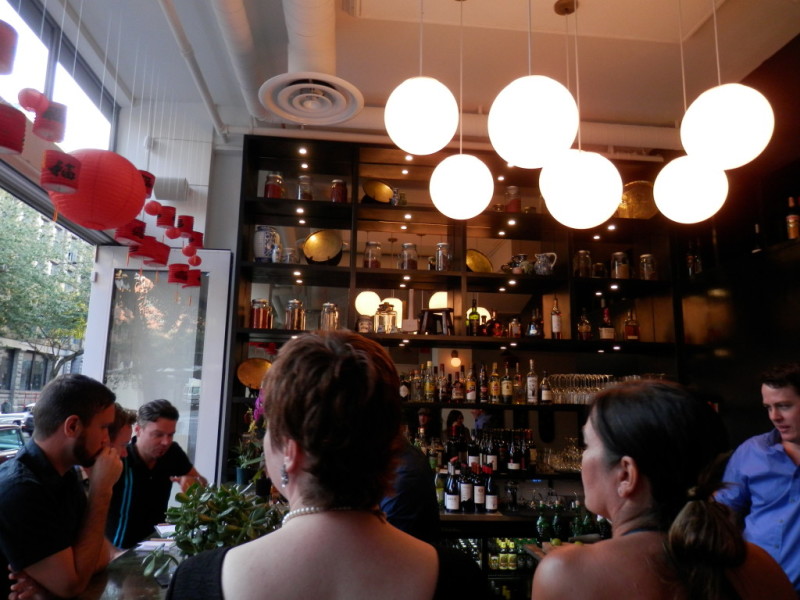 Bambudda is definitely a gem of Gastown and upholds the culture and eclectic nature of our city. We celebrated EastSide Pride that day, but Bambudda’s presence and the growing culture in Gastown and all of Vancouver reminds us that Pride should be celebrated 365 days a year. Cheers to Pride Week and the joys of sharing good food with friends, family and fellow Vancouverites. 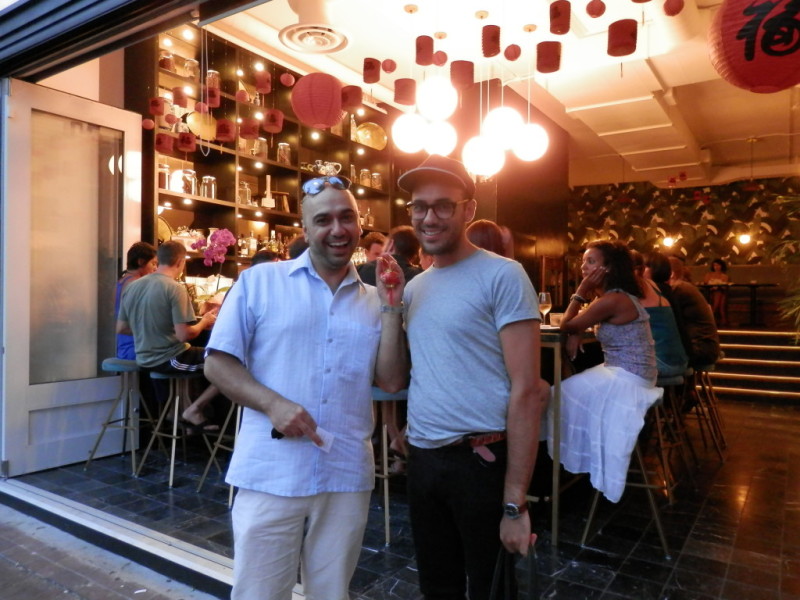 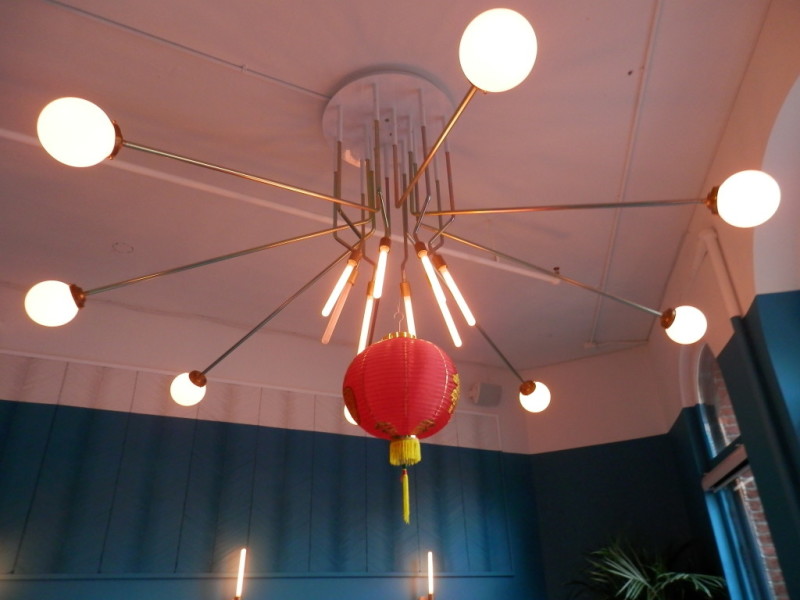 Written and researched by Tiffany Kaczmarczyk, a Contributor for Tangoo at Vancity Buzz. Connect with Tiffany on Twitter @tiffkitty13