Tucked away on the end of Hamilton Street in Yaletown, Cache Bistro brings the atmosphere of a Parisian eatery to Vancouver. Red velvet covered booths and dark wood tables give the restaurant a romantic and inviting vibe. Above the kitchen hangs a chalk board with today’s prix fixe menu. A staple in France, the prix fixe is a three course menu of the day for a set price of $35 every night. The outdoor seating with white tablecloths makes for an upscale patio experience.

The head chef and owner of the restaurant is Alex Mok, who after graduating from Simon Fraser University, decided to pursue his passion for cooking. It lead him to working at the Fairmont Chateau Lake Louise Hotel, and Fairmont Waterfront Vancouver Hotel. While working at L’Hermitage, Chef Mok worked under Chef Herve Martin who used to to be the private chef of King Leopold of Belgium. At Cache Bistro you are three degrees of separation away from a king! With his experiences, Mok made the decision to take his passion one step further, and open up his own restaurant.

The menu features the french classics you would search out – foie gras, steak tartar, croque madame and cassoulet. There are also though some twists on classics. The French love their duck, but every knows they are very traditional. Alex has created a Duck a l’Orange, with some Mediterranean couscous on the side to add his own touch. Staying true to his Asian roots, originally from Hong Kong, a Miso Salmon is complimented with seaweed infused risotto. Pan seared scallops with decorative edible flowers on a bed of quinoa is perfect for those seeking out something ultra-healthy. With ingredients though like gruyere and creme fraiche, which are hard to come by in Vancouver, you know the menu values authenticity. 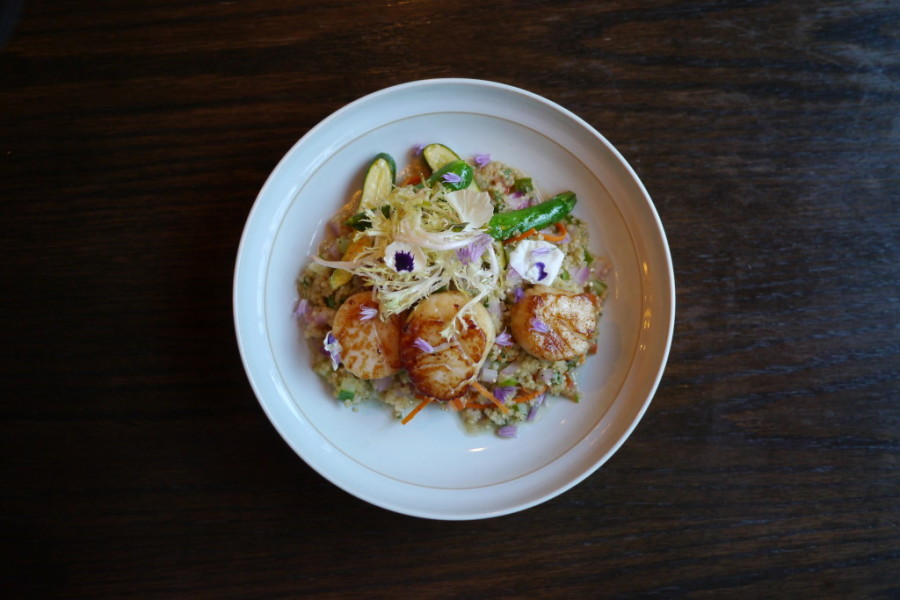 The lounge menu is just as alluring as the restaurant menu, so it’s difficult deciding which side of this charming little restaurant to choose. In the lounge, you can opt for the Paris Picnic with a mix of cheese and bread. There is also the infamous Raclette, a traditional French melted cheese to pour over seasonal vegetables.

Of course, one thing the French know best is dessert. At Cache Bistro, make sure you save room! But then again, French cuisine is always built with smaller portions so you make it all the way to the good stuff. It’ll be hard choose! The desserts at Cache are definitely inventive, for example the Gateau au Fromage Bleu, which is a blue cheese cake balanced by cherries. The Caché S’more takes a bonfire classic to the gourmet level and the pavlova is a delicate meringue with fresh strawberries. Those are just a few of the items on the list. If you want art on a plate, and feel a real need to impress your date the Profiteroles de l’Amour are the way to go. 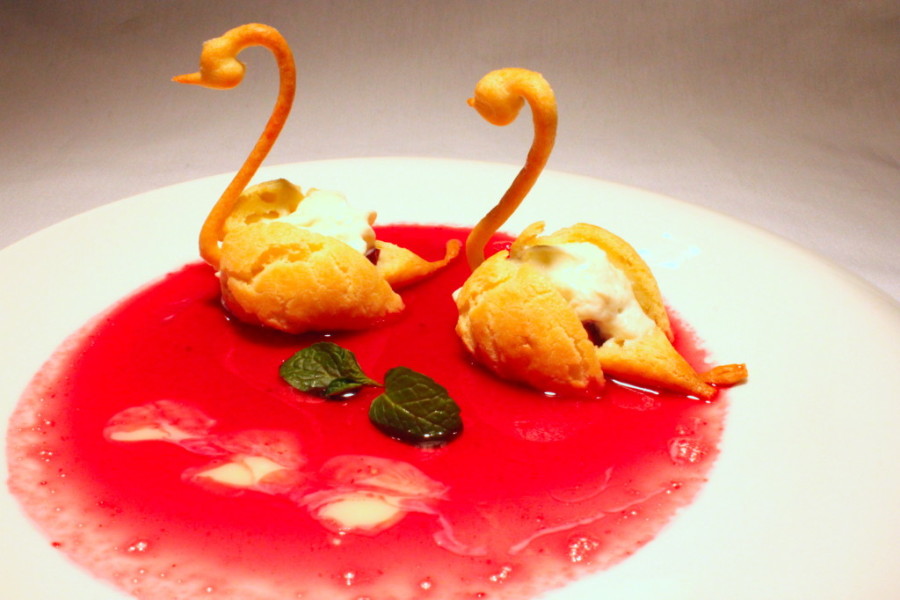 Zoe, Chef Alex Mok’s wife, can be found floating through the restaurant sweetly checking up on tables and refilling water glasses. A cozy space, with a brick sidewalk right outside the door, it isn’t hard to imagine you are off in France except that of course it has that multicultural and playful Vancouver touch. Cache Bistro is the perfect spot to bring a date, your significant other, or simply catch-up with a friend and feel like you’ve stepped off the Yaletown sidewalk into another world.

Written and researched by Alina Anghel, a Contributor for Tangoo at Vancity Buzz. Connect with Alina on Twitter @cheriealine.