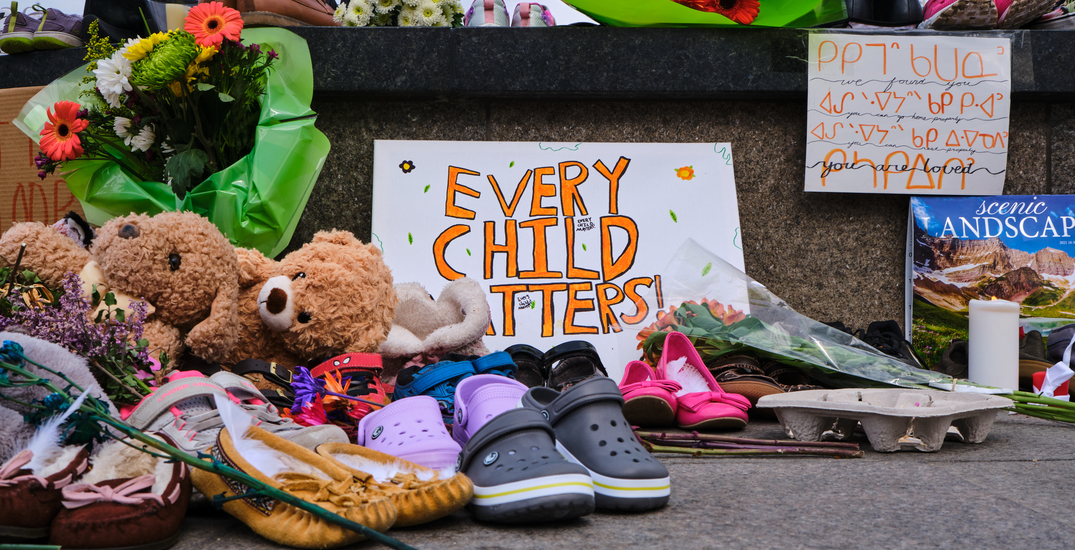 Hundreds of thousands of people have signed a petition calling on the federal government to hold a National Day of Mourning for the children who died in residential schools.

The Change.org petition was launched on June 1 following the announcement that 215 children were found buried on the Kamloops Indian Residential School grounds.

“The tragedy is unimaginable. Survivors of residential schools and their families carry the burden of this tragedy,” the petition reads.

“It is due time that Canada as a whole also share this burden. These deaths impact every person in this land, and so it’s important that we all come together to mourn.”

The petition calls on all Canadians to reflect on this “dark chapter in history,” noting that the legacy of residential schools is lived each day by the families of the children who died.

The Tk’emlups te Secwépemc First Nation announced that ground-penetrating radar had confirmed a mass grave at the Kamloops Indian Residential School on May 27.

The findings are “preliminary,” they said, and the survey of the school’s grounds is expected to continue until mid-June.

“To mourn together is to heal together,” the Change.org petition reads.

“Let us all come together to remember all those impacted by the horrors of the genocide committed on these young souls, and let’s do so in the spirit of true reconciliation.”