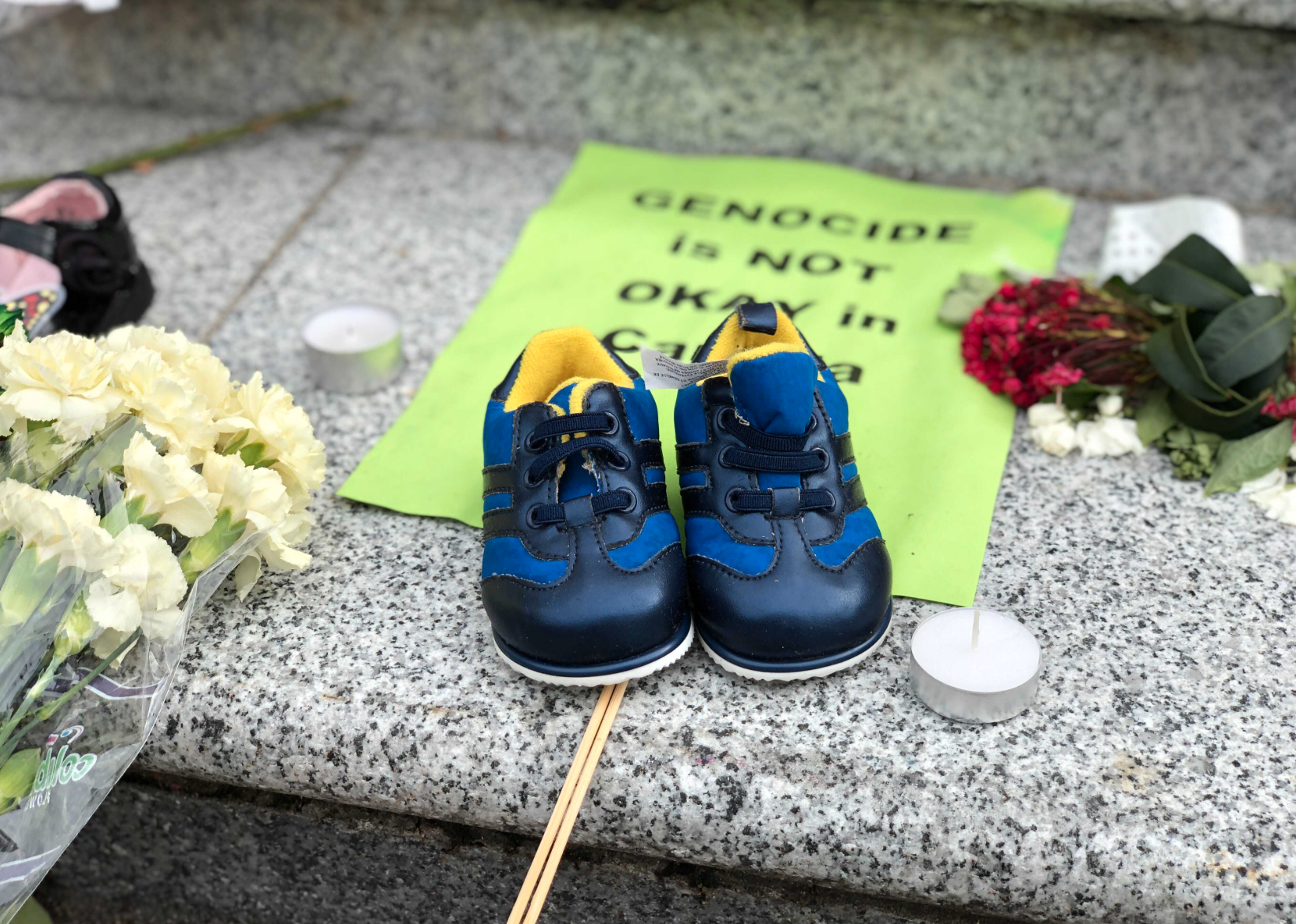 Federal NDP leader Jagmeet Singh is calling on the Government of Canada to examine all residential schools to determine whether mass graves are hidden on their grounds.

Singh said the federal government needs to fully fund the investigation and work with Indigenous communities to look into former schools across the country.

“The sad reality is, this isn’t the last site,” Singh said at a press conference on May 31.

“Indigenous communities deserve to have the justice of making sure that every site like this is uncovered.”

The comments come just days after the remains of 215 children, some as young as three years old, were found buried at the Kamloops Indian Residential School in BC.

Calling the discovery a “painful reminder” of the genocide of Canada’s Indigenous peoples, Singh urged the government to take “concrete” action instead of making symbolic gestures.

He noted that only 12 of the Truth and Reconciliation Commission of Canada’s 94 calls to action have been taken since its report was released in 2015.

“This is not a distant country. This is here in Canada. And the genocide was against Indigenous people. And it is a genocide that is ongoing.”

Vancouver Mayor Kennedy Stewart has issued a likewise request, calling for all sites to be “expertly examined under the guidance of local First Nations and Knowledge Keepers,”

Stewart is also urging the government to provide funding to help identify the children found at the Kamloops school so that they can be reunited with their family and their land.

Below is my full statement on confirmation of the remains of 215 children at Kamloops Indian Residential School.

My heart is with the Tk’emlúps te Secwépemc, local First Nations, and all indigenous people that continue to live with Canada’s legacy of genocide. #bcpoli #cdnpoli pic.twitter.com/bZwTDzjXnk

“The reality is, this is not a surprise,” Singh said. “This is the reality of residential schools.”

“Two hundred and fifteen little kids whose parents never knew what happened to them.”