In the second week of our “Rescue Me” pet adoption series, Mahsa Razavi shares the amazing story of how a blind street cat won her love.

Razavi said her heart nearly broke the first time she saw a picture of her cat Massih on the Facebook page of an Iranian animal rescue group.

Horribly matted and missing many teeth, the blind orange cat was picked up on the streets of Tehran, and had to undergo several surgeries. 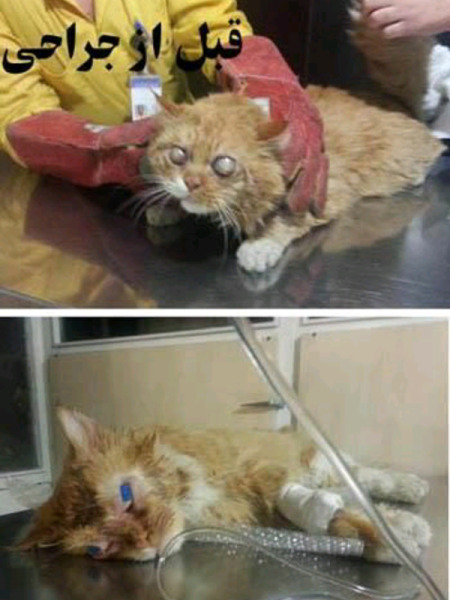 Massih after being picked up on the streets.

While Massih recovered in the home of a volunteer, Razavi began the arduous task of trying to arrange to have the blind cat flown to Canada. She spent three months looking for visitors going to Tehran that would be willing to travel with the street cat “who hated humans.”

“The volunteer told me he is a very wild cat and you should send him to a sanctuary,” Razavi told Vancity Buzz, adding that several people discouraged her from adopting the wild feline.

“But I was sure everything was going to be okay. I just wanted to give him a good life after all he’d been through.”

A private organization in Iran helped Massih prepare for his 10,000 kilometre plane journey, and in April 2013, the Iranian street cat arrived at Vancouver International Airport.

Razavi was there to meet him with open arms. 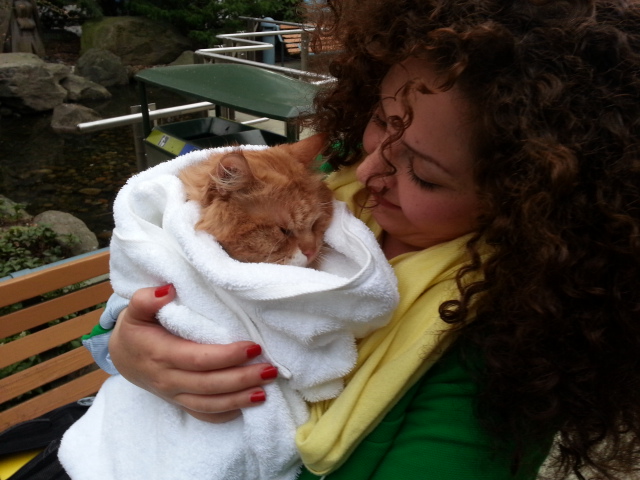 Picking up Massih at the Vancouver airport.

The Maple Ridge resident said the terrified cat didn’t touch her for the first three months living in her home, but Massih bonded strongly with her other cat. Then one day, out of the blue, Massih just fell in love with the woman who fought so hard to save him.

“After a few months he came to my bed and slept beside me. I was so happy and crying,” she said.

Flash forward two years, and Massih constantly wants to be beside Razavi and her husband: sleeping in their bed and lounging on the couch while they watch TV. 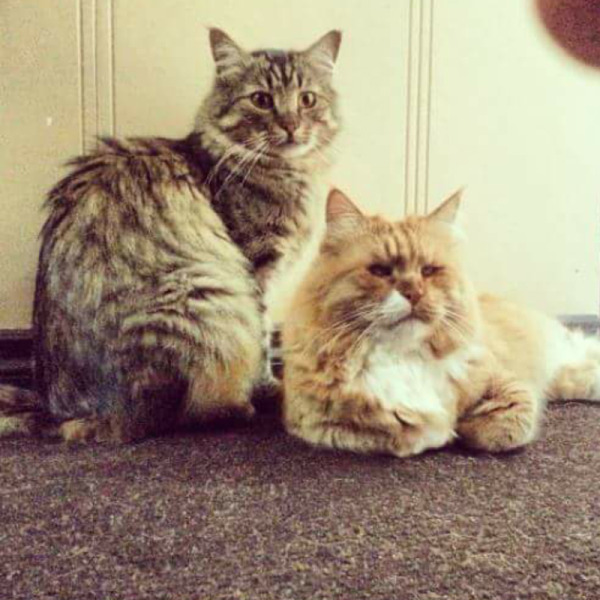 Massih and his kitty sibling.

They have no idea how old Massih is, or what he went through on the streets, but they consider themselves fortunate to have him.

“The doctor in Iran says he is around 10 or 12 now, but I think he is younger because he is very playful,” Razavi said. 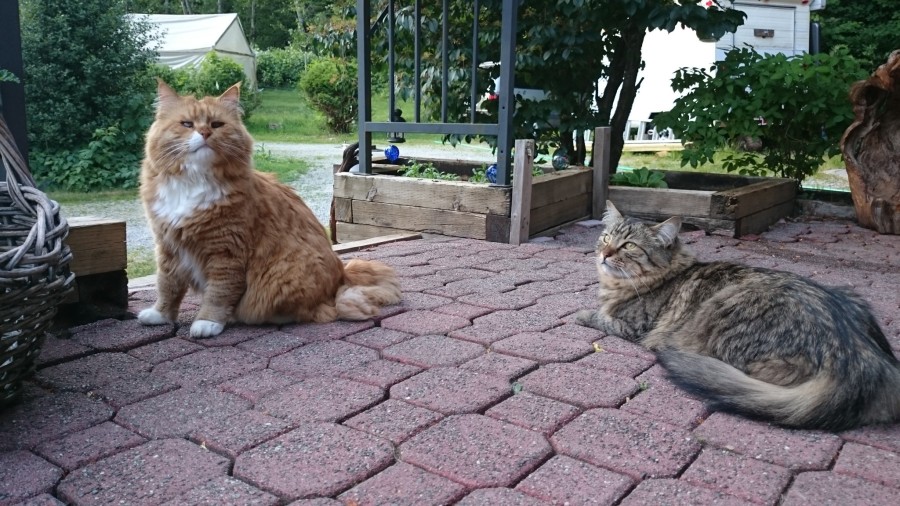