Almost exactly 10 years ago, Julie Thorsen and John Christensen welcomed a severely malnourished Doberman named Penny into their lives. Suffering from painful condition called demodex mange, the emaciated puppy’s plight made the local papers and, as a result, brought in lots of cash – and support – for the Surrey SPCA.

Penny’s recent passing left a hole in their family, and the couple started thinking about adopting again. It just happened to coincide with the timing of the “Langley 66” seizure: dozens of neglected animals taken in by the BC SPCA from an accused backyard breeder.  The animal welfare agency says the dogs were kept in horrific conditions: dark, unheated barns and packed into crates with little to no human contact. 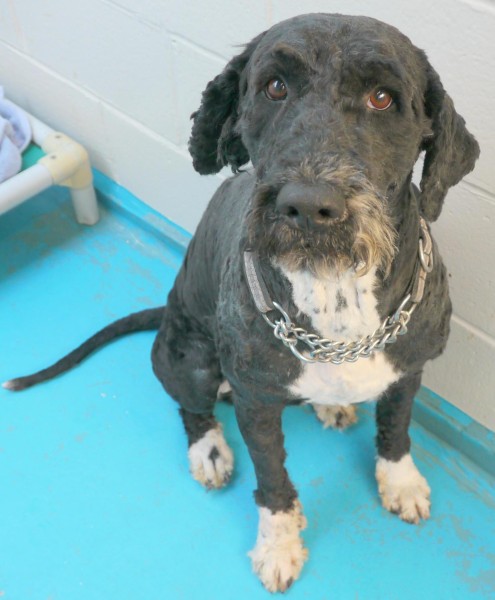 That included Obi. Emotionally shut down “after living in such horrendous conditions,” John and Julie made the decision to foster the Portuguese water dog after coming seeing him on the Vancouver SPCA website.  But foster parenting didn’t last long.

“We soon fell totally in love with him and officially adopted him just last week,” Julie says of their new dog, now named Odin.

As a happy “foster fail,” Odin now lives in White Rock with their two Dachshunds, Lola & Loki, and his days are spent frolicking at the beach, long walks around the neighbourhood and cuddles. 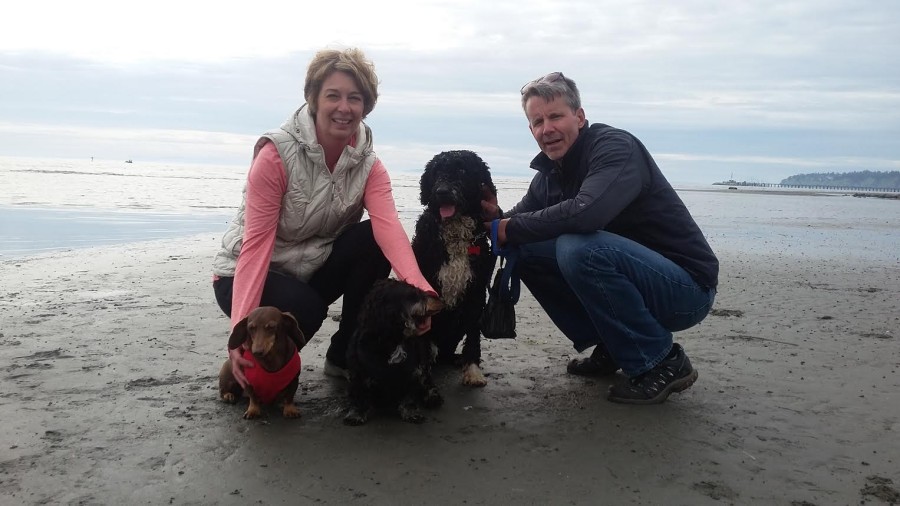 In this edition of Rescue Me, Julie Thorsen shares the story of Obi in her own words, and how patience and love coaxed this shut down dog out of his shell.

Obi was not so much anxious, it was beyond that. He was extremely shut down and dead inside. He would let us touch him and cuddle him but would not look us in the eye or express any affection in return. The one thing I have witnessed doing previous fosters and adoptions of rescues is that dogs recover very quickly once they are in a calm and loving environment. It took about two days to get his tail wagging.

We used calm, gentle body language and voice, positive reinforcement of behaviours, lots of treats. We did not expose him to too many things too soon or have high expectations. Having other dogs in the house was very helpful to show him the ropes. He took cues from them. We have a small dog door and a large dog door that leads to our back yard. He was using his dog door by the second day so we didn’t have to housetrain him at all. Our little dogs did it for us! 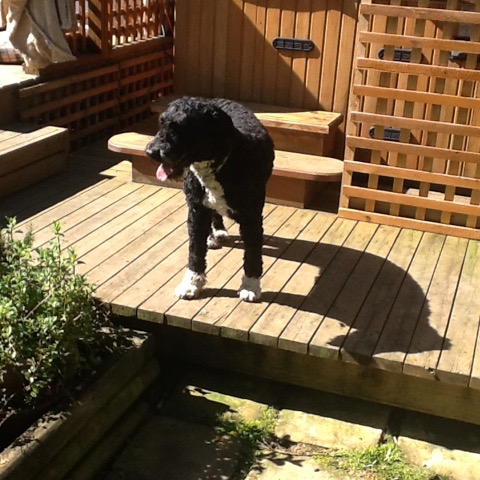 Once he started to feel better with good food, fresh air and exercise, he became playful and affectionate. Taking him to the beach for the first time was such a wonderful experience. As a Portuguese water dog he went absolutely crazy when sniffed the salt air and saw the water. He frolicked around like an awkward toddler. Lucky for him we live two blocks from the best off-leash beach in the Lower Mainland.

Obi and my husband John connected very early on in the foster. I wanted to ensure that our other two dogs would accept him first before committing to the adoption. Loki, our long haired doxie, absolutely loves him, they wrestle together all the time. Lola is adjusting more slowly as she is a bit older and set in her ways.  John now takes him to the office near Granville Island two days a week. Everyone at the office loves him and can’t stop touching his soft curly coat all day long. He is the office therapy dog now. 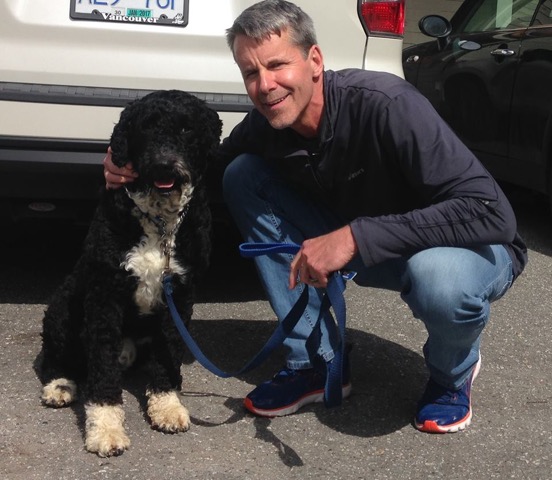 I have nothing to say to the “Greeder” from the Langley 66 seizure. You can’t fix greed or stupidity. You can, however, insist on stricter laws and penalties and the reinforcement of those laws. Address the “demand side” of the equation by educating the public on puppy mills and backyard breeders. The “suppliers,” such as these puppy mill producers, will go out of business only when we as consumers stop buying animals from questionable sources.

Thousands of dogs are euthanized every day in shelters all across North America, many of which are purebred or these “designer breeds,” like poodle mixes, that have become so popular.  Why on earth would anyone want to buy a dog knowing those statistics? Puppy mills are like factory farming now. People need to educate themselves on what a reputable breeder looks like, and they are few and far between. If you can’t view both parents of the pups and visit the environment the dogs are kept in, don’t buy!  Good breeders will also ensure their pups are going to a good home by doing home checks and taking their dogs back if the owners can’t care for them. I don’t care how fancy their website looks or how cute the dogs are. If they come from a backyard breeder or a puppy mill, chances are you are going to have some expensive vet bills on top of everything else.

We hope that this will inspire people to adopt… not shop, and also encourage donations to the BC SPCA for the amazing work they do. Rehabilitating and finding forever homes for these 66 pups was a mammoth task for the Vancouver Branch. It could only be accomplished through the unfaltering dedication of their staff, countless volunteers and generous donations from the general public.  They deserve all the accolades and support that they can get to continue this incredible work. 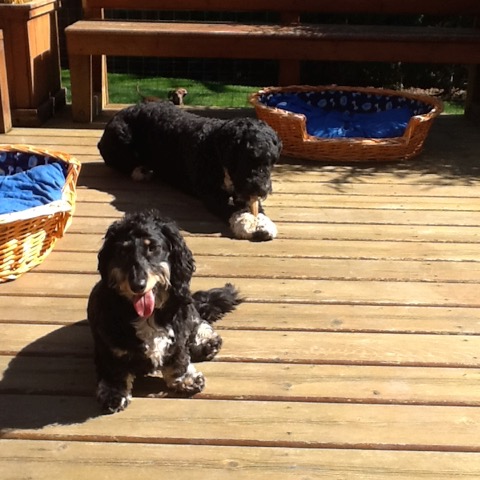 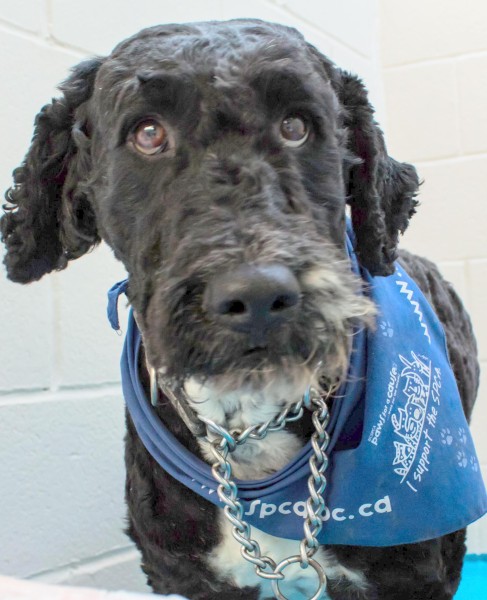 Obi in shelter, before his adoption.