Anyone who rents in the city knows how difficult it is to find a place that allows pets.

Jolie Godin went through that frustrating and nearly impossible search for a full decade before finding a pet-friendly pad. But they say good things come to those who wait, and that proved true for this dog lover.

After moving into her new West End digs, she quickly began her search for a canine companion to share the space. That’s when she met Odysseus, a four-month-old with “the appearance of a teddy bear and the disposition of a baby crocodile,” at Vancouver Animal Control in October 2014.

“It was love at first bite,” Godin says. 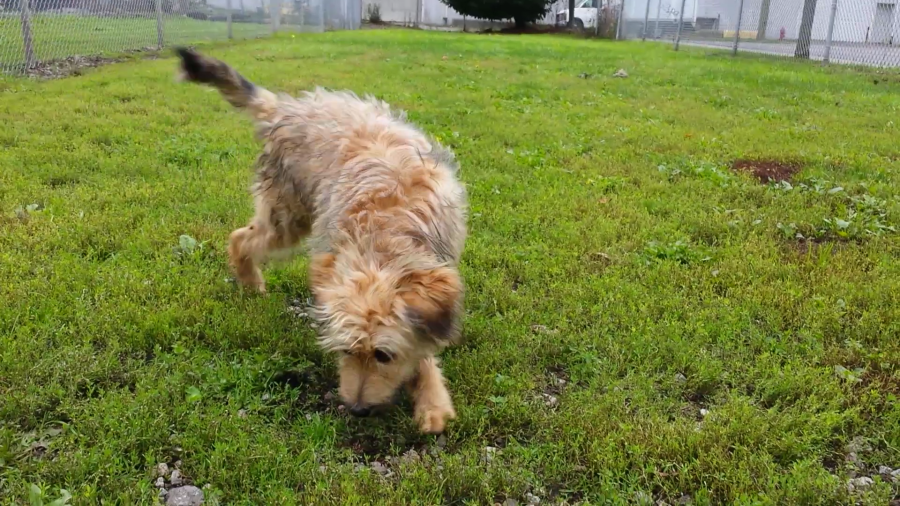 Locked up at the city pound (Julie Godin photo).

Odyss is a purebred Wheaten terrier, and someone probably paid a lot of money for him before deciding to basically throw him away. He was found in Pacific Spirit Park, near UBC. He wasn’t tagged, neutered or microchipped, leaving the staff at Animal Control to believe that he had been abandoned there. No one came to claim him so he was put up for adoption a couple of weeks later.

“It’s tough to consider the type of person who would do such a thing,” says Godin.

It hasn’t all been sunshine and roses raising this spunky little guy; the young shelter pup suffered fear and aggression issues. 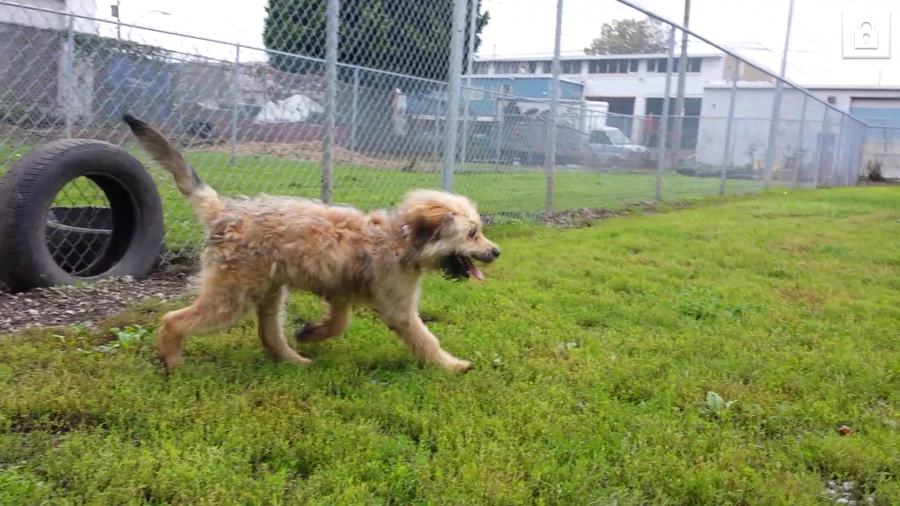 Odyss at the Vancouver animal shelter in Oct. 2014 (Julie Godin) 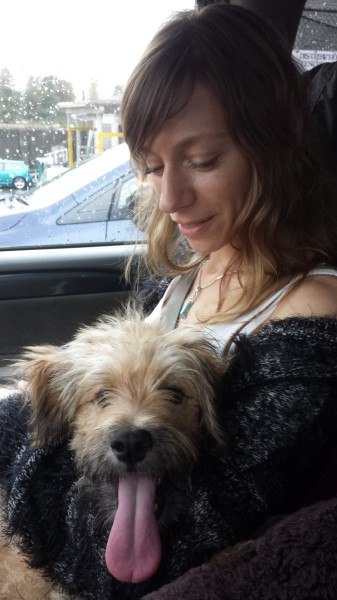 At just four months old, Odyss came with leash aggression and social anxiety toward other dogs. This came out in the form of biting, humping, wide eyed freak outs and frequent “zoomies” around the park. He had no training whatsoever. It took many a kind word and a gentle approach to warm up his view of the world, and make Odyss again comfortable in his own skin. The trust was built up over time and each day that we have together, I never forget that his trust must be earned.

Godin attests that with hard work, and a lot of love, he’s grown into an adorable adolescent. “Odyss is now a wonderful, loving, loyal one year old. He loves the water, chasing squirrels and doing tricks for carrots,” the proud owner says. 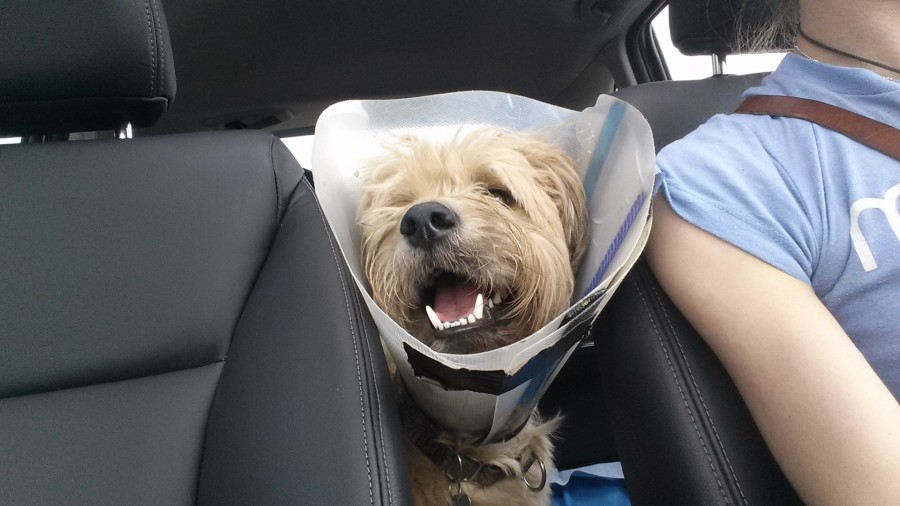 Smiling, even in a cone (Julie Godin).

What advice would Godin offer to a prospective owner who is on the fence about getting a rescue pup? “If someone were hesitant to rescue a dog I would tell them that you have this amazing opportunity to save a life (quite literally) in exchange for unconditional love and a best friend,” says Godin. “There’s also a great sense of pride that comes with having a rescue dog.” 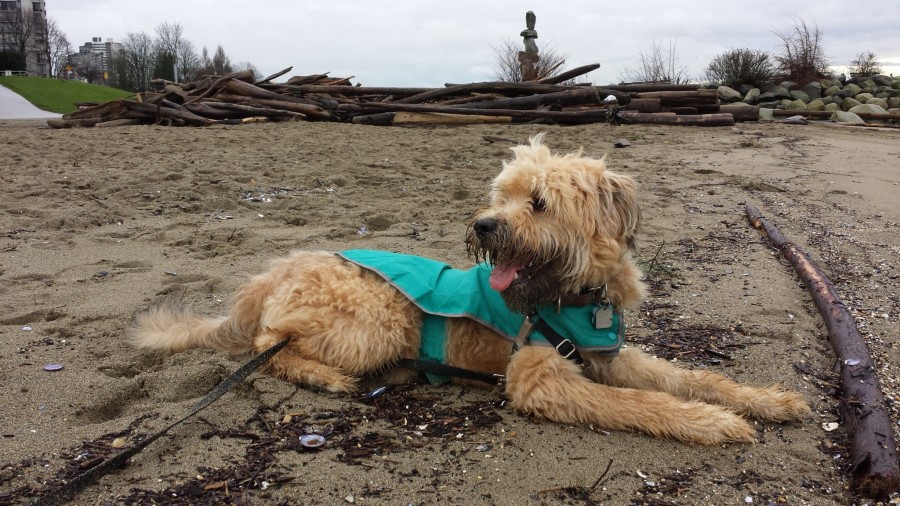 This sweet rescue has his own Instagram account where you can follow his journey, challenges and rewards, and the unique experience of raising a rescue dog.

Have your own amazing rescue story to share?  Email pet columnist Darcy Wintonyk at darcyanne at gmail.com 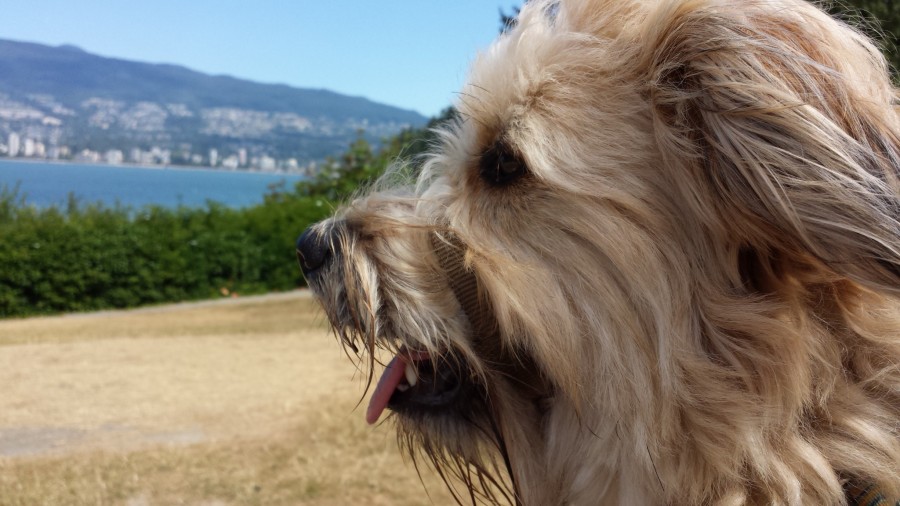 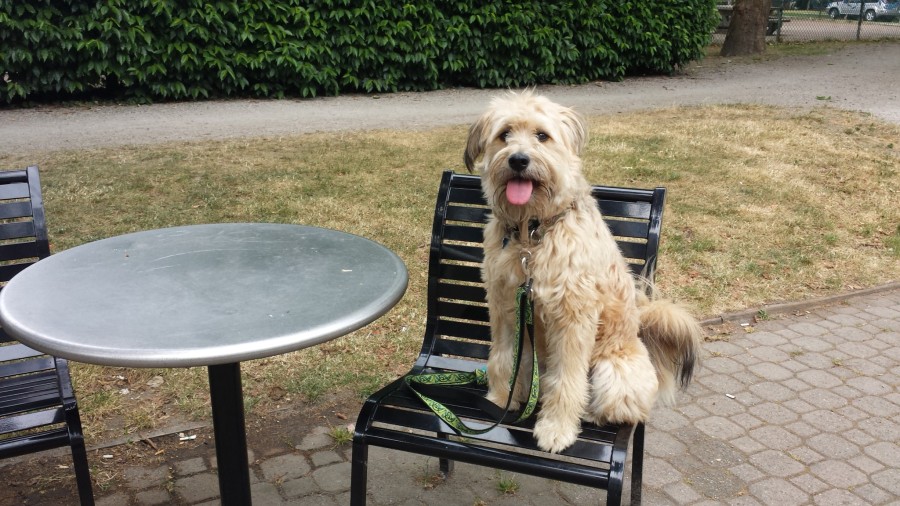 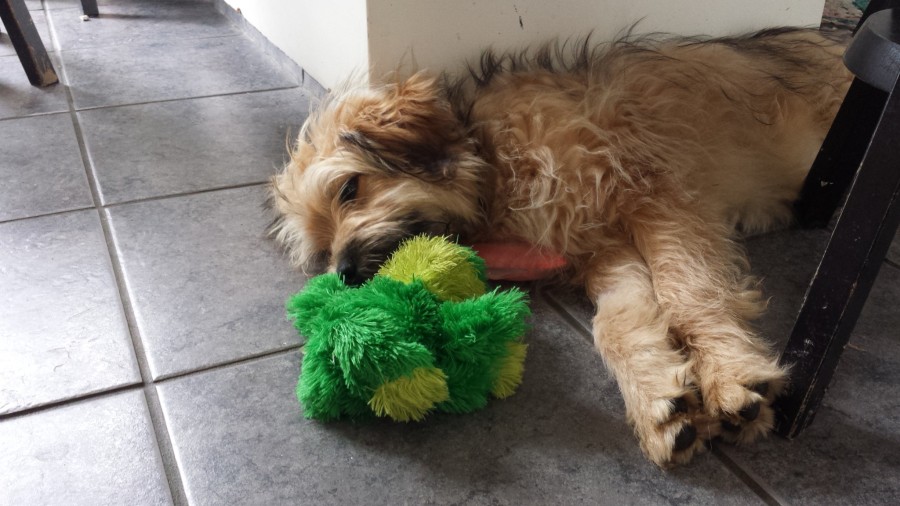