When you think about animal shelters and the residents that end up there, the first animals that spring to mind are normally cats and dogs. But lots of small animals, like rabbits, end up there too by no fault of their own.

That’s the case for Ana, a bunny that was picked up by Vancouver’s pound two years ago. Staff believe she was purchased at a pet store for Easter and then dumped, literally, on the street. But luckily Ana’s saviour came in the form of an animal lover named Marina.

Marina already owned two other bunnies: Christopher, found in a box at a Richmond gas station, and Myrtle, rescued from a hoarder that kept her in a cage with another bunny. She got pregnant 19 times before being fixed.

In our latest edition of the “Rescue Me” pet adoption series, Marina Hebert shares the story of her “spoiled little house bunny” that has flourished in her new home. 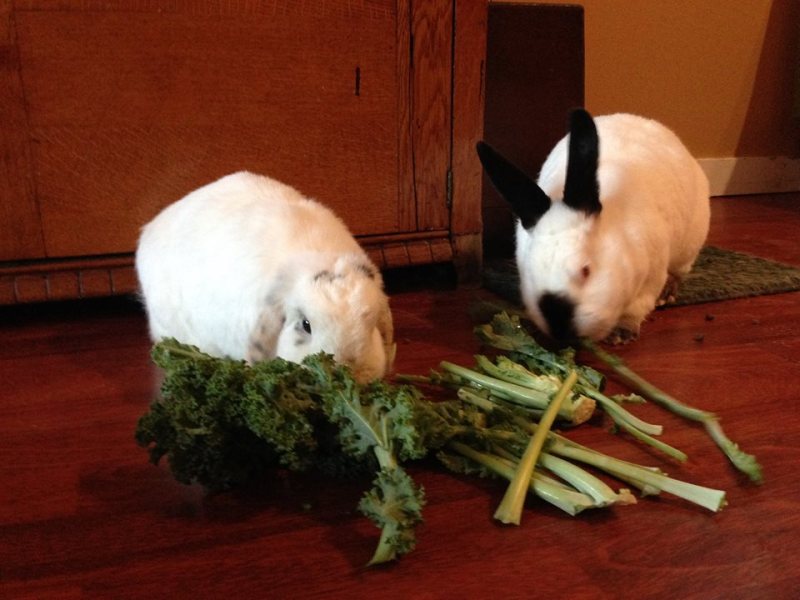 Here’s Marina’s rescue tale, in her own words:

Ana was originally found wandering the streets by Vancouver Animal Control after someone had dumped her. Thankfully, they found her and called The Small Animal Rescue Society of BC. They posted her photo on Facebook and asked if anyone wanted to foster her.

I fostered her for a day before I knew I could never give her up so I adopted her.

Now, Ana is a spoiled house bunny who lives with my human family, two other bunnies (Christopher and Myrtle) and a cat. She runs free, and her cage is just a place where she can eat and use the litter box. It’s always open. 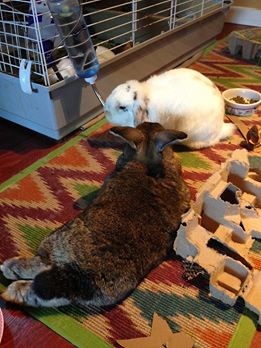 Ana is also a registered therapy rabbit with Bunnies in Baskets and visits elder care homes, hospices and other places to provide positive emotional experiences for people who need them most.

She also visits schools with me to teach about responsible rabbit care and the importance of adopting a pet rather than going to a pet store. 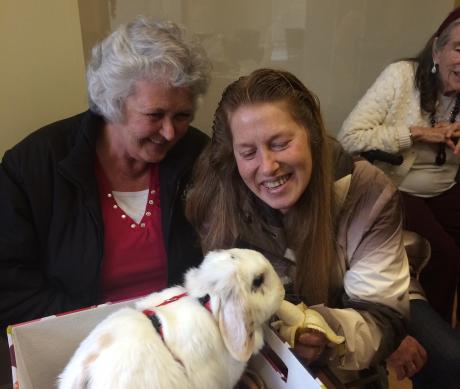 Ana working as a therapy pet at a seniors home (BaptistHousing.org)

Ana has not only touched our lives, she touches many other people’s lives. I have seen many people come out of their shells when Ana comes to visit, and she brings smiles to many faces.

This little bunny loves all the attention she gets on visits and has the perfect temperament for it.

I love her. She’s so special. 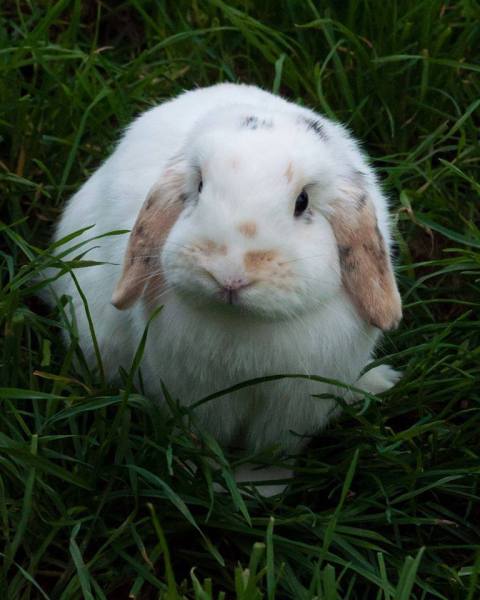 Photo of Ana by Christopher Orr. 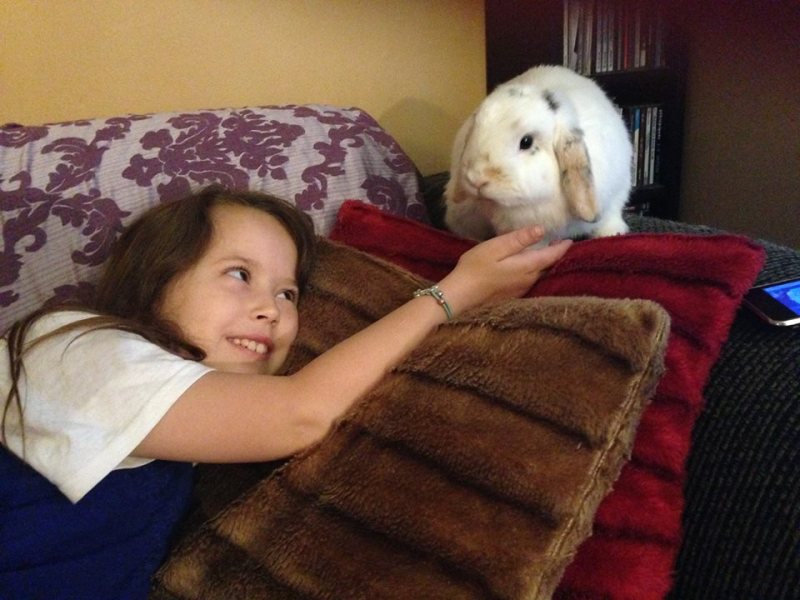