Korean Jindo dogs are known for their bravery and unwavering loyalty, but those traits may be the reason why a particular Jindo has been languishing in a local shelter for more than two years.

Mong was surrendered to Richmond Animal Protection Society in May 2013 – more than 24 months ago – when his owners moved somewhere that didn’t allow pets. He was 10 at the time, and being a senior probably didn’t help his chances of finding a new home right away. Mong also wasn’t very well socialized, and preferred the companionship of his humans much more than other animals or children.

But there’s more to it. Jindos can come off as very aloof, and that reservation with strangers translates poorly in a shelter environment, where potential pet parents only have a few minutes to decide which dog is a good match.

For more than two years, Mong has been passed by for younger dogs, and animals that are affectionate with potential adopters. RAPS describes it as a “heartbreaking struggle.”

The folks at RAPS are hoping that they can get this misunderstood dog home for the holidays, so he can live out his golden years in a quiet home with a comfy bed. They say underneath his serious demeanor he is a real love bug, and a bit of a goofball. Staff believes that even though Mong may play it cool at first, he will be a friend for life once he warms up in his new home. 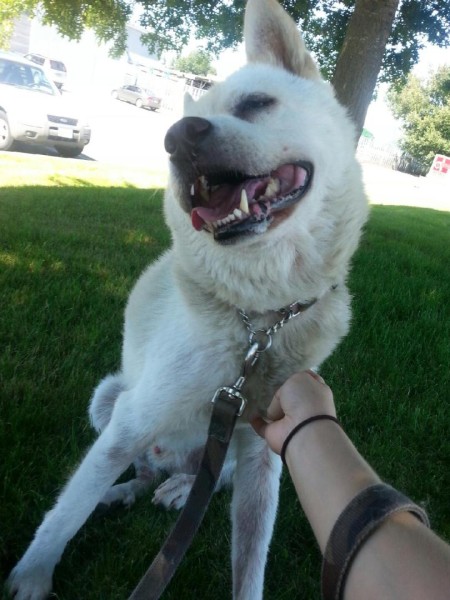 Here’s what Kennel Attendant Andrea Summers had to say about Mong:

“Jindos are very clean. Mong’s kennel is always spotless, and you can often observe him grooming himself like a cat. They’re also highly prey-driven hunting dogs bred for an independent nature, so they’re unsuitable for off-leash parks. However, they do quite well with a couple leashed walks a day and some play around the house or yard. Mong is extremely playful, even at 12 years old, and will entertain himself for quite some time if given a fresh squeaky toy in his kennel. They’re also known for being quite quiet, and outside of squeaks from his toys, Mong is no exception.” 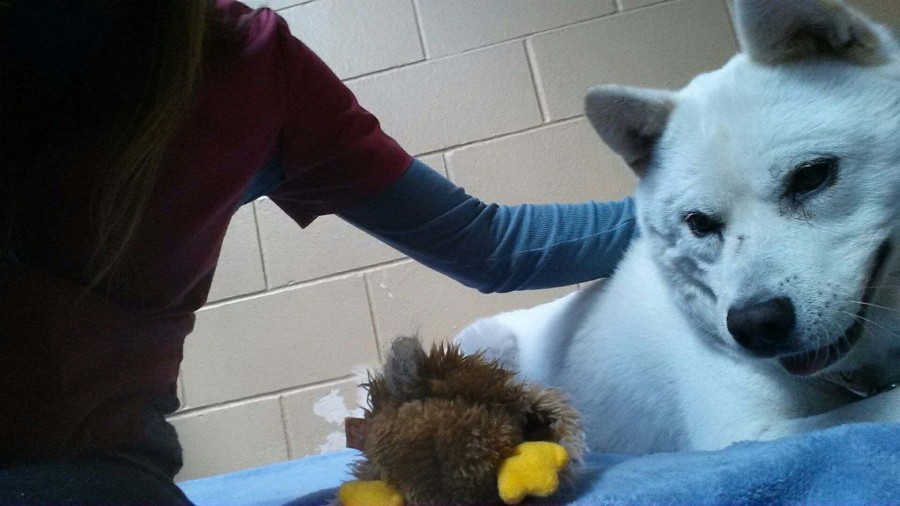 RAPS is looking for an adopter who has experience with dogs, preferably Jindos, and understands reward-based training. Because of his lone wolf demeanor it’s best he is the only pet. Anyone interested in adopting him would need to visit the shelter regularly, “because going home with a stranger simply isn’t an option for him,” says Summers.

“He takes a while to get to know, but it’s very rewarding when he does come around to trusting you,” she says.

If you think you can give Mong a home, or foster him, please contact the shelter at 604-275-2036 or send them an email at [email protected]. You can also go to the RAPS website, where there are other great dogs and cats looking for a forever home. 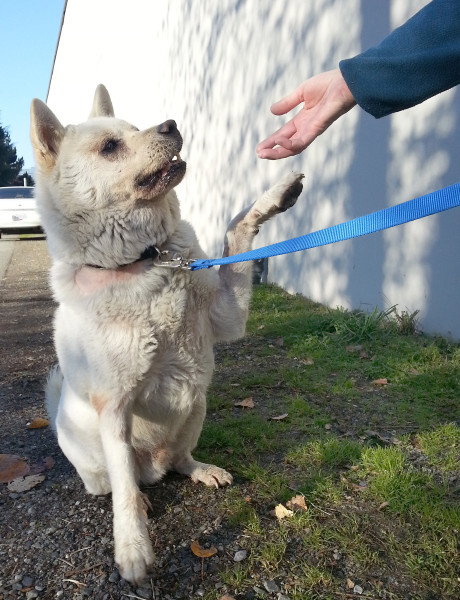