For Alex Turner and her husband, getting a breeder or pet store dog was never an option.

Turner, a CTV Vancouver reporter, grew up with rescue dogs and couldn’t wait until she could get one of their own.

“Rescues have a different attitude towards life than other animals,” she says. “They just seem so appreciative of the life you’ve given them.”

That’s where JoJo comes in. The shepherd-mix, originally named Constance, was listed on the website for Big and Small Rescue, and Alex and her husband fell in love.

When they started the adoption process they learned about the dog’s past: She was a stray in an L.A. suburb, and was just two hours away from being euthanized when she was plucked from the shelter and transported to B.C. The shelter dog had a laundry list of issues: fear aggression, herding, barking and pulling, among the many. 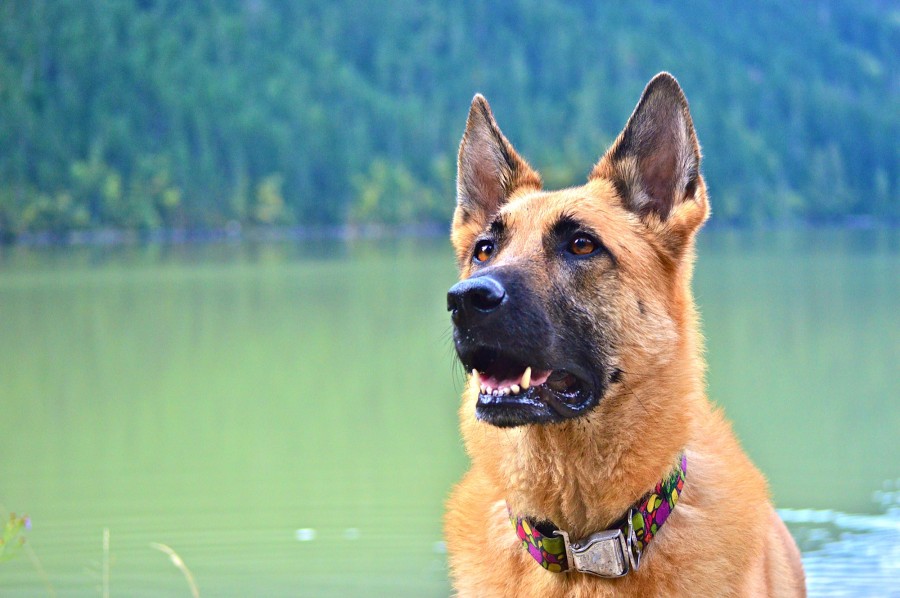 In this week’s Rescue Me, Turner describes in her own words how patience and affection succeeded in coaxing JoJo out of her shell, and how the homeless dog has taught them lessons about love.

What I didn’t realize until we started our hunt for a rescue dog was how few adoptable dogs there are here in Metro Vancouver, which is great! Spaying and neutering is so common here, so there just weren’t that many dogs up for adoption. Luckily there are lots of organizations that focus on bringing animals in need here from other places, like northern B.C., the Prairies and the U.S.

JoJo was so scared at the shelter that she barked and growled at almost everyone — not so conducive to getting adopted. But there was one shelter worker who fell in love with our girl and realized just how docile and snuggly she is! She worked with Big and Small to get her brought out of the shelter. It came down to the wire. 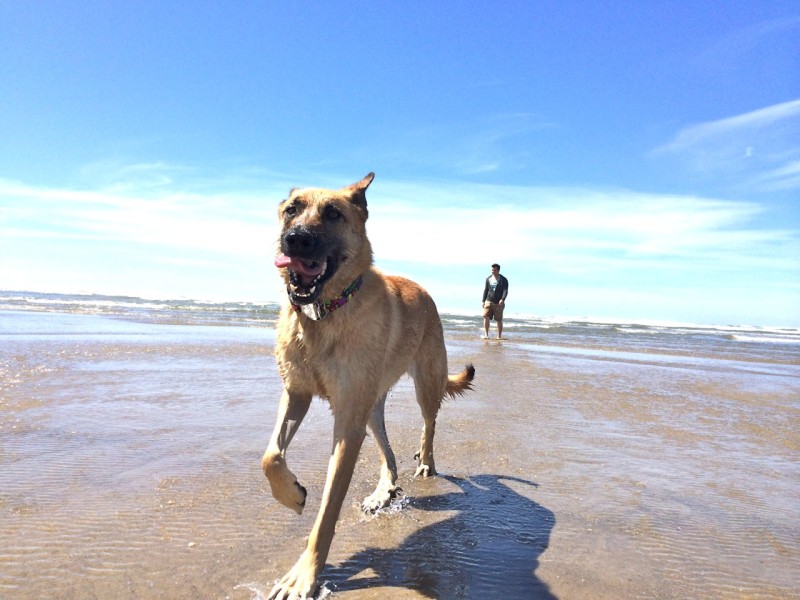 JoJo has changed my life. I feel like the Grinch whose heart grew three times its size because I didn’t know I was capable of loving something so much, besides my husband, of course.

But it hasn’t all been unicorns and rainbows. When we got JoJo, she didn’t have any confidence, was afraid of every noise, barked at strangers who came too close to her, pulled hard on a leash, tried to herd running kids, approached dogs a little too intensely and the list goes on. But with lots of patience and guidance, she’s now a completely different dog.

We spent lots of time standing next to loud things like garbage trucks and generators, sitting on seawall benches getting used to passing people, dogs and bikes. We exercised her lots so she would be too tired to be anxious. We practiced meeting strangers and other dogs. Above all, we displayed confidence in every situation so JoJo would know she could relax and just be a dog. We’re still working through some final issues but, man, has it ever been rewarding. That feeling when someone tells you how well-behaved your dog is makes it all worth it! 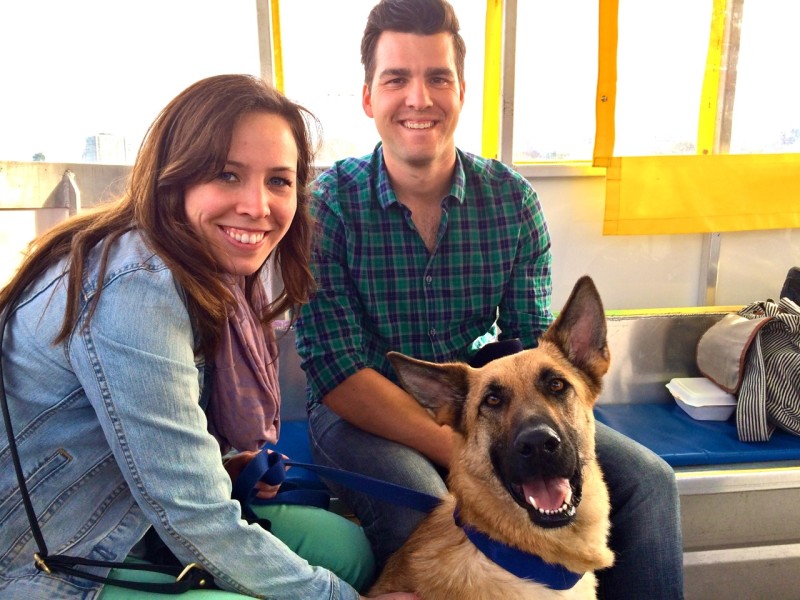 I understand why people get breeder dogs, I really do. But in my opinion, it’s just silly. Rescue dogs generally have less health problems because they’re a Heinz 57: A mutt. Plus, there are so many different rescues out there that there’s surely one for everyone. I live in Yaletown, so there are plenty of breeder dogs around and it just makes me laugh when I see people walking around with a $2,000 dog that is no more or less dog than mine. What a waste of money and as dogs are being put down every day — a waste of life.

I would tell someone who is considering rescue to do their homework. Make sure you go through a reputable rescue and think hard about what kind of dog would fit into your life and what kind of issues you’re capable of dealing with. Then once you adopt, have patience. Don’t expect the dog to settle in right away. But when they do, you’re going to love it. 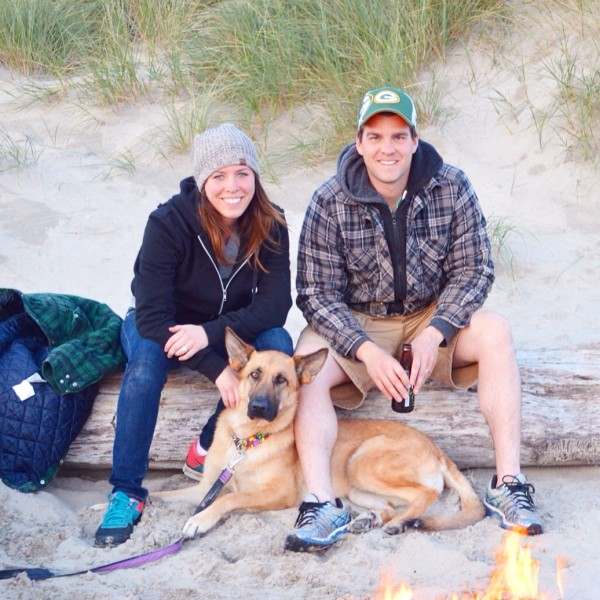 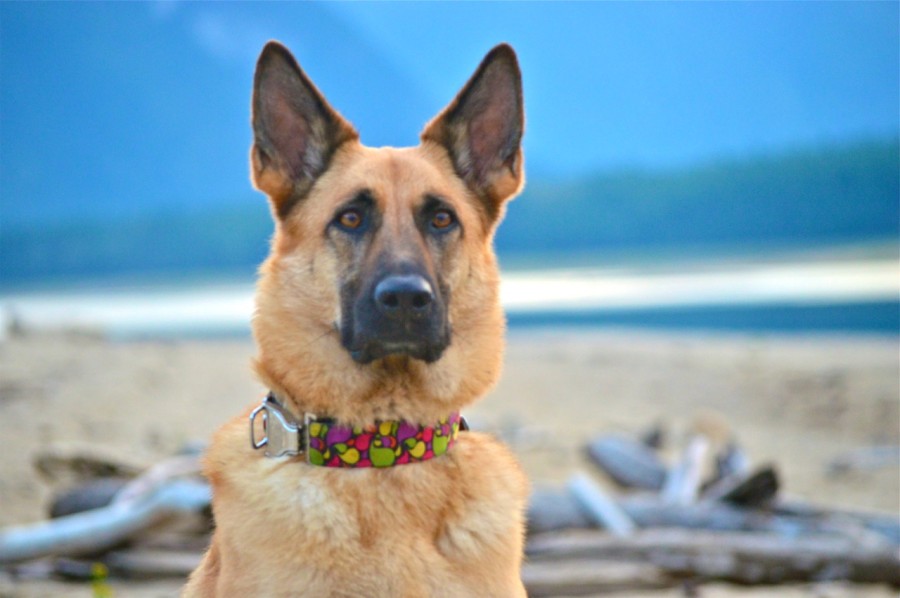 Do you have an amazing adoption story, or know someone that does?  Email Vancity Buzz pet columnist Darcy Matheson at darcyanne at gmail.com and you could be featured in an upcoming Rescue Me column.