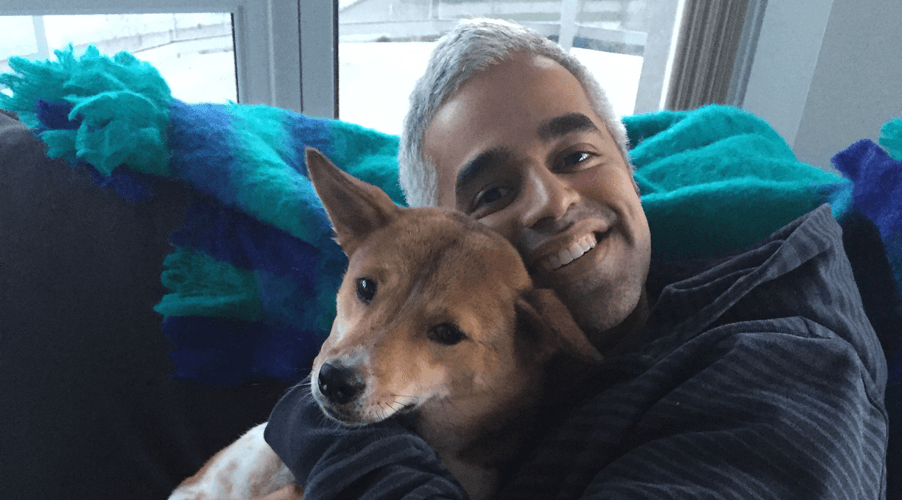 When Boughton Law’s Lori Massini and Breakfast Television host Riaz Meghji took a vacation to Thailand, they didn’t expect to bring home anything more than memories.

But while volunteering at Elephant Nature Park in Chiang Mai, they saw hundreds of dogs rescued from the illegal meat trade, and it affected them deeply.

Even though the dogs were in bad shape, those were actually the lucky ones: millions of dogs are brutally slaughtered for their skin and meat each year in Asia, and those that don’t die during transportation are routinely beaten, electrocuted or skinned alive. 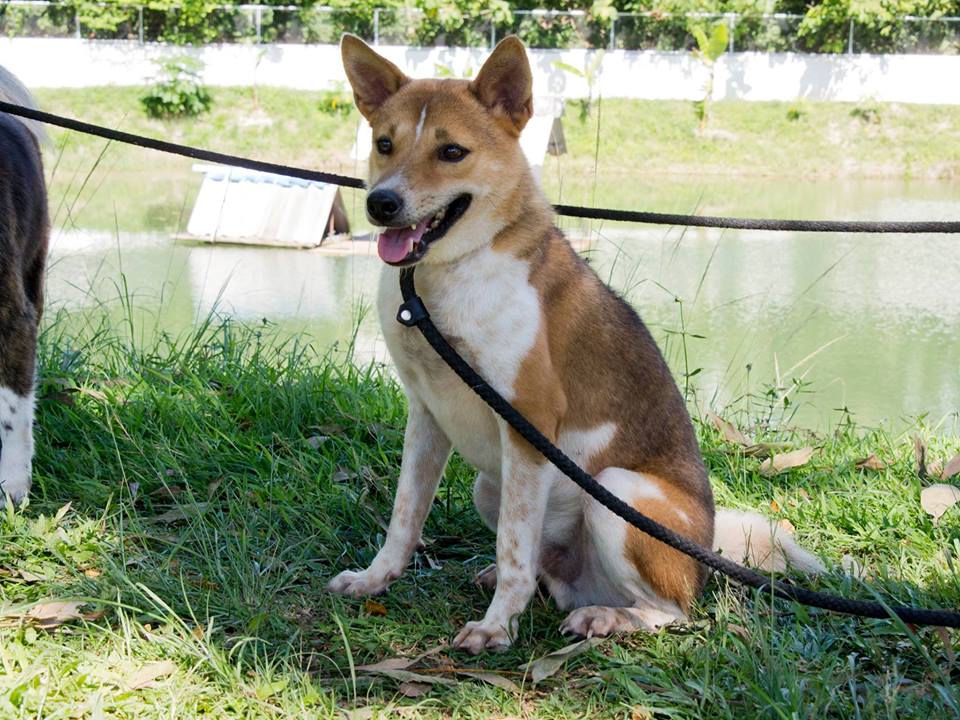 Smiley when he was still with Soi Dog in Thailand.

“I was heartbroken when I saw the conditions that the rescue dogs were in when they were rescued and I knew that we needed to do something to help, even if it was just bringing one dog home,” Lori tells Daily Hive.

The Thailand-based group worked with the couple to adopt Smiley, and help bring him to Vancouver to start his new life. 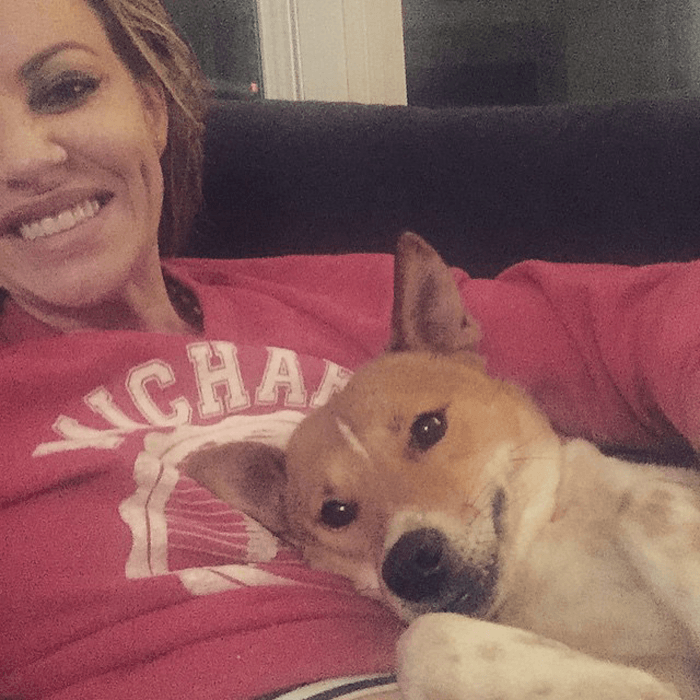 Lori and Smiley at home.

In this edition of Rescue Me, Lori shares the story of their Soi Dog in her own words, and how the journey to adopt has made her a passionate advocate.

We were concerned that Smiley would be traumatized after his experience. We hadn’t met Smiley before he came to Canada, so we didn’t really know what we’d be getting. Deb at Soi Dog was wonderful and did a few Skype calls with me so I could see Smiley and hear about his story. Even still, you never know what it’s going to be like when you actually bring them into your home. We figured we would probably need a lot of patience and time. 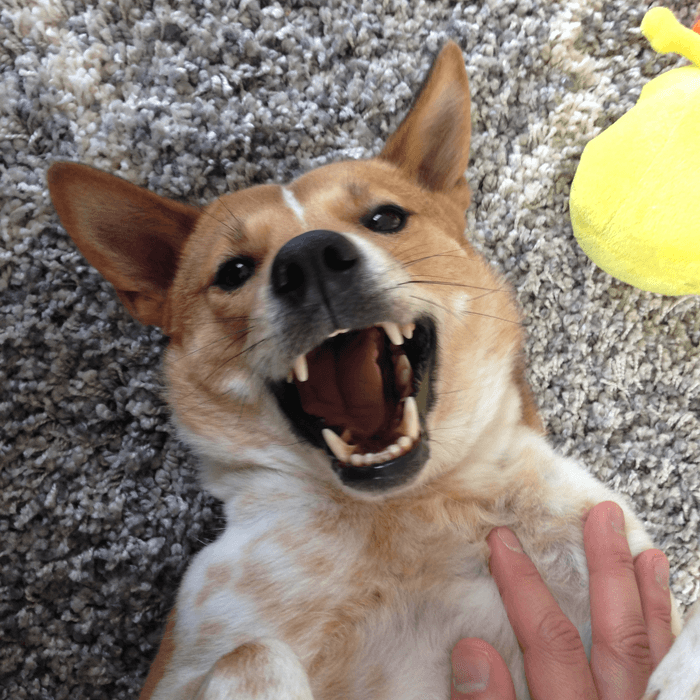 His first few days at our house he was so terrified and just hid behind the couch. After a few days he started to come closer to us and we quickly realized he had never had a toy or a bed or any sort of comfort. He spent days laying on the floor beside his dog bed until he realized it was for him. Then we couldn’t get him out of it! 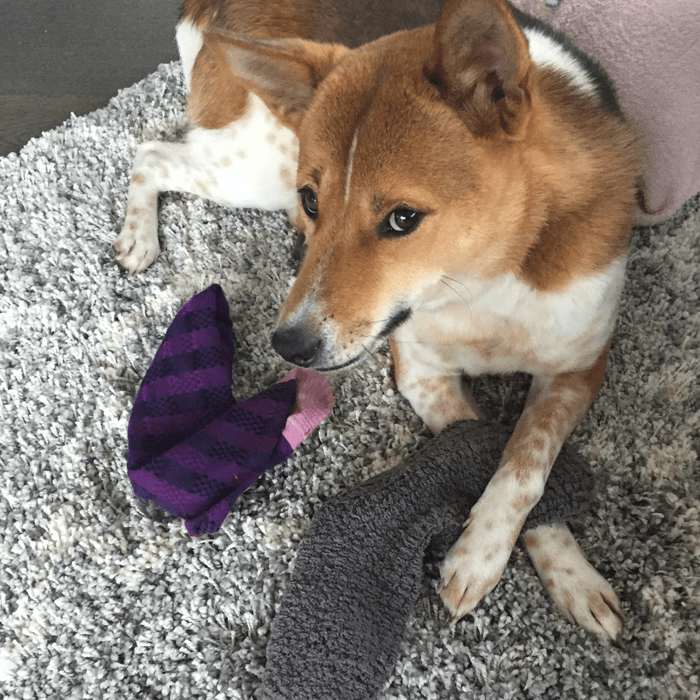 It took him some time to figure out how to play, and at first he just carried his toys around and slept with them in his bed. It’s been almost two years now and his little personality has really started to shine. He is quite a serious dog: quiet and extremely respectful, but he also gets goofy and playful sometimes. He loves to cuddle and play with his toys. He hoards them and keeps them in piles. 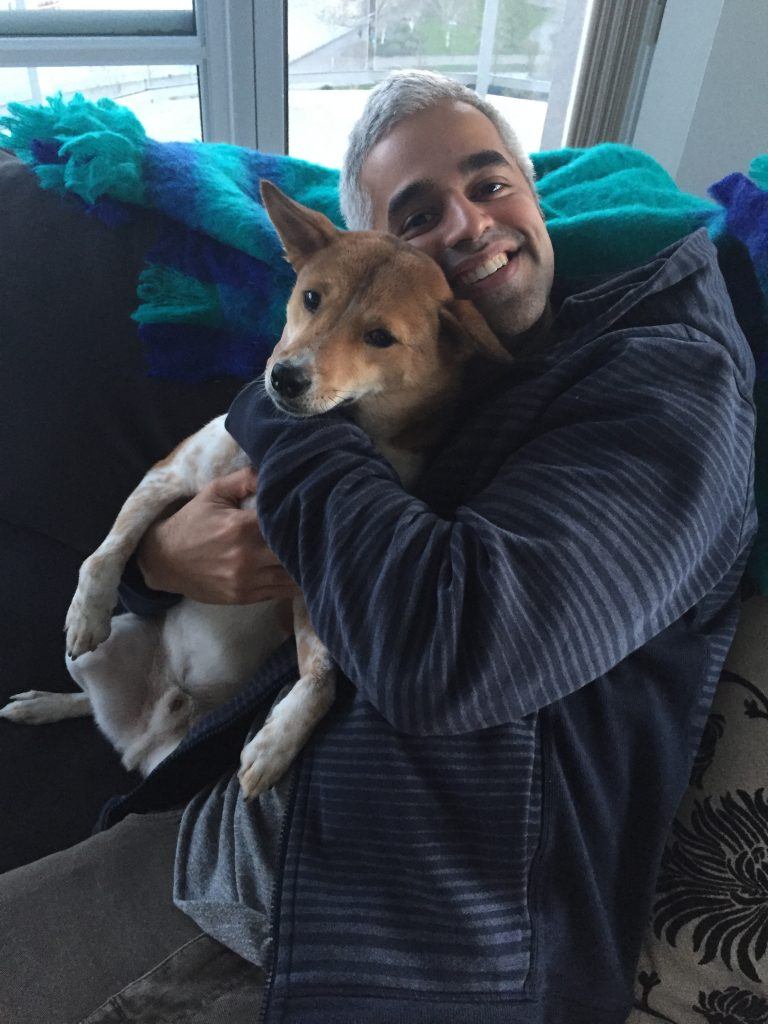 If you’re wondering about the creepy look on his face in the banana toy photo (below) – he smiles and that look is his smile! It’s so creepy. That’s why they named him Smiley at the shelter – he gets so excited and smiles. 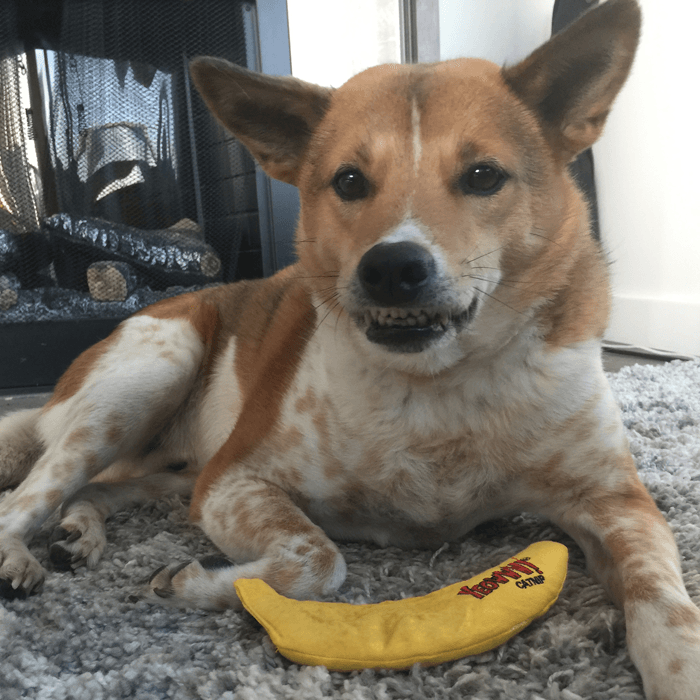 I wouldn’t hesitate to tell someone to adopt from Soi Dog.  Everyone i have met or spoken to who has a Soi Dog has said the same thing, which is that their Soi Dog is the best dog they’ve ever had.  They have been through so much and they are definitely scared, but they have so much love to give and are so eager to please.

Smiley has taught us patience and unconditional love. He is like our baby.

Click here to learn more about Soi Dog Canada, and the Soi Dog Foundation in Thailand. The Vancouver-based rescue group LEASH also helps bring soi dogs to B.C. and currently has several up for adoption. 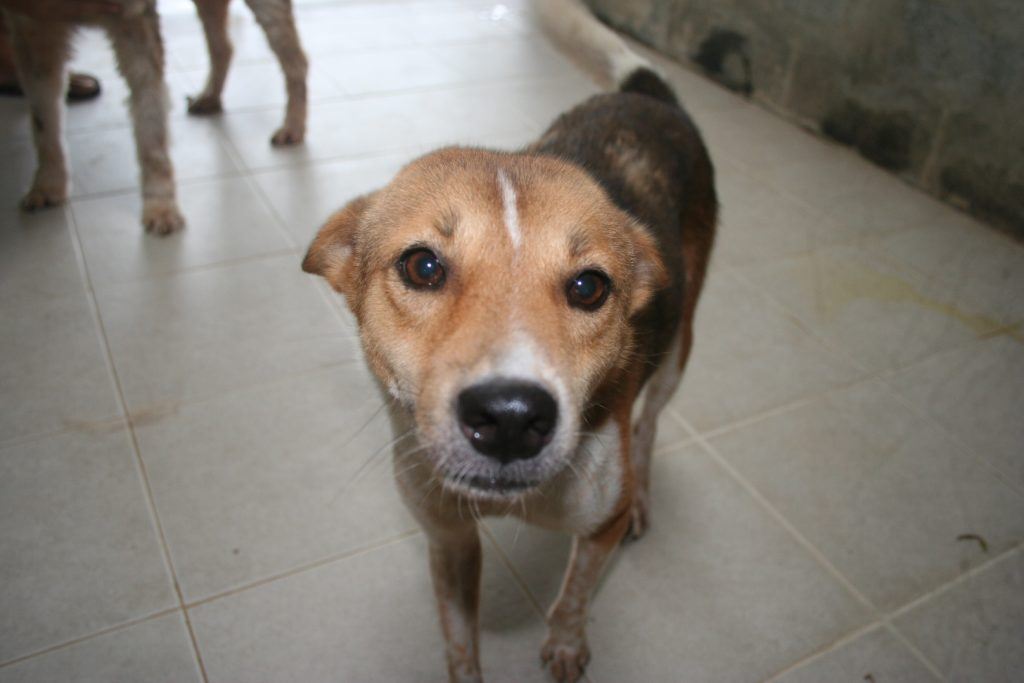 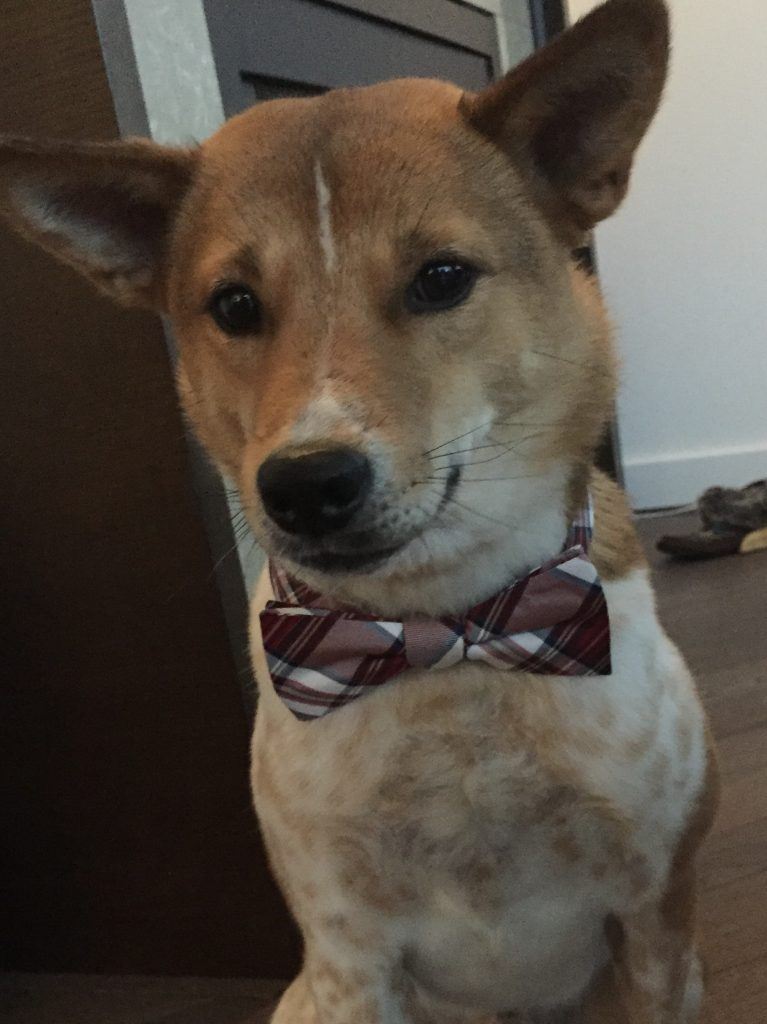