Jeudi Lefebvre was browsing through Facebook in September when a photo of a two-and-a-half year old pitbull/mastiff cross showed up in her feed.

The picture of Waggy Maggie, as she was dubbed by the Vancouver SPCA branch because of her upbeat personality, marked her 50th day at the shelter.

The longest-running pound puppy in Vancouver, the shelter was in the midst of a huge social media push to get her adopted. Adopters constantly passed her by, partially because of her looks: Maggie was suffering from skin and eye infections that made her coat dull and mangy. But to Jeudi, she was perfect.

“I immediately fell in love with her,” Jeudi says. “I just knew I had to have her. How can you resist that face?”

It wasn’t until Thanksgiving weekend that she and her husband made the eight-hour drive from Quesnel to rescue her. Now Maggie is living the high life in the country, and even has her own Facebook page.

In this edition of Rescue Me, Jeudi describes in her own words how much love she feels for this very special pound puppy. 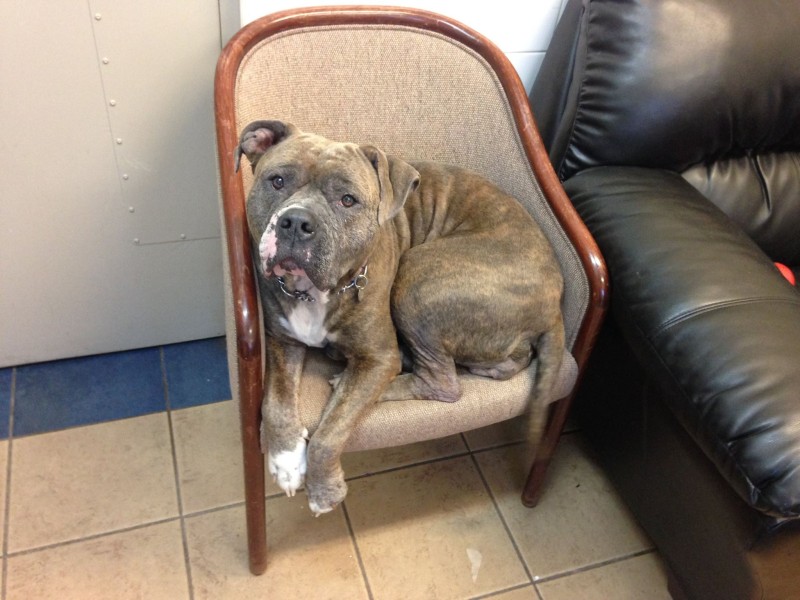 I honestly do not know why she was overlooked so many times during her stay at the SPCA Branch, as popular as she is. She is such an amazingly smart, lovable, affectionate loyal companion. One of Maggie’s Facebook followers said, they would like to think that Maggie was waiting for us. She was waiting for the right family and she knew what she was looking for. Maybe I didn’t pick her, maybe she picked me.

We drove down to the shelter on Thanksgiving Sunday to meet Maggie. We knew right away that she needed to become part of our family but we were not comfortable having both her and our other dog Newton, who she just met for a few minutes, riding in the back seat of our car for an eight-hour trip. But I still really wanted to take her home, so we decided to drive back home, drop off Newton, sleep for a few hours and make the drive back in the morning to pick her up on Thanksgiving Day. She was so happy and did not hesitate to get into our car. She wagged her tail and got in as if she had done it a thousand times before. 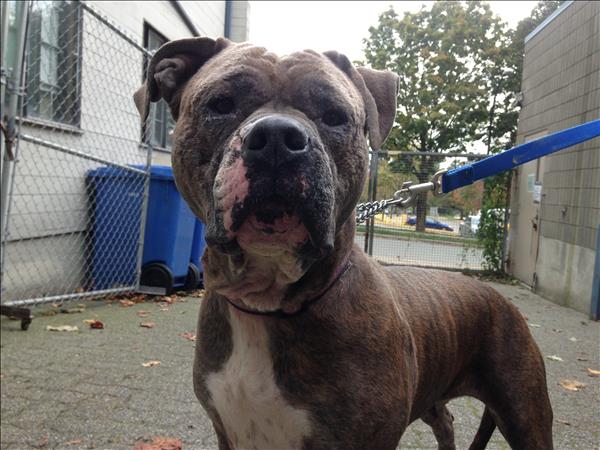 Maggie at the shelter.

She acted as if it had always been her home. She immediately ran and jumped up on the couch and played with our other dog as if they never missed a beat. Those two are best friends now: they play hard, eat together and snuggle together on the couch.

WaggieMaggie likes to spend her days stretched out on the couch or perched up on the back of the couch, looking out the front window, watching the neighbourhood. We love going for walks with her and we can’t leave without her wanting to go for a truck ride. She has no issues with neighbourhood cats, kids or other dogs. She just loves playing with everyone. 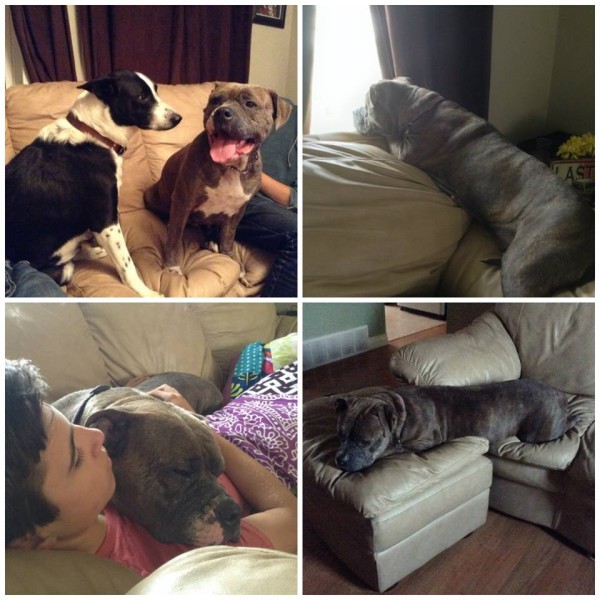 Maggie in her new home

WaggieMaggie is such a character. She is so comical. When she’s hungry she will pick up her dog food dish around and bring it you. If she needs to go outside, she talks to you and she sounds like Chewbacca. When you bend over to tie or untie your shoes, she’s quick to snatch your hat from you to start a game of chase.

Getting a shelter dog is so rewarding in so many ways. These animals are forever grateful and they love to show their love and appreciation for giving them a second chance. The facility goes to great lengths to make sure there is the right amount of knowledge and compatibility regarding the specific needs required to make a successful adoption. The volunteers spend quality time preparing these animals for adoption. I would adopt a rescue dog again and again. I encourage everyone looking for a pet, to adopt.

Do you have your own amazing adoption story? Email columnist Darcy Matheson (darcyanne at gmail.com) to be included in a future feature. 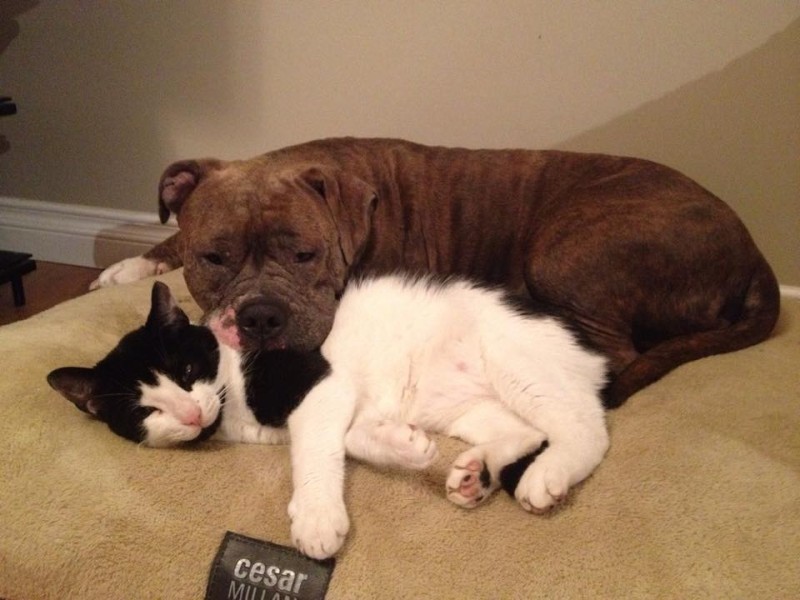 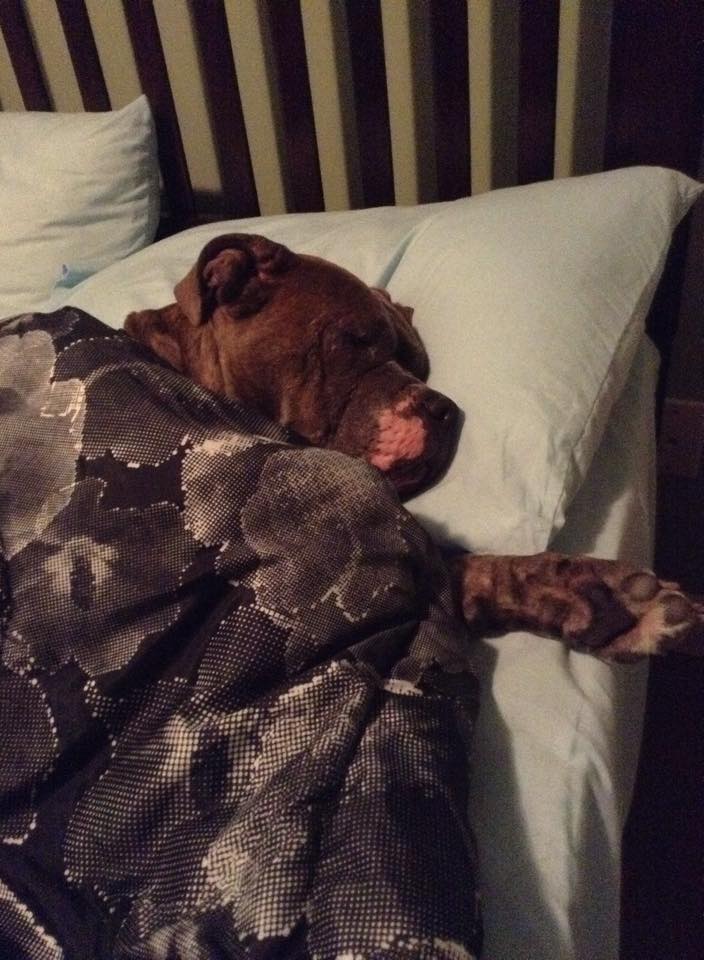 Maggie loving life out of the shelter. 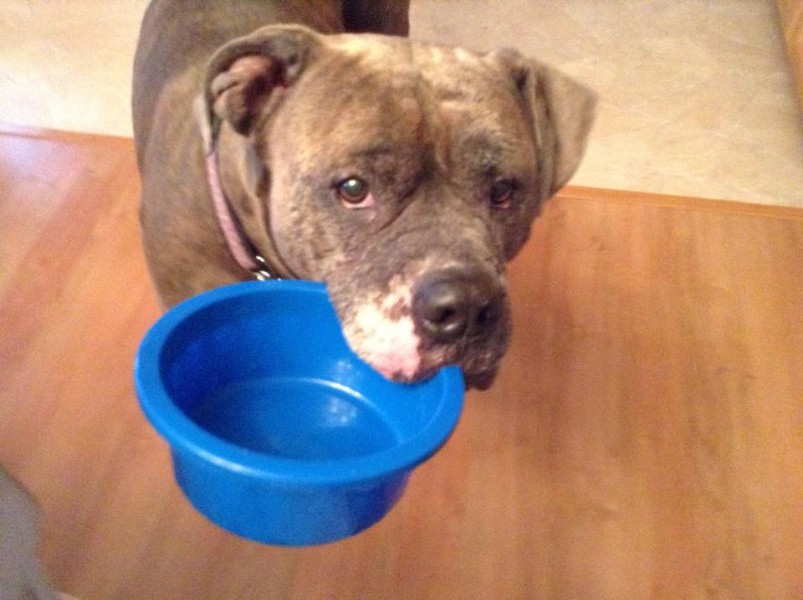