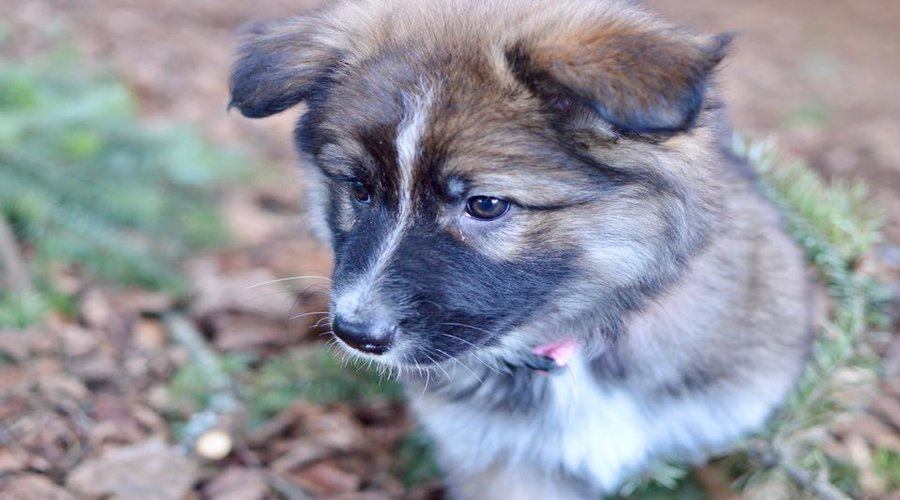 Without her sounding like a crazy dog lady, Alex Turner describes her last dog JoJo as “her doggy soulmate.”

She and her rescue German shepherd were featured in this column in 2015 after she adopted the terrified pup from Big and Small Rescue. It was through her and her husband’s hard work, training and discipline that JoJo became a wonderful confident dog and a perfect big sister to their new baby boy.

But JoJo’s life was suddenly and tragically cut short earlier this year, when she got loose and was struck by a car. 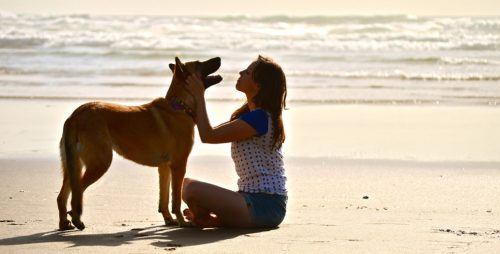 In this edition of Rescue Me, Alex describes in her own words why she opened her heart and home to another rescue after losing her best friend.

Less than 48 hours after JoJo died, a friend sent me a picture of three shepherd puppies that needed to be rescued. I know it’s ridiculous, but when I looked at that picture, I knew the girl in the middle would be my next dog. I wasn’t sure if it was the right choice to get another dog so soon after losing JoJo, and a puppy at that, but I knew I couldn’t handle one more day without doggy snuggles and long shepherd hair to vacuum. 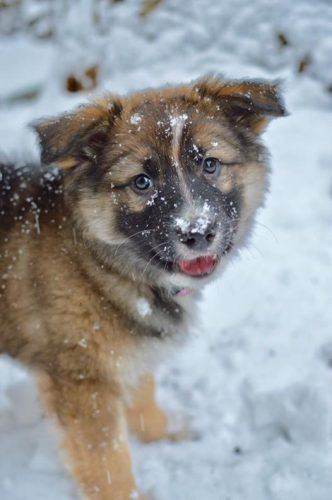 We adopted Grizz from Our Last Hope Animal Rescue out of the Fraser Valley. They do a lot of work helping get dogs living in First Nations communities spayed and neutered.

Grizz was born in a First Nations Community. She was from a litter of eight but only three made it. The dogs from that reserve are mostly mixes of shepherd, Rottweiler and St. Bernard. We call her a Canadian Special. 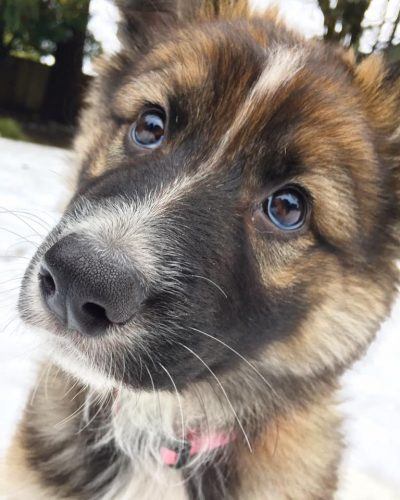 Grizz is a little character. With a baby at home, I think Grizz knew she better be easy on us. She rarely has accidents in the house, was sleeping through night by day three with us and has learned so many commands that I can’t think of what to teach her next.

She’s definitely still a puppy, chewing on everything in sight and acting out like only a puppy can but she’s a sweetheart. She has some of the same quirky mannerisms as JoJo and makes similar noises. I like to think there’s a bit of JoJo’s spirit in her. 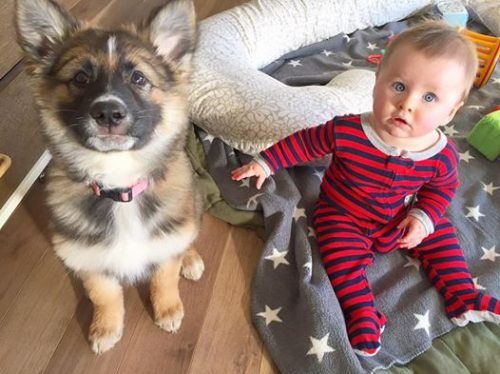 Since socialization is so important for puppies, this gal has a calendar filled with puppy playdates. We’re big hikers and love camping so we’re going to have a ton of fun with her this summer. The vet says we have to wait until Grizz is six months old until she’s allowed to join me on my runs. I haven’t been able to go for a run since I lost JoJo, my running buddy, so I’m excited to have Grizz help me get back into it.

Having a puppy and an infant is like having two teething babies in the house. Let’s just say it’s a good thing I’m a very high energy person. I tell friends getting a puppy when you have a baby is an excellent diet plan because there’s no time to eat and you feel like you’re running a marathon every day. The only side effect is that you consume about 3,500 calories in the five minutes after they both fall asleep. 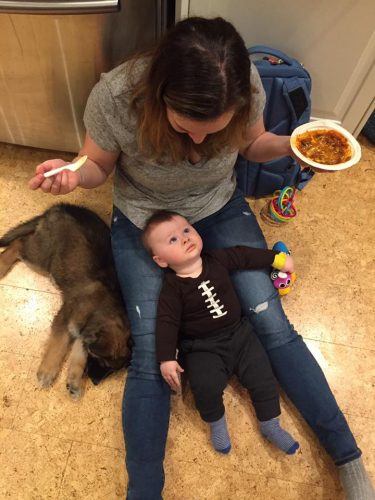 Grizz is part of the family but she has to learn to respect and keep her distance from the baby, that’s very important for everyone’s safety. My boy loves to watch and giggle at Grizz while she plays. And Grizz loves to have (very supervised) time to sniff and give the baby a few kisses. As they get older, it’ll be so neat to watch them both grow together.

I’m partial to rescue dogs. I’ve only ever had dogs that were rescued. However I do understand the allure of adopting a purebred dog. Sometimes that choice is right for a family. But if you have the time, patience and knowledge for a rescue, please do it. You’re saving a life. Breeders will only keep breeding if there’s a demand for it, whereas if a dog living in dire conditions doesn’t get rescued it often ends up dead.