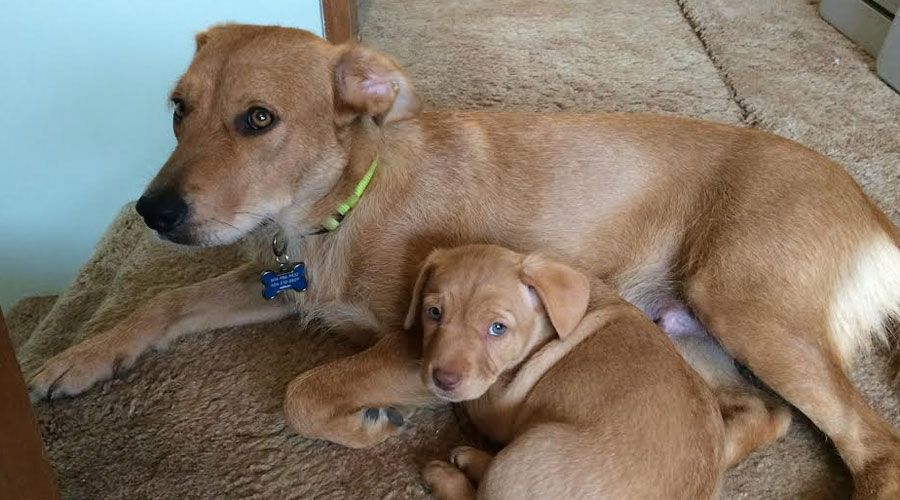 Tracey Pedersen didn’t set out to take in a pregnant stray dog.

After the death of their beloved senior pup, she and her husband started casually checking out dogs from a local rescue that saved death-row dogs from California and brought them to BC.

But she got thrown into the deep end of the pool when the group approached her to be an emergency temporary foster for a pregnant dog on the “euth list,” meaning she and her six unborn puppies would be euthanized.

But this temporary foster dog won a permanent place in their hearts after she gave birth in their home, and they watched this terrified “Cujo mama” transform into a loving pup.

In this edition of Rescue Me, Tracey shares in her own words how she became a huge rescue advocate after becoming a “foster failure” to Ruby. 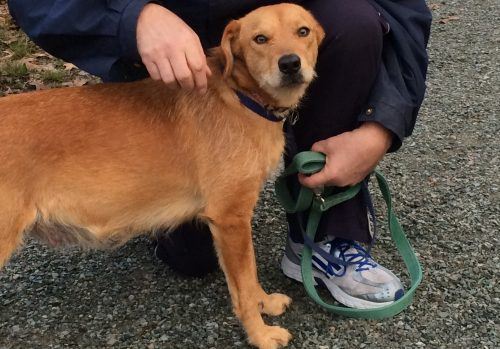 I had become interested in fostering when I came across a Facebook share. We kind of knew once our 12-year-old Golden Retriever passed we didn’t really want to commit to another dog but felt we could do more by helping shelter dogs find their new forever home.

Ruby was a frightened, highly distrustful young dog that didn’t want to come out of her travel kennel. Once everyone had left and things were calm, we finally got her out of the kennel and into our car. We got her home and showed her she was safe, and she calmed down and started to settle in quite quickly and started to trust us. 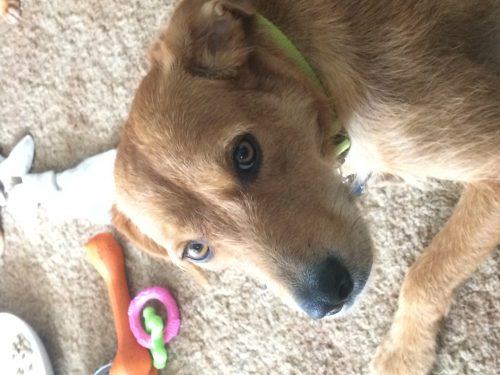 Unfortunately, she went into labour within about a week and when the pups were born, she went into what we called “Cujo mama” role! She wouldn’t let us get within three feet of the pups when she was around, and became very growly and aggressive towards us. We understood that we had to regain her trust towards her and her pups. Finally, after about two weeks she trusted us enough to allow us to handle the pups in her presence and everything went very well after that. 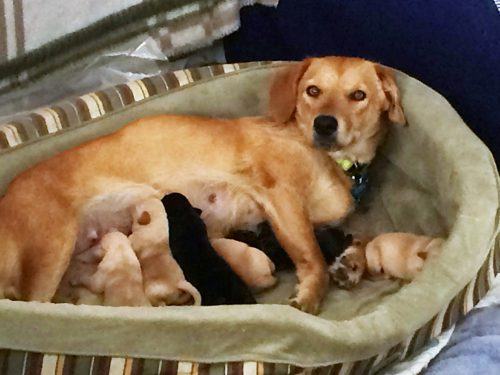 She was still very fearful around other dogs and people for the first few months. It even took her a while to learn how to play with toys and want to have fun. Her turning point was when our daughter was dogsitting a friend’s dog named Pilot. She needed help with walking Pilot during the day while she was at work. We offered to walk Pilot with Ruby and we are so glad we did.

Pilot is a very confident German Shepherd-cross and Ruby literally learned through osmosis by watching and interacting with her, obviously something that was very new to her.

Ruby has gained so much confidence in the year we have had her, and is so tolerant of other dogs she has become kind of a “therapy dog” for other dogs with issues. We have fostered many dogs in the past year and she just seems to understand when a dog needs her closeness due to their anxiety or school them when they get too rambunctious in play. 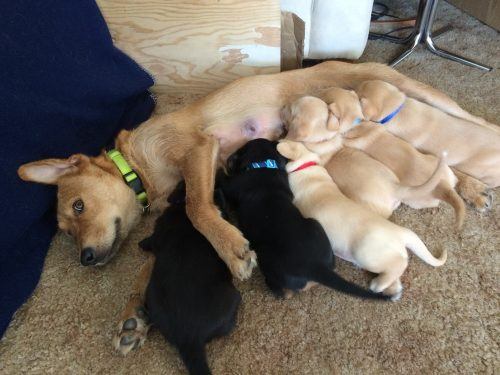 She has come such a long way.

There are so many dogs and other animals that desperately need saving just in our shelters alone that pet store adoptions are completely unnecessary. If someone wants a breed-specific dog, they should be going through a reputable breeder who can provide support and information after adoption should any issues arise. Too often you see pet store animals sent to shelters post adoption due to issues that the new owners can’t or don’t wish to deal with.

Have your own adoption story to share? I’d love to feature you in an upcoming column. Email me at [email protected]