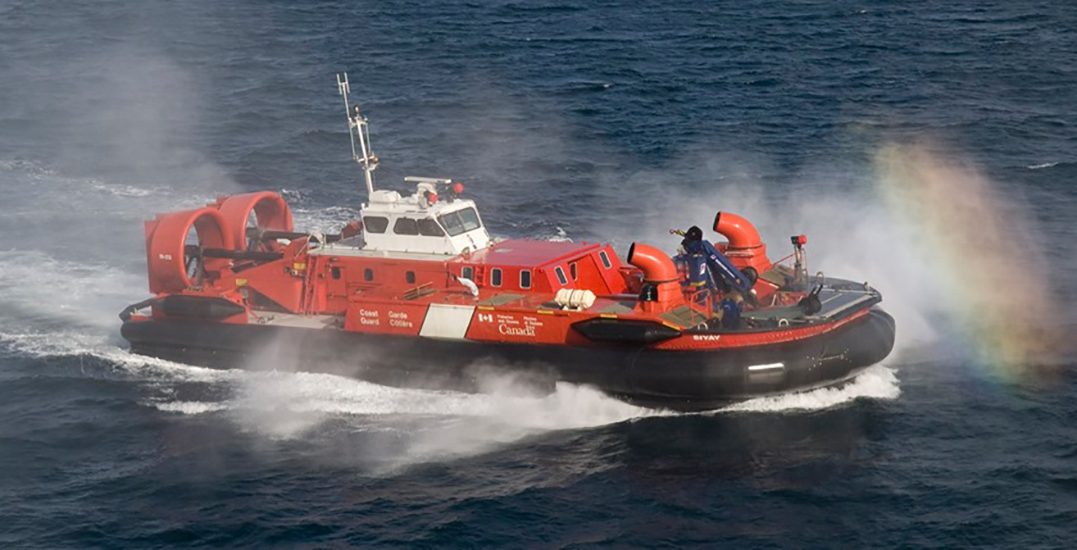 Three people are being taken to hospital after a seaplane crashed into local waters.

At approximately 12:45 pm on Tuesday, the Victoria Joint Rescue Coordination Centre (JRCC) say they received reports of a floatplane that went down near Sechelt.

Multiple rescue authorities responded, including a tug boat, a hovercraft, and two coast guard units. A Royal Canadian Navy Vessel, a Transport Canada aircraft, and a fireboat were also involved in the rescue.

Lieutenant Chelsea Dubeau of the JRCC tells Daily hive that all three individuals on board have been recovered.

They’re now being transported to a local hospital via the Coast Guard Hovercraft, Siyay.

At this point in time, there has been no mention as to what caused the seaplane to crash.

The extent of the passengers’ injuries is also unknown.