By all accounts, Ryder should not have lived. As a wee pup he was found in a basket with his litter-mates on a reserve in northern Alberta.

The Husky/Collie/who-knows-what mix was flea-infested and in need of a good meal. As luck would have it, a group of school teachers and volunteer pilots were teaming up in the rural area to gather as many puppies up as they could — and there were lots of them — and fly them to B.C. for a second chance at life.

That’s when Alex Evans adopted the scrawny black puppy. Now three years old, she says Ryder is the sweetest pup, and he is the most amazing mentor and friend to the homeless puppies she now takes in as fosters. 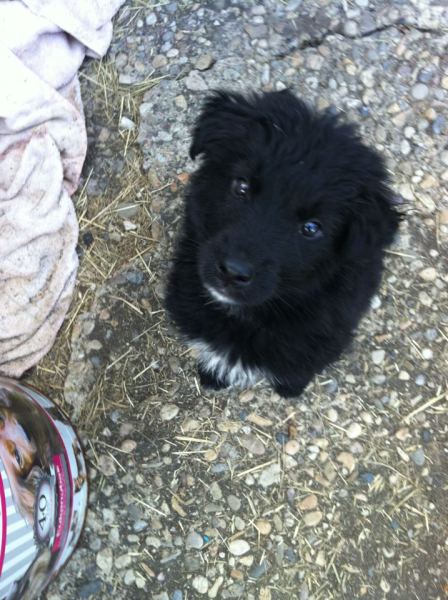 Ryder as a wee pup.

Here’s Ryder’s “Rescue Me” amazing adoption story, told by Alex in her own words:

Although I love all dogs, I have a real soft spot for the stray reserve dogs. There are people out there trying to help the situation that is happening on reserves across Canada. Thankfully, Facebook has made it easier for people to connect with the rescues and try to help, whether that means adopting, fostering or donating. That’s how I came across Ryder.

He was included in a basket of stray puppies rescued from Fox Lake Reserve by a group of school teachers who called themselves Cause for Paws Canada. There were only certain times of year they could get in and out, and they would then have pilots fly out with all the puppies they could get. The poor little things were starving and flea-infested and probably wouldn’t have survived the winter. But this problem is everywhere, in B.C. and across Canada. Dogs aren’t fixed, and stray populations keep growing. Culls are done to cut the population. It’s really sad.

Ryder, whose rescue name was Allot, ended up with Woofer Rescue in Kelowna. When I saw his photo squeezed in the basket with a bunch of other scared little orphans, I just had to have him in our family. When Ryder joined our family, we already had two big dogs: Duke and Bella. He was just a little guy, but he instantly fit right in to the pack. Duke and Bella are like his mom and dad. We live on an acreage in Salmon Arm. 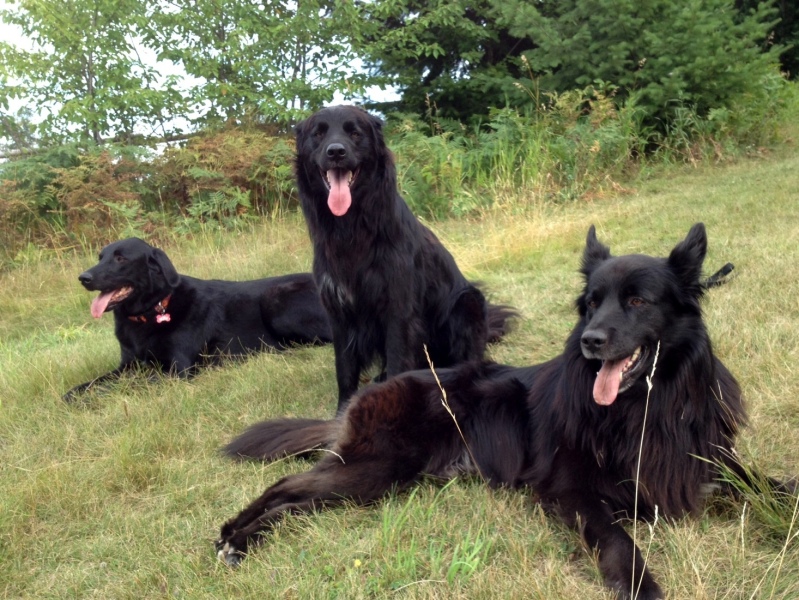 From the time he arrived, I always felt Ryder was really truly thankful to be here. He has an incredibly sweet disposition and is always smiling, wagging his tail and wiggling. We call him the “Welcome Waggin” because he is always the first to happily greet anyone we meet. He LOVES his stuffed toys.

Every morning he greets us at the bedroom door with Spiderman in his mouth and his tail wagging. Last summer I had the opportunity to foster two reserve puppies from an interior B.C. reserve: Willow and Jackson. Ryder was the best host, and the scared little puppies felt at home in no time. All those pups — nine in all — found amazing homes. 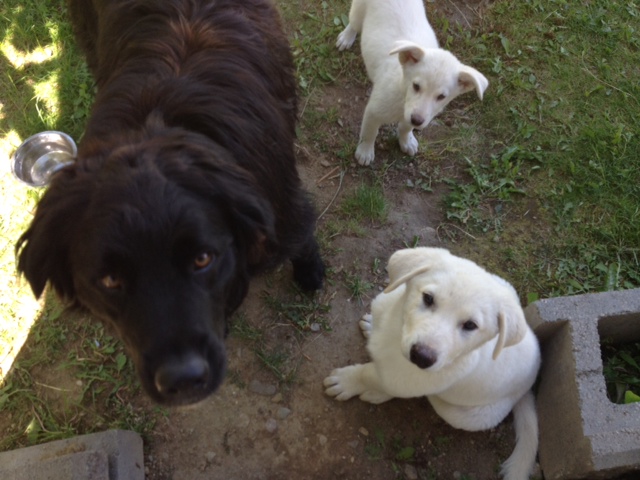 As you can tell, I am a huge dog lover. I try to volunteer, foster and donate as much as I can. I am so thankful to all those that saved Ryder and that we were able give him the wonderful home he deserves. It makes me sad for the dogs that aren’t so lucky though. I wish all the strays could find a home.

I truly believe that shelter and rescue dogs are so thankful to find a home and will show you endless love and devotion for that. 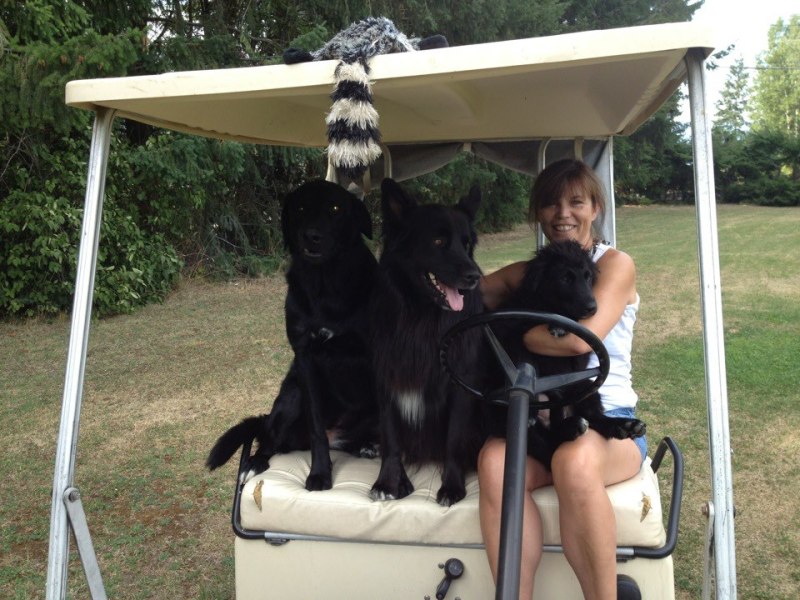 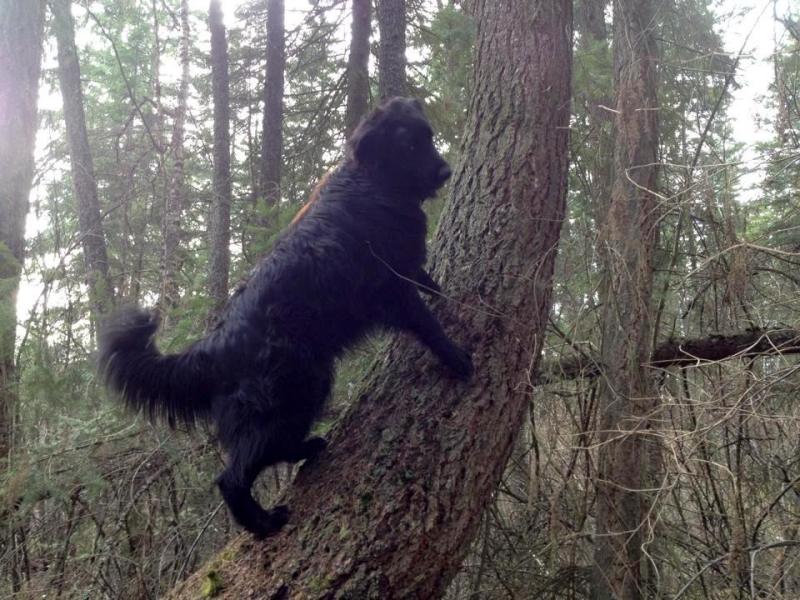 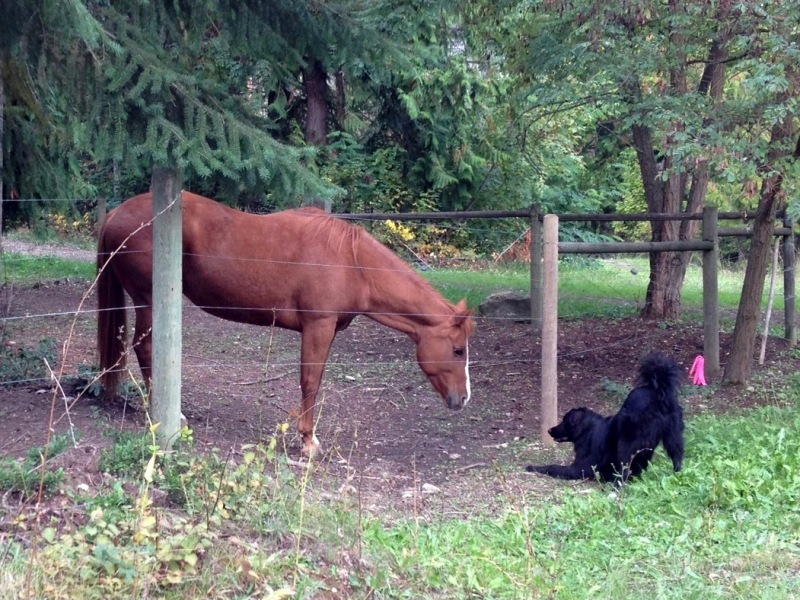