Granville Street institution Republic Nightclub, along with the The Annex (the club inside the club), is celebrating its 8 Year Anniversary tonight with L.A.’s DJ Spider doing a special anniversary set.

Open until 3 a.m. seven days a week in the heart of Vancouver’s Entertainment and Theatre districts, the two room/two level Nightclub just added a brand new Line Array Sound System (think the same system that is used for concerts at Roger’s Arena – just club sized), giant LED screen with accompanying light show and an updated layout. Hidden behind the metal door upstairs, The Annex remains one of the hardest rooms in the city to get into. The VIP room overlooks Granville Street and boasts its own bar, table service area, state of the art lighting and new sound system. 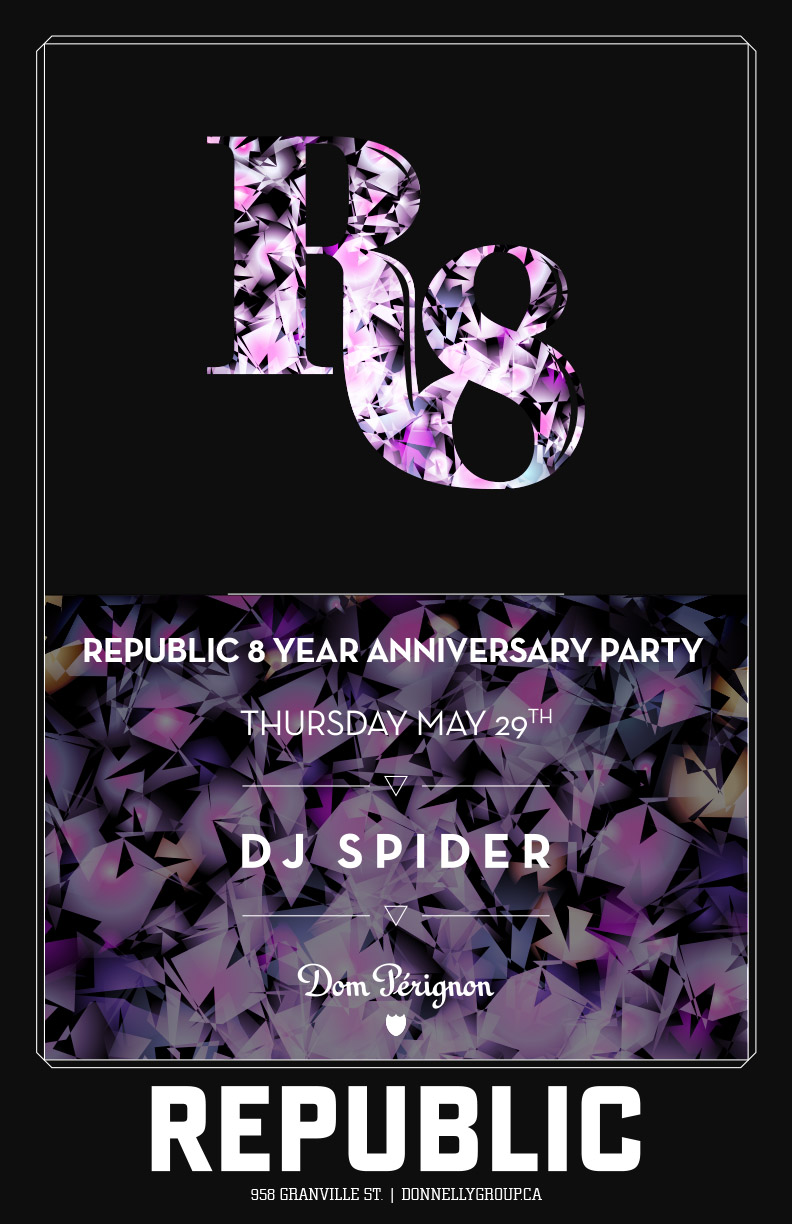