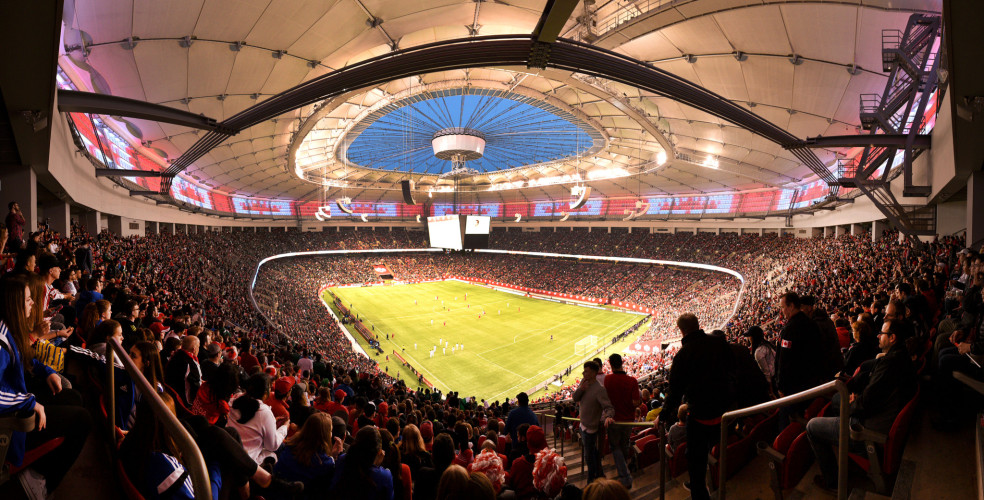 BC Place will be the host for Canada’s next home World Cup qualifying match on September 6, according to a report from Sportsnet’s Irfaan Gaffar.

CSA holding a press conference Thursday where they will announce September's World Cup Qualifier will be played in Vancouver.

Canada Soccer is holding a media conference on Thursday in downtown Vancouver where they are expected to make the announcement.

Given the incredible fan support for Canada’s last match against Mexico, it should come as no surprise that Canada Soccer officials would want to keep the momentum going.

After two straight losses to a powerhouse Mexican team, Canada is currently tied with Honduras for second place in their group, with Honduras holding the edge based on goal differential. The top-two teams will advance to the final round of World Cup qualifying.

Canada’s next game will be on the road, in Honduras, on September 2nd. The home game against El Salvador will be Canada’s last match in this round of qualifying and could be of immense importance.