After an exciting April of firings and a hiring, the future of the Canucks franchise is in the hands of Jim Benning who becomes the team’s new GM.

On Tuesday, TSN’s Darren Dreger reported that the Canucks would name Jim Benning as their new GM later this week.

Expect the Vancouver Canucks to finally name Jim Benning as their new GM later this week. Hiring coach will be next. Trotz high on the list.

The Canucks have not yet asked the Dallas Stars for permission to speak with Desjardins, but expectation is they will.

Jim Benning has agreed to a multi-year deal as Canucks gm and will be officially introduced in Vancouver on Friday.

Who is Jim Benning?

Jim Benning was drafted by the Toronto Maple Leafs in the first round (6th overall) of the 1981 NHL draft. He played for the Canucks for four seasons (1986-90) and was a teammate of Trevor Linden’s for two seasons. 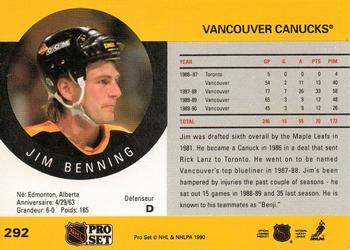 Benning was a scout for the Ducks and Sabres before becoming the director of amateur scouting for the Sabres from 1998-2004. The Sabres enjoyed great success in the draft under Benning’s tenure, consistently drafting NHL players, despite having only one top 10 draft pick. Some of best draft picks under Jim Benning include Ryan Miller (5th round), Derek Roy (2nd round), Jason Pominville (2nd round), Dennis Wideman (8th round) and Thomas Vanek (1st round).

Benning became the assistant general manager of the Boston Bruins in 2006 and the Bruins have been one of the most well run franchises in the league ever since.