According to a report from TSN’s Bob McKenzie, Canucks general manager Jim Benning is interested in bringing Evander Kane home.

Kane has been the centre of a circus in the last week after he violated team dress code, showing up for a meeting in a tracksuit prior to a game versus the Canucks. The controversy that ensued included his tracksuit being tossed in the shower by Dustin Byfuglien and pulling himself out of the game (or a coach’s decision, depending on who you believe).

Kane out 4-6 months with pending shoulder surgery as per the Jets. Will scare most teams away, but not all. More in Dreger Report to come.

Kane, who had been playing with a shoulder injury, promptly informed the team he would opt for surgery right away, rather than waiting until the offseason. Kane is lost for the season, significant for Winnipeg who look poised to make their first postseason appearance since returning to Winnipeg in 2011. This move also hurts Winnipeg’s chances at getting something for him before the trade deadline.

The enigmatic Jets winger will be traded, with that there is no doubt. But is anyone willing to give up something for a player who can’t play until next season?

According to Bob McKenzie, the answer is yes, and Vancouver is one of those teams.

It is also true non-playoff teams – Buffalo and Arizona, for example, to name only two – have interest in Kane and don’t give a fig he won’t be able to play until next season.
But where it really gets interesting is there are three current playoff teams – Vancouver, Calgary and to a far lesser extent Washington — who have legitimate, if varying, levels of interest in Kane as a pre-deadline acquisition.

Yes, it’s counter intuitive. A playoff bound team potentially giving up player or players off its roster now for a player who can’t play until the fall. But the Canucks, Flames and Capitals have thought about it or would at least like to explore that possibility; Kane intrigues them that much.

Vancouver would be at the top of that list.

The Canucks want to make the playoffs, make no mistake. But the new regime of general manager Jim Benning also knows as important as it is to stay competitive and strive for playoffs, there’s a long-range vision, too, and getting a 23-year-old Kane fits into that plan.

The rub, though, is Winnipeg is sure to want a package that includes one of the Canucks’ best young prospects – centre Bo Horvat and/or Jake Virtanen – and that’s a non-starter for Vancouver. Is there a package that includes a Canuck roster player and a different prospect (Jared McCann, for example) that might intrigue the Jets?

Despite the drama that has ensued with Kane this season, the Jets won’t be eager to trade him away for nothing. They have invested a lot in the 23-year-old power forward and appear to be shooting for the moon.

McKenzie suggests that the going rate for a player of Kane’s ability (minus the drama) is typically a roster player, a top prospect and a first round pick. I would suggest that the Canucks don’t have the prospect depth to consider that deal, depending on your definition of “roster player” and “top prospect”.

The Jets are probably better off waiting until the offseason to maximize their return, given the fact that more teams would be in the bidding war. But the Jets are also in a position where making the playoffs now could be of more importance than getting the max for Kane. The Jets currently hold the first wild card spot in the West. 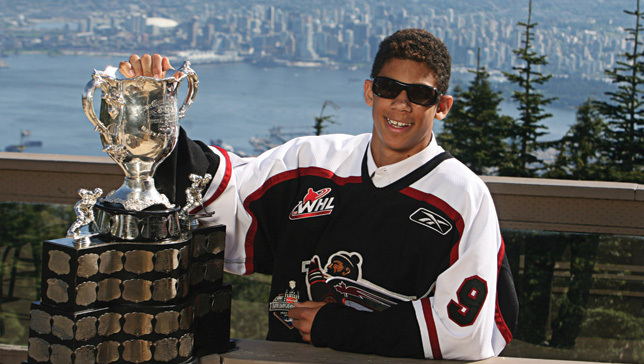 Kane is from Vancouver and was a standout in junior with the Vancouver Giants. He has been unhappy in Winnipeg for a while now and hasn’t done a great job at hiding it. There have been rumblings for years now that he would likely welcome a move to Vancouver.

So what kind of package will the Canucks need to put together for Kane? I don’t believe the Canucks would be willing to part with Bo Horvat or Jake Virtanen, but just about any other of their prospects (Jared McCann, Hunter Shinkaruk, etc) are probably on the table. Winnipeg will want a forward to help them right now, for which the Canucks don’t have a lot to offer without full or modified no-trade clauses. If Jannik Hansen is willing to accept a trade to Winnipeg (his wife is from there), that could interest the Jets. Or maybe Zack Kassian intrigues them? Nick Bonino would peak the Jets’ interest, although that would leave a gaping hole at centre for the Canucks.

If the Jets like McCann, Kassian and a 1st rounder, Jim Benning will pull the trigger in an instant. Unfortunately, I think it’ll take more to get it done.

If the Canucks manage to land Evander Kane, they will be getting a highly motivated player eager to excel in a city where he wants to be.

For more updates on the Vancouver Canucks and other local sports news, be sure to follow our brand new Vancity Buzz Sports Facebook page! 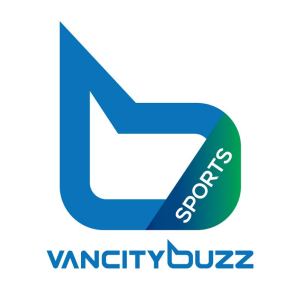