Repairs will be made to a relatively new SkyTrain car that was severely damaged by a falling tree on the Expo Line during Saturday’s windstorm.

According to TransLink, the repairs for the train that was damaged will cost between $50,000 to $60,000. The Mark 2.5 model of train was part of a 34-car car order from Bombardier that arrived just before the Olympics, with each car costing $3.3 million.

After the train was hit, the train stopped in the middle of the track section between Royal Oak and Edmonds stations on the Expo Line. SkyTrain attendants drove another train to the damaged train to assist the passengers out of the damaged train. Passengers then boarded the ‘rescue’ train, which was driven back to the station.

“Parts of the tree were in the guideway, and also stuck beneath the train car itself,” Bryan continued. “Removing all the debris from the track and extracting it from beneath the train took several hours before that section of line could return to regular operation.”

The windstorm and associated service disruptions occurred during the same weekend when TransLink had scheduled SkyTrain service delays to allow crews to safely replace aging sections of rail. Despite the adverse weather conditions, crews are still on schedule with the rail replacement project and will not require additional service downtime to complete the project.

“We were still able to complete our rail replacement work on that section near Edmonds Station, and next weekend’s running rail work will be [as scheduled] on the S-curve between Commercial-Broadway and Main Street-Science World Station.”

From Friday, September 4 to Monday, September 7, transit users on SkyTrain should allow up to 20 minutes in extra travel time throughout the day. 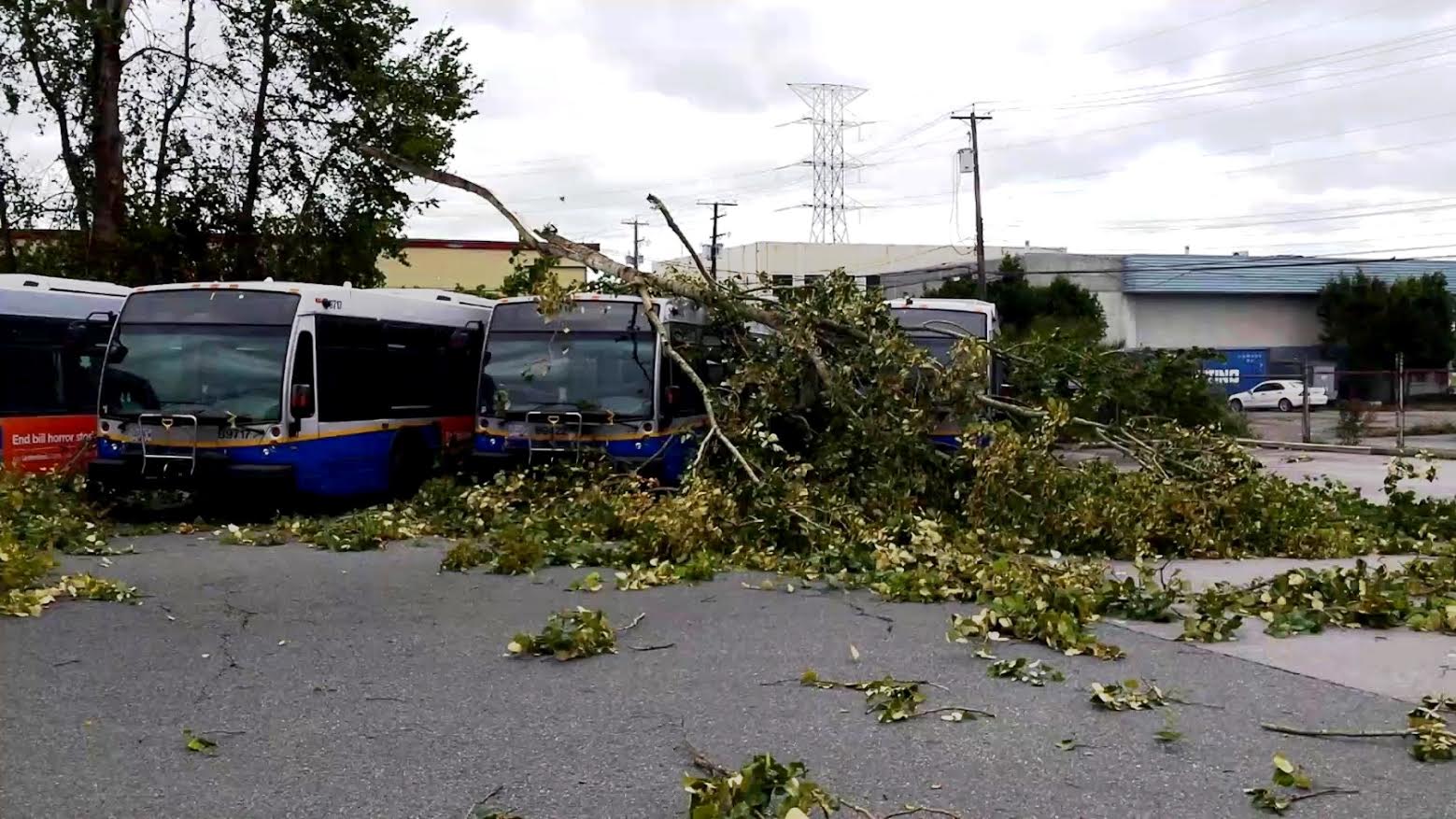 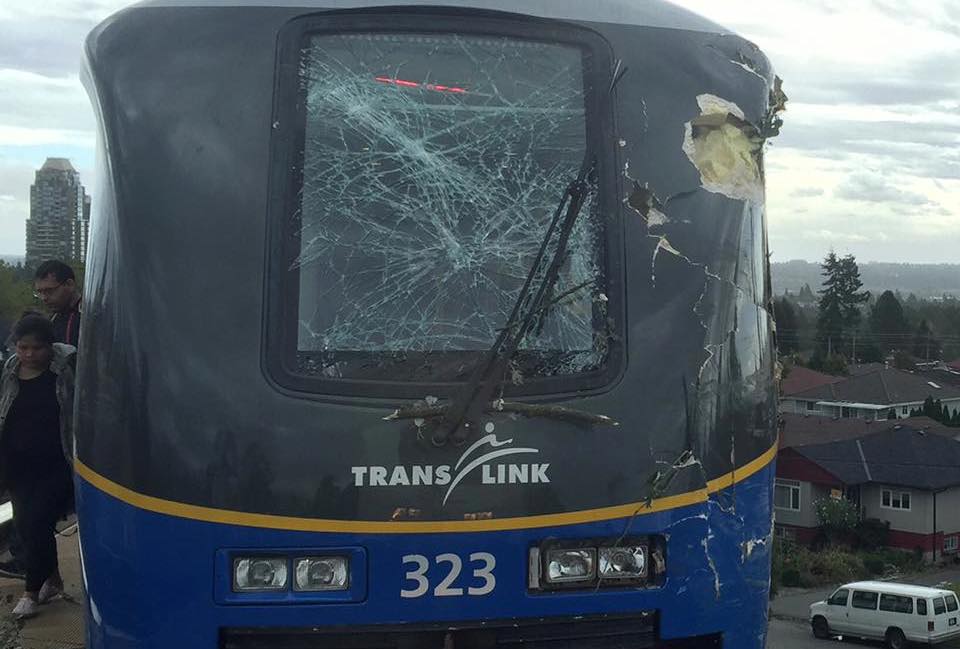 A tree hit the skytrain bad… luckily no one was hurt and i was at the back of the second train. #crash #skytrain #storm