A Rezoning application is being considered under the Secured Market Rental Housing and Rental 100 Program for 3501-3523 East Hastings Street.

Share your thoughts, and comments at the next community open house for a proposed apartment sanctioned by the Rental 100 Program.

A community open house is scheduled from 5:00 – 8:00 p.m. on Wednesday, April 2, 2014 at the Hastings Community Centre (Room 9), 3096 East Hastings Street, with the applicant team and City staff available to answer questions.

The proposed site will include: 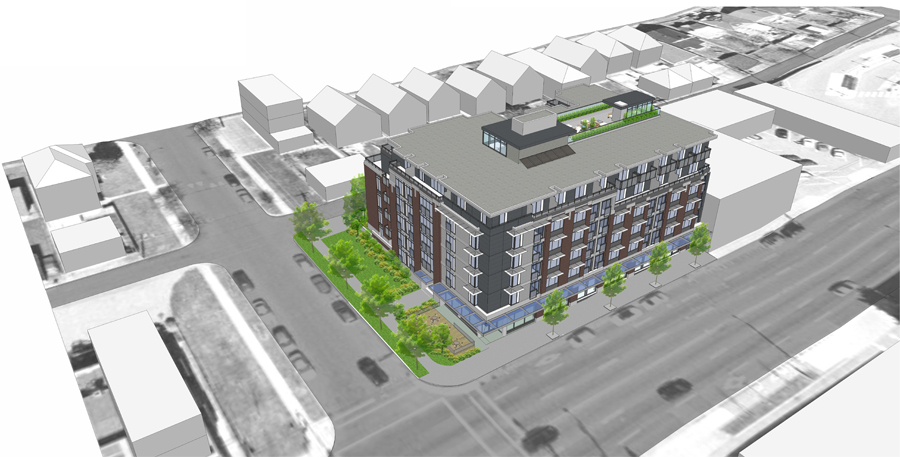 The Rental 100 Program was approved by the City of Vancouver in May 2012 to stimulate new construction of potentially 3,350 rental units by 2021.  The objective is to meet the City’s affordable housing targets for market rental housing.  The new program supersedes the Short Term Incentive for Rental Housing (STIR) program from 2009 to 2011 which created 1651 rental units in the city core. 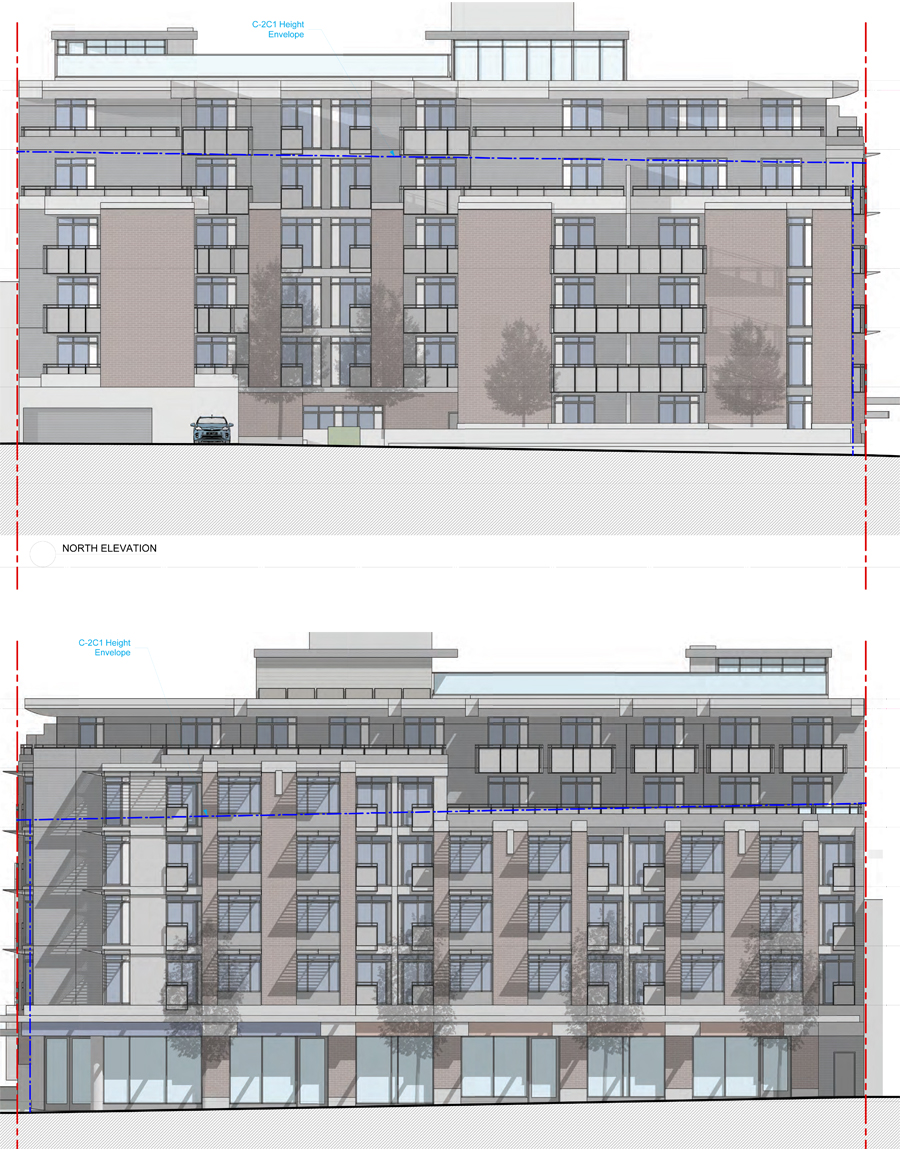 The City of Vancouver recognizes the demand for affordable rentals met by private condos has its drawbacks. Private rentals do not provide the same level of stability for tenants mostly because landlords are individual investors who are more likely to sell a unit for their own purposes.  In contrast, the purpose built rental is a stable source of supply and caters to more affordable lifestyles over time.

The Rental 100 Program policy requires that 25% of the units in a building be targeted towards families, which equated to 2 bedroom units or larger.  Also, the program enhances clarity for both developers and the community as to where increased density would be considered such as commercial areas, neighbourhood “high-streets”, arterials, and areas close to public transit.

According to the City of Vancouver, about 55% of the households are considered renter household.  Stimulating the rental market by providing Municipal incentives for rental housing, the city hopes to reach affordable housing targets. The program targets are highlighted below: 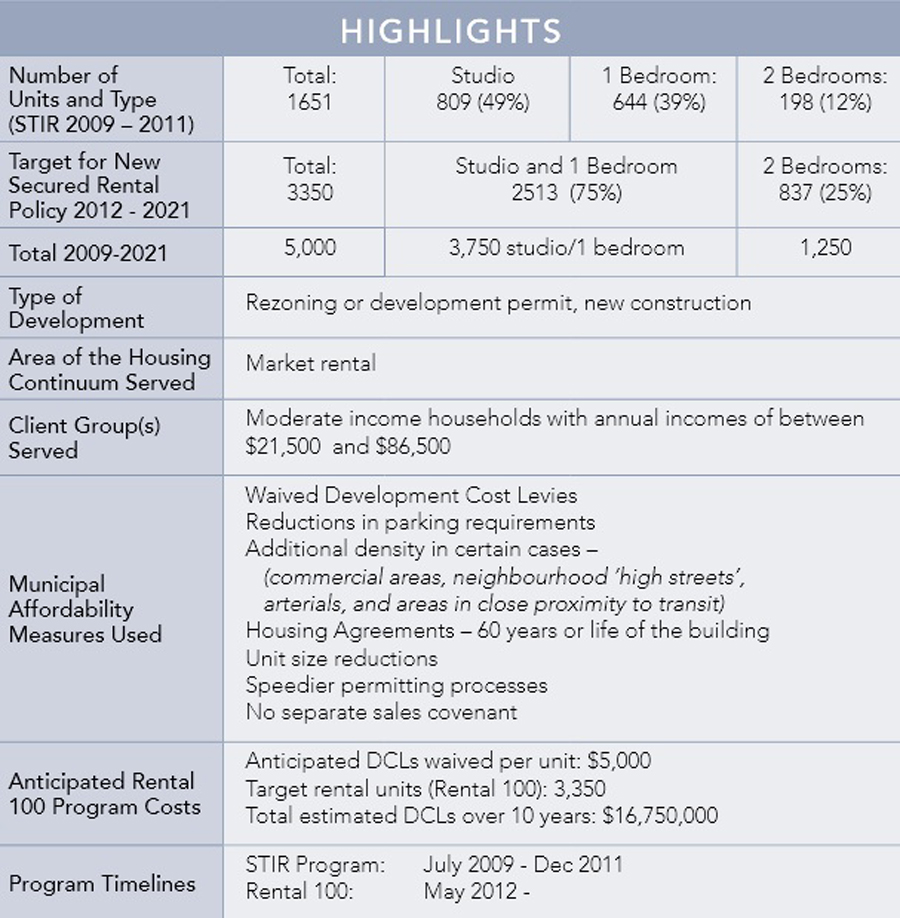