René Angélil, Celine Dion’s husband, passed away Thursday morning of cancer at the age of 73, according to a Facebook post on Celine Dion’s official page.

Angélil died in Dion’s Las Vegas home and Dion’s team said they will provide further details in the coming days.

As of May of last year, Dion told Entertainment Tonight in an interview that Angélil was doing well.

“We know the path that he’s going, the treatments, I knew he was amazing. He’s such a champ,” she told the celebrity media outlet.

Dion had previously taken a year off from show business to care for her ailing husband.

“It’s hard because life imposes sickness on you. You have no choice but to deal with them. But I have to say, I’ve been with him all my life and he’s shown me the way many times,” she told E.T. 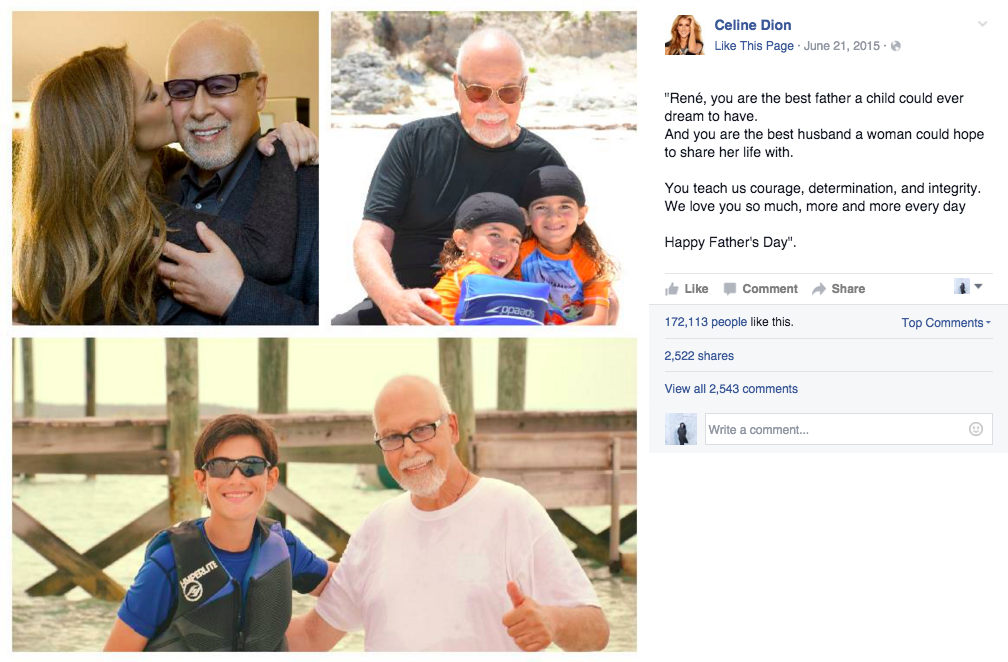