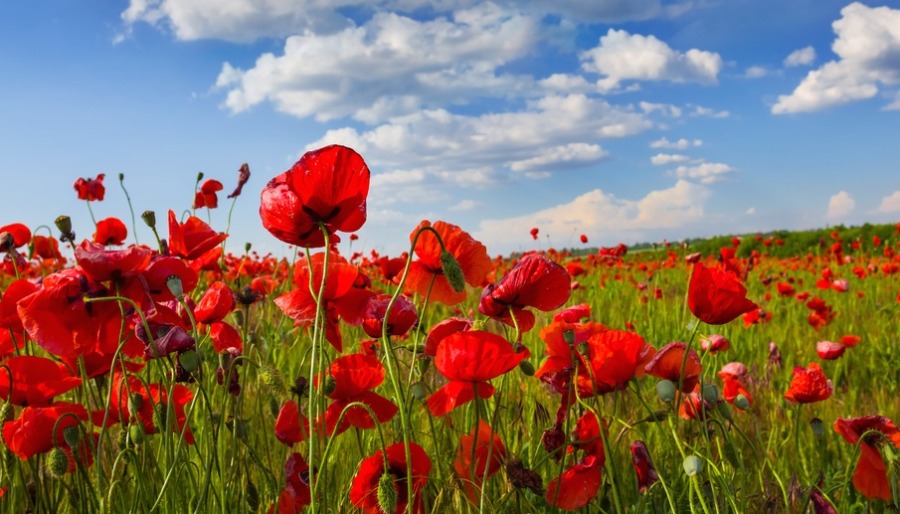 Later, during World War One, artillery strikes caused previously harsh soils to become rich with lime from the rubble of destroyed buildings, providing fertile ground for the common poppy to flourish. This in turn inspired Canadian war medic Lieutenant-Colonel John McRae to write his iconic poem “In Flanders Fields.”