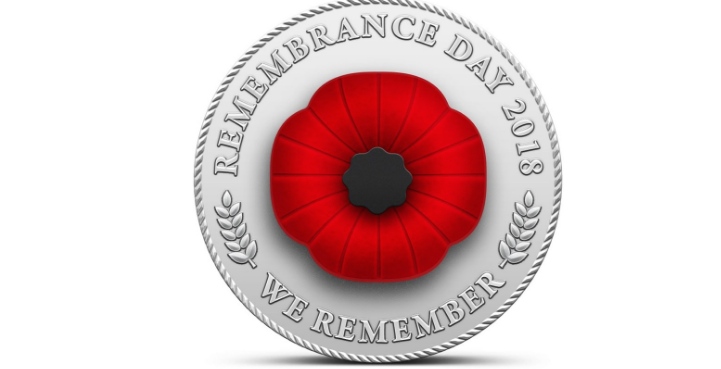 To complement the traditional lapel Poppy, the Royal Canadian Legion’s Remembrance Day Poppy is also available online for a fundraising campaign, the first of its kind in the world.

The “Digital Poppy” is available online and Canadians can personalize it, dedicate it and share it online. Citizens can add their own family stories and images as pledges to never forget those who served, fought and sacrificed for our freedom.

It is the first time online donations have ever been accepted by the Legion’s national poppy fund, which helps pay for services for veterans and their families.

Funds raised will be directed to local Legion branches, based on the addresses entered when donations are made.

“For every Canadian, the bright red Poppy stands for our country’s greatest values, and the debt we owe to the brave souls who put everything on the line to fight for us,” said Don Cherry. “I’m dedicating my digital Poppy to my great Uncle, Sergeant Thomas William MacKenzie who died in battle four days before Armistice Day in 1918.”

“Canadians have enthusiastically supported the Legion’s lapel Poppy campaign for many years and the traditional ‘on-street’ donations will continue across the country. But in an increasingly cashless society, we wanted to give people another way to support their Veterans,” said Danny Martin, deputy director of The Royal Canadian Legion. “The Legion’s new digital Poppy campaign will allow people to donate online and share their remembrance in a meaningful, personalized manner.”

Once downloaded, the digital Poppy can be posted on the donor’s social media site of their choice. Digital Poppy owners will also have the option of using the virtual Poppy as their profile images as well as adding their own personal touch.

The introduction of the new Poppy and the opportunity for online donations, represents a newfound and modern approach to the campaign and offers the potential to reach younger audiences of donors through social media.