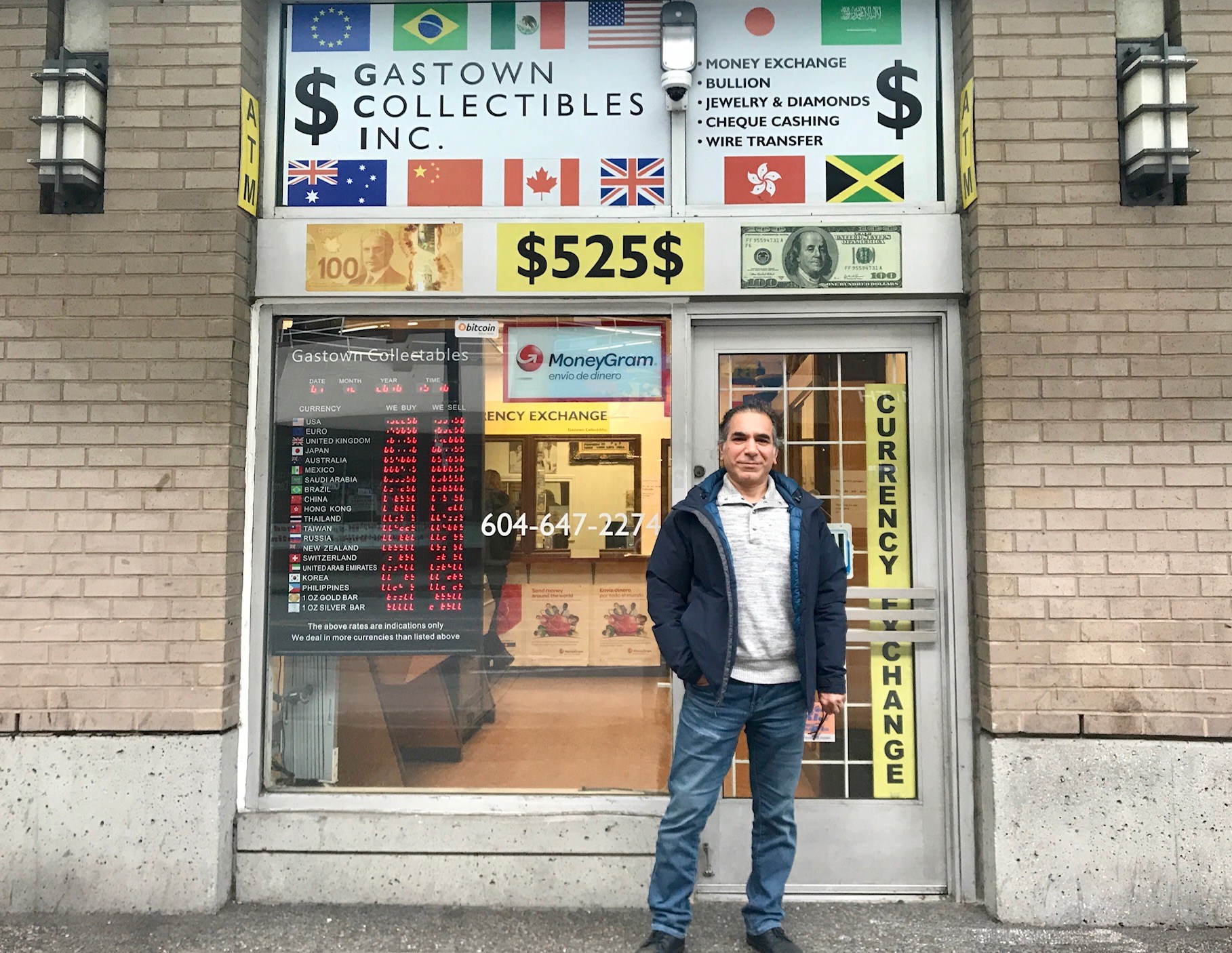 A Vancouver man is applauding a local business owner’s honesty and impressive memory after getting a $52 refund for being accidentally overcharged — two years ago.

Cory Jennermann went to Gastown Collectibles Inc.  earlier this month to exchange currency for an upcoming trip, and was surprised to hear Owner Mo Tavakoli greet him with: “Oh hey, you’re back, it’s been a while.”

He hadn’t been in the Gastown store since 2016.

Jennermann explained that he’d been going to other stores to exchange money the past couple of years, and Tavakoli joked that his store has the best rate in town.

But the shop owner knew the exact date Jennermann was in last.

“He says ‘you know, I think the last time you were here was December the 6th, 2016’ and I thought that’s a really precise date and it’s kinda funny,” Jennermann told Daily Hive.

As Jennermann began to explain that he was in to get some Pesos, the owner goes to grab an envelope.

“He opens up the envelope and then pulls out $52 in cash and receipt and he just says ‘you know, last time you were here I realized after you left that I had typo’d one of my decimals and I accidentally overcharged you.'”

Jennermann said Tavakoli then explained he’d been holding on to that money ever since to return to him, in case the customer ever returned to his small shop.

“I just burst out laughing. I just thought that was crazy,” Jennermann said.

“He had no record of who I am, he just remembered me by my face… and by the fact that I’d come in there, you know, maybe five times… like three, two, three, four years ago kind of thing.”

Tavakoli said he learned from his father, who is a business owner in Iran, that if you’re paid more money than you’re owed — you must return it to the customer.

“That’s the karma, if you don’t do that, comes back to us and triple times, you’re gonna get worse, so that’s why it’s my philosophy and my… in business we have to keep all those money for the people if it is wrong here, so that’s why we kept Cory’s money,” Tavakoli said, smiling.

It appears Tavakoli has built a reputation for this honesty with customers.

DJ Siavash posted to Instagram in June with a picture of Tavakoli, explaining that he accidentally left $1,000 behind once when he was in a hurry — and Tavakoli tried to contact him to make sure he got his money back.

I found this spot when I did a bit of online research for the best #currency #exchange rates in #vancouver 🇨🇦 Gastown Collectables Inc. kept coming up as the top result. Not only do they have the best rates but the wonderful Tavakoli family showed me warm, soulful, next level costumer service. 👨‍👨‍👧 In my rush to get money exchanged and catch my flight, I later found out I misplaced an envelope containing $1000. 💵 I thought I dropped it on the street. 😲 I found the owner on the same block I was desperately searching. He was outside looking for me! ❤️ He flagged me over and he even was calling my number which I used for my earlier inquiry to find me. 🤗🎉 Now everytime I'm prepping for a tour I make sure to stop by and visit the lovely Tavaokolis, and do my thang w this honest man!!! #truestory #faithinhumanity #honesty #loyalty #trust #currencyexchange #supportlocalbusiness #goodkarma #honestyisthebestpolicy

Tavakoli, who has been running his business since 1998, said he never takes a day off, except sometimes he’ll leave a little early on Sundays.

“I’m so happy to deal with the people almost every day. I do deal with over 150 people and all different nationalities they come… from student, even police, even banks, worker, they are coming here and then they go happy, so I’m happy, that’s good… good challenge of my business and my life,” he says. “And raised two beautiful kids, that’s my most important thing.”

Jennermann said it was a heart-warming moment when Tavakoli gave him his money back.

“You can have a big positive impact on people when you do small acts of kindness like that and it was really refreshing just to see someone have that kind of attention to detail and I thought it was really, really cool,” he said.

Jennermann said “people like that deserve to have a lot of success.”