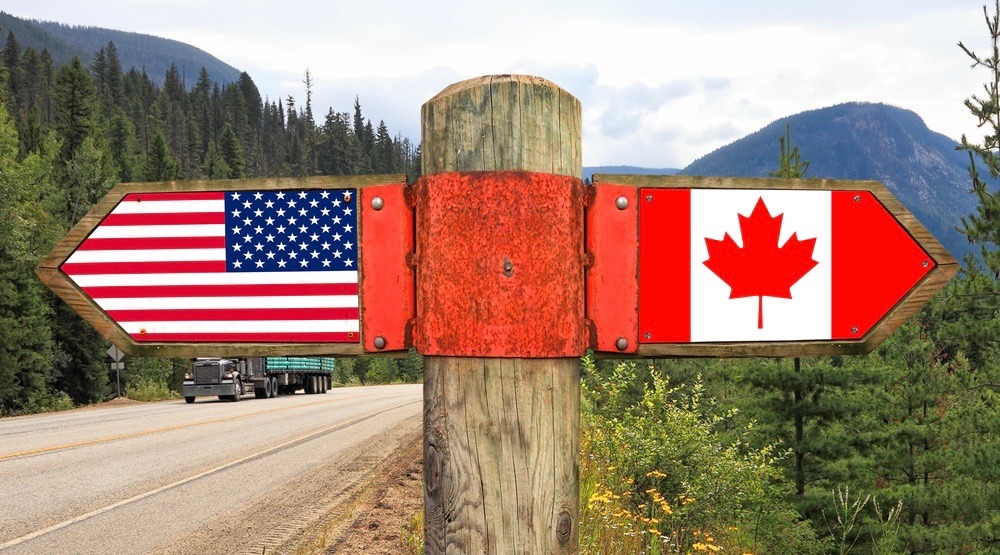 Almost half of Canadians think people seeking refuge by illegally crossing the border from the US should be sent back to America, according to a new poll by Ipsos.

The online survey, conducted on March 8 and 9 for Thomson Reuters, asked 1,001 Canadians about immigration and refugees in Canada.

Some 48% of respondents thought anyone arriving illegally in Canada for fear of President Donald Trump’s immigration crackdown, should be sent back.

Meanwhile, 36% said they think those people should be allowed to stay in Canada and seek refugee status, while 17% didn’t know what to do.

A growing number of people have crossed the border illegally since US President Donald Trump began attempting to halt the intake of refugees and enforce illegal immigration laws.

Broken down by province

Broken down by province, Albertans led calls for those seeking refuge from the US to be sent back, with 57% of respondents backing the idea.

Meanwhile, the Atlantic provinces were the least likely to support sending them back, with 43% saying those seeking refuge from the US should be returned to America.

And while 47% of respondents from BC wanted refugees crossing the border from the US sent back, a close 39% were happy for them to stay and seek refugee status here.

Interestingly, when broken down by age group, younger respondents were less likely to want to send anyone arriving illegally from the US back.

Meanwhile, 43% of young people thought Canada should let them stay and seek refugee status here, compared with 32% and 34% respectively for the older age groups.