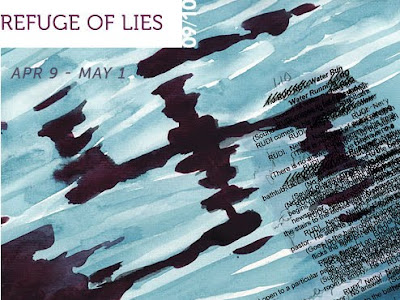 Ron Reed’s searing drama REFUGE OF LIES, playing April 9-May 1st at Pacific Theatre, following its hit Off-Broadway premiere in 2009. A suspenseful and provocative tale of one man’s confrontation with the alleged war crimes of his past, REFUGE OF LIES forces us to consider what happens when the past invades our present, and whether those wrongs can ever truly be made right.

There is a local flavour to this piece, set in Vancouver and inspired by the 1992 accusation and deportation of Jacob Luitjens (aka The Terror of Roden), a Vancouver resident and UBC professor whose Nazi collaborations were uncovered by a Dutch journalist. As we live in an ongoing state of war today, this story begs the question of what secrets will haunt Vancouver in the years to come.

Tickets are on sale now, they can be purchased from the Pacific Theatre box office at 604.731.5518, online at www.pacifictheatre.org or in person at 1440 W 12th Ave

Contest:
We are glad to give away two pairs of tickets to the 8pm performance on April 10. To enter simply retweet this link @vancitybuzz and @pacifictheatre. You can simply cut and paste the following into twitter.

I just entered to win a pair of tickets to Refuge of Lies courtesy of @vancitybuzz and @pacifictheatre http://bit.ly/aidw5p  RT to enter.

In order to qualify you must be following @vancitybuzz and @PacificTheatre