Step off the elevator on the fourth floor of downtown Vancouver’s Rosewood Hotel Georgia, turn left, and walk directly into a five-page photo spread in Coastal Living magazine. Despite the aesthetic changes, the newly-remodelled Reflections has retained its infinite charm as one of the city’s most cherished warm-weather hidden gems.

To infuse new life into the space, the bar area was shifted to the far side of the covered section, and what had been the bar is now a bright, cheery fully open kitchen. Two Japanese maples were crane-lifted into the space, and strung with lights. Floral pillows, carefully folded blankets, and cozy outdoor furniture give Reflections an endless and effortless summer vibe. 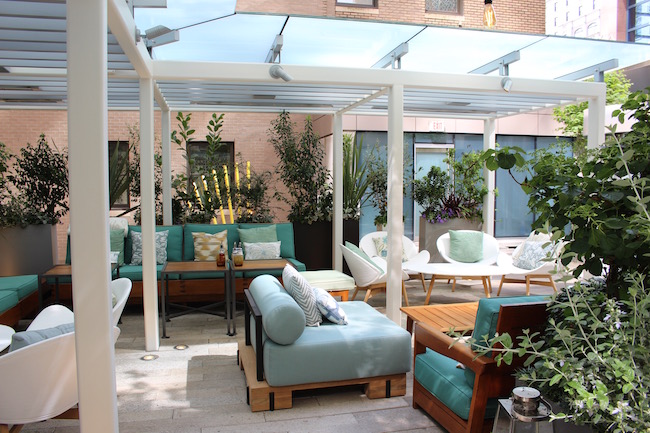 While many urbanites are well-acquainted with Reflections as a patio season mecca for post-work drinks, the restaurant is open all day, which makes it an ideal spot for lunch, whether you’re ducking out of the office, escorting out-of-towners around, or spending the day shopping in the area. If you’re flying solo, the bar is a welcoming spot for a drink and a bite. 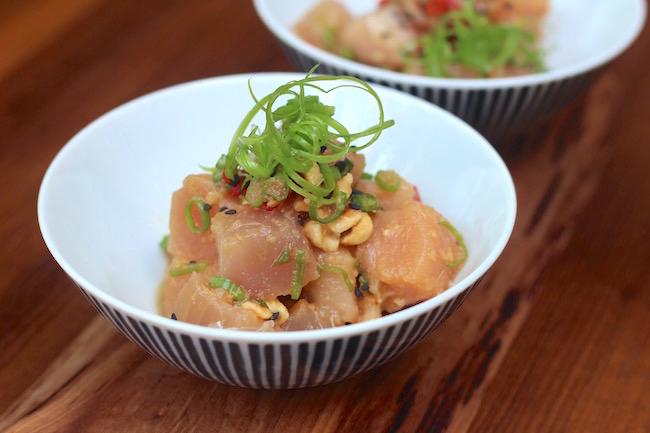 A menu of west coast-inspired fare awaits lunchers, including an on-trend poke, flatbreads, and sandwiches (like a not-to-miss summery shrimp and lobster roll on buttery toasted brioche).

Come evening time, the menu shifts to a shared plates (or, more accurately here, bowls) concept, where diners are encouraged to mix and match for optimal group enjoyment.

The cocktail menu is on point, showcasing whimsically named twists on classics with a local bent (the Kitsifornia Cobbler, for example, or the Wreck Beach Lemonade) that lend a sense of place to this tucked-away oasis (complete with water feature). 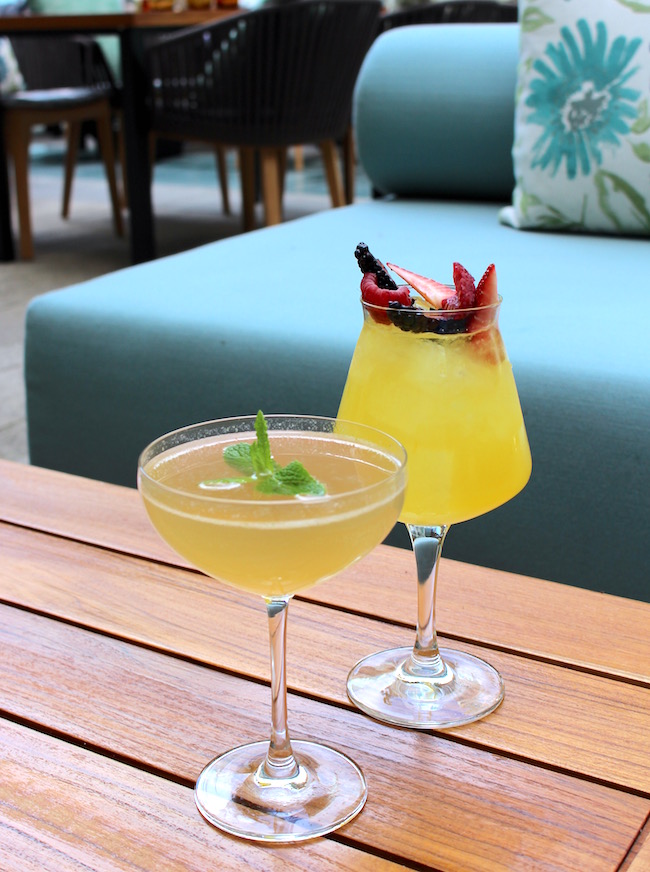 You can argue all you want whether Reflections is a rooftop patio or a courtyard, or anything else for that matter, but there’s no need to overthink it. This is a chic respite from the concrete and glass of downtown Vancouver, complete with the hospitality one would expect from a world-class hotelier like Rosewood.

The hope is to give the patio (or Garden Terrace, as the new name stipulates) an extended lease on life with adaptation for the cooler months. We won’t ruin any surprises, but let’s just say you could be singing Christmas carols and sipping on spiked cocoa while snuggling under blankets this December. 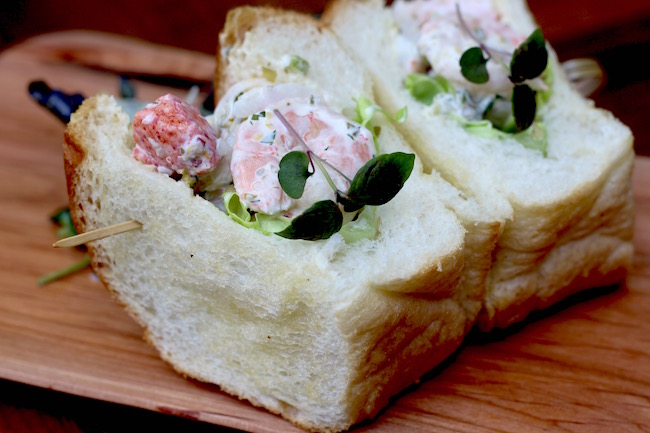 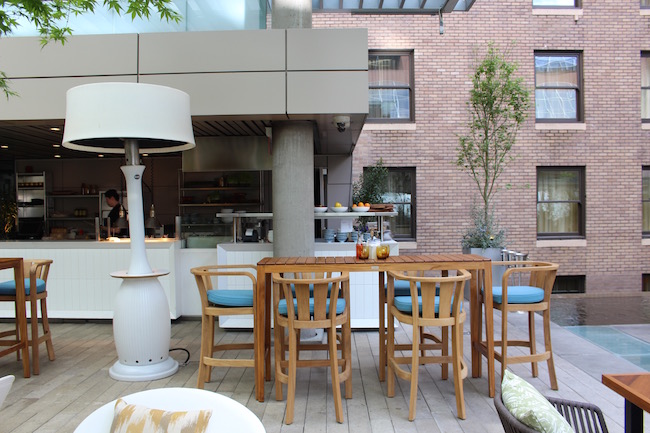 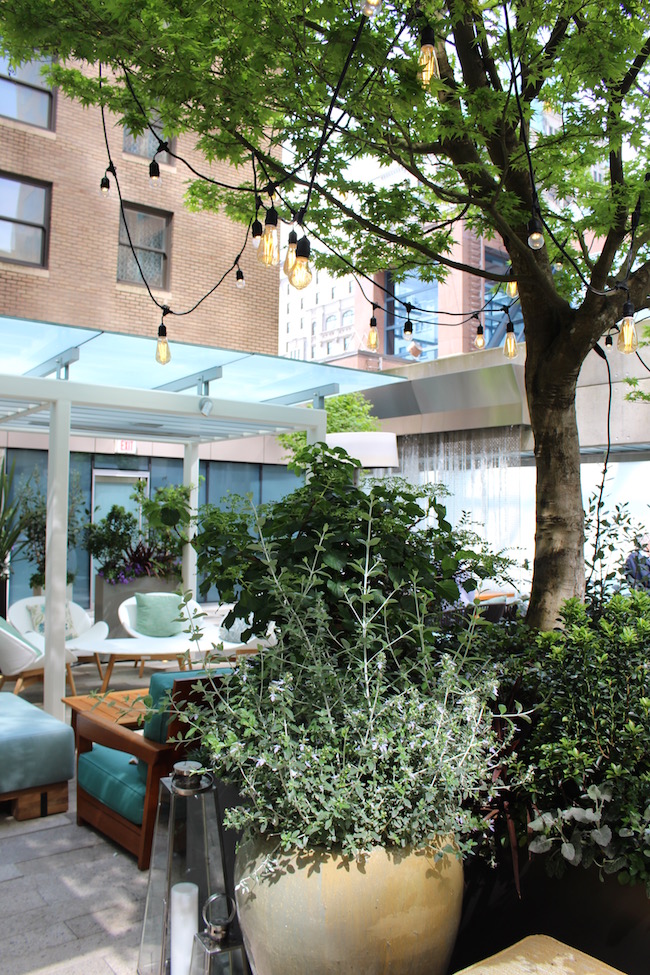 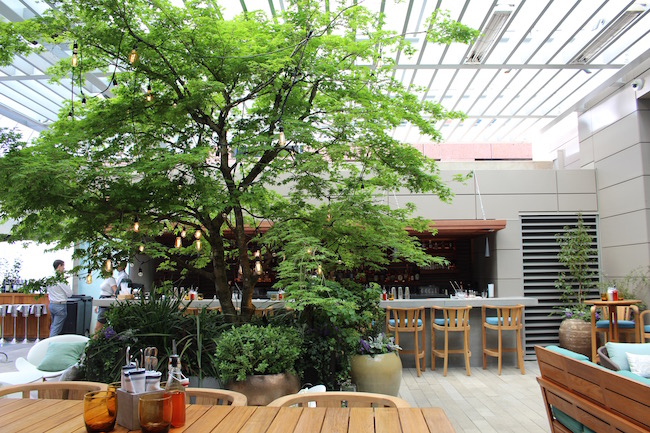 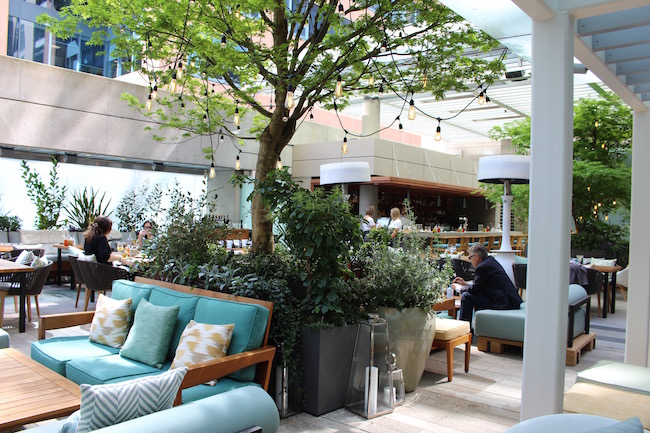