We are 30 games into the regular season and the Canucks are sitting in second place in the hypercompetitive Pacific Division.

The good start was a nice surprise for Canucks fans as there was a lot of uncertainty in the off-season. After all, the Canucks had newcomers in all three of the big management positions: head coach, general manager, and team president.

General manager Jim Benning came to the club with the reputation of being a great scout and talent evaluator. He joined the team on May 21, 2014 and made a big mark on the team just a month later with a series of deals heading into the NHL entry draft.

Benning traded disgruntled forward Ryan Kesler to the Anaheim Ducks on June 27, along with 3rd round pick in 2015 for centre Nick Bonino, defenseman Luca Sbisa, and Anaheim’s 1st and 3rd round picks in the 2014 NHL Draft. The Canucks immediately traded the 3rd round pick from Anaheim to the New York Rangers for scrappy forward Derek Dorsett.

Just a few hours later, Benning traded defenseman Jason Garrison – along with the rights to Jeff Costello and a 7th round pick in 2015 – to Tampa Bay for the Lightning’s 50th pick in the 2014 draft. Benning then traded that 50th pick to the Los Angeles Kings the very next day for forward Linden Vey.

Thus, in 48 hours, Benning had acquired four immediate roster players (Bonino, Sbisa, Dorsett, and Vey) and an additional 1st round pick in exchange for two roster players (Kesler and Garrison), two 3rd round picks and Jeff Costello. Just as importantly, he freed up a lot of money that he was able to parlay into signing free agents Ryan Miller and Radim Vrbata (the buyout of David Booth’s contract helped with that as well).

After a torrid start, Nick Bonino has slowed down to the tune of just one goal in his last 16 games. Still, after 30 games, Bonino has a respectable 20 points (8 goals, 12 assists).  All his damage has come at even-strength, as doesn’t have a power-play goal yet this season.  However, he does sit tied for 6th in the entire league with 3 game-winning goals.  I’ve been very impressed with his wrist shot and in particular his quick release. 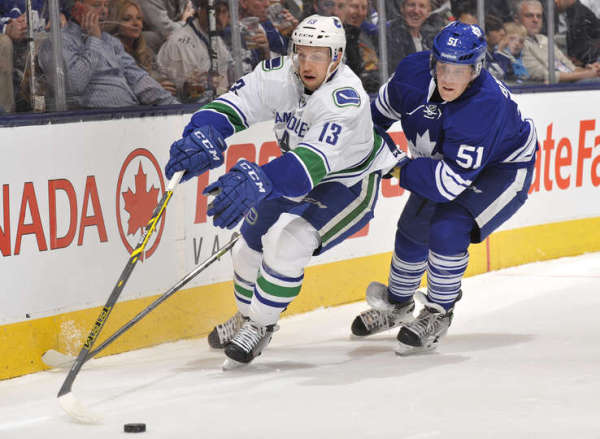 By contrast, Ryan Kesler had a so-so start with the Ducks but has heated up recently with 6 points in his last 4 games. He now has 24 points (10 goals, 14 assists) in 31 games.

Those fans who proclaimed that Bonino was a better player than Kesler at the start of the season were a tad premature, likely blinded by their disdain for RK17. Comparisons notwithstanding, Canucks fans should be happy with what they got: a quality second-line centre at a very reasonable cap hit of $1.9 million.

And for those who still like to make the comparisons to Kesler, you’ll just have to live with the fact that Bonino will never be a shutdown centre or special teams specialist.

Derek Dorsett is the team’s unsung hero so far. He can skate, he can score, he can hit and he can fight. He reminds me a lot of Raffi Torres, except without the maniacal stare. Dorsett’s 10 points in 28 games puts him on pace to beat his previous season-high total of 20 points with the Blue Jackets in 2011-2012. He has combined with Jannik Hansen and rookie Bo Horvat to give the Canucks a reliable fourth line that can play effectively at both ends of the rink. 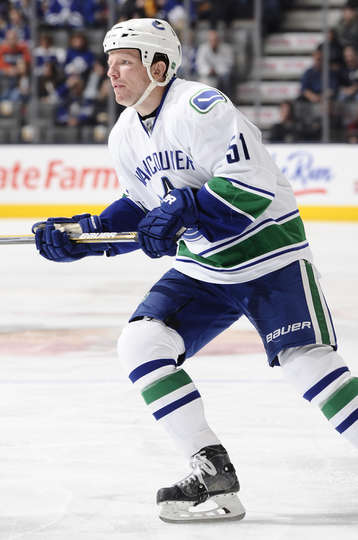 If Dorsett is the unsung hero, then Luca Sbisa is Mr. Unpredictable. Along with defense partner Kevin Bieksa, Sbisa has had some strong games (especially with respect to corsi for) and some really brutal games. For the bad games, you don’t have to look at advanced stats…you just need to watch Sbisa on the ice. He’s often caught out of position or giving the puck away. 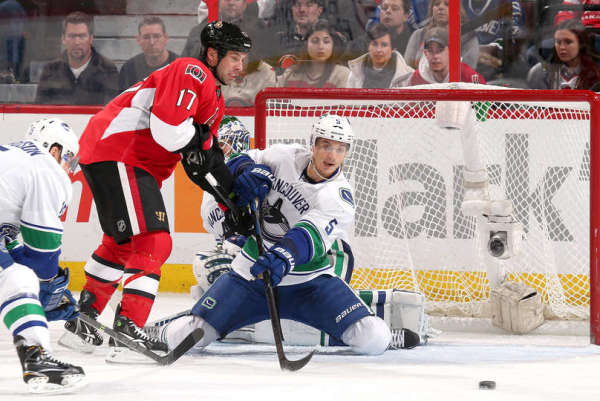 As for Linden Vey, he’s quietly amassed 13 points in 28 games. He’s most effective on the power play, especially in the slot (flanked by a Sedin and Vrbata). He will need to be more consistent and noticeable at even strength. His 4 power play goals have him sitting in a tie for 20th overall in the league, while his strong shooting percentage of 26% is good for 6th overall. 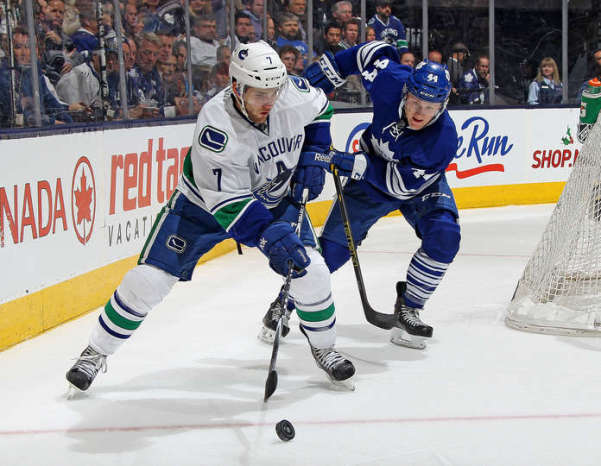 Loosely linked to Linden Vey is Jason Garrison. Garrison already has 15 points in 30 games, putting him on pace to better his career season-high total of 33 points achieved once each with the Panthers and Canucks. With the injury to Dan Hamhuis, Garrison would indeed look good in a Canuck uniform. The Canucks haven’t replaced his hard –yet erratic –shot from the blue line. Can you imagine Garrison slamming pucks on the Canucks’ new and improved power play?

The injury to Hamhuis exposes the Canucks’ lack of depth on the blue line. It’s forced Sbisa to play minutes that he might not be ready for.

It will be interesting to see if Benning pulls the trigger and makes a deal for another defenseman. Given his early track record, the trade would likely be a success.