If you are in need of some tree therapy or just want to take the family out for some fresh air fun, Redwood Park in South Surrey makes for a beautiful walk in the woods. 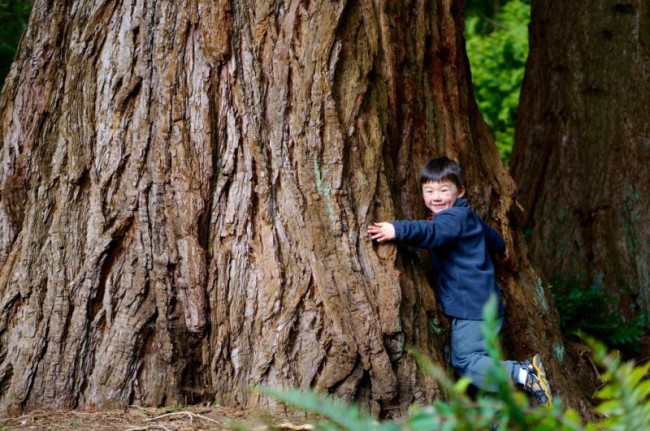 The park is essentially the legacy of twin brothers, David and Peter Brown, who, in 1893 at 21 years of age, were each given 40 acres of land by their father, homesteader and pioneer, David Brown. They began to collect seeds and saplings from around the world, including planting a grove of Giant Sequoias (Coast Redwood) from which the park takes its name.

With five towering groves (Coast Redwood, Black Walnut, European Ash, Chinese Chestnut and European Birch) and around 50 species of both native and exotic trees, it is a nature lover’s paradise. There are markers that will help you identify the various deciduous and coniferous trees; a tree guide is also available from the city of Surrey for the same purpose. 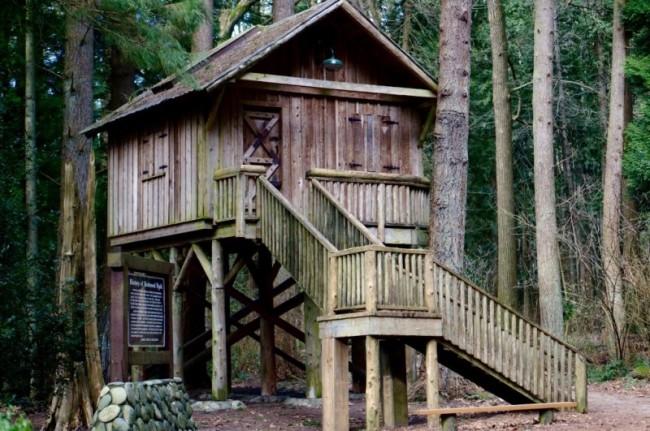 The twins, who were deaf from birth, lived on the land their entire lives, and at one point built a two-storey treehouse, nicknamed “The Hotel.” The original structure is no longer standing, but the city built a replacement as homage to the twins and their life on the land. While you cannot go into it, you are able to climb the stairs and take in the view of the meadow, lush vegetation and surrounding heritage trees. 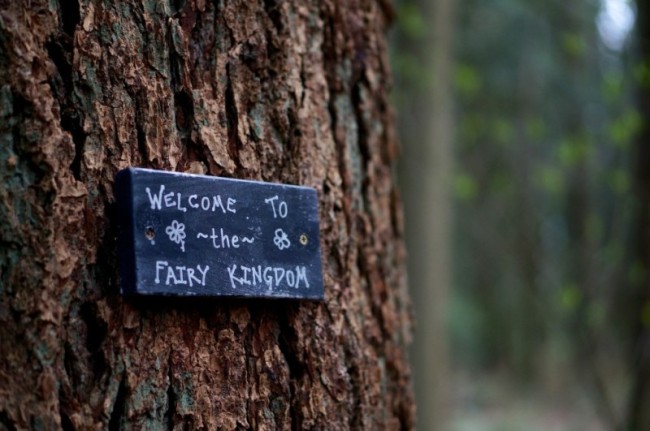 A highlight for children is the enchanting fairy kingdom. While only a few of the original fairy doors remain, the fairy folk have been busy building new micro dwellings in the forest. 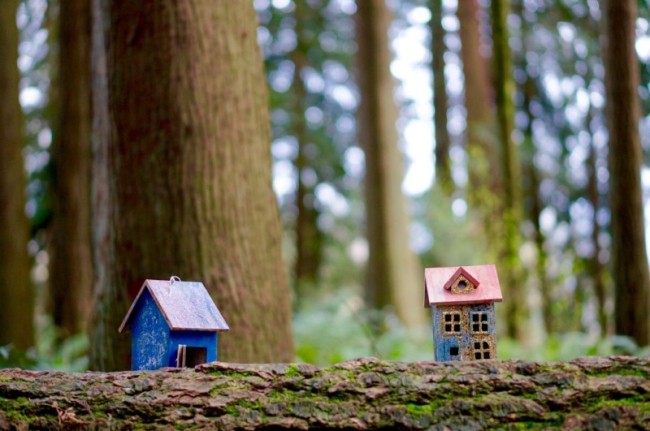 Children love scampering over logs, amongst the moss and ferns, peering around trunks to see where the fairies make their home. It’s truly a magical little place for little ones, or “like walking through a dream,” according to my four year old.

And yes, there is even a fairy fire department on standby.

It was no surprise when my older child, still unsure of his belief in fairies finally asked, “Well if fairies are for real, why can’t we see them flying around?”

I thought about it for a bit, then answered, “Well, sometimes we can’t see the fairies for the trees.”

Surprisingly content with my response, he bounded off through the forest with his brother after assuring me that he indeed “knew that already.” 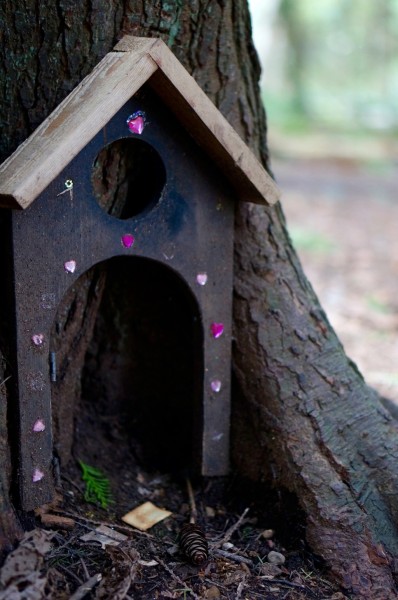 Redwood Park is located at 17900 – 20 Avenue in Surrey. The park features a good sized children’s playground, plenty of picnic tables, washroom facilities, well-marked trails and a map near the parking lot. The longest route is about 5 km, but there are shorter loops that are suitable for young explorers. Dogs must be on leash.