Vancouver’s latest piece of public art is a citizen-spurred initiative created as an visual ode to our wet, rainy climate.

Titled the “Rainblossom Project,” the red umbrellas are hung by string on the branches of a naked tree at Spanish Banks. It particularly stands out at the moment given the blanketing white surroundings provided by the significant snowfall the city experienced over the last few days.

In the first photo, the North Shore mountains in the background are hidden away by the falling snow. 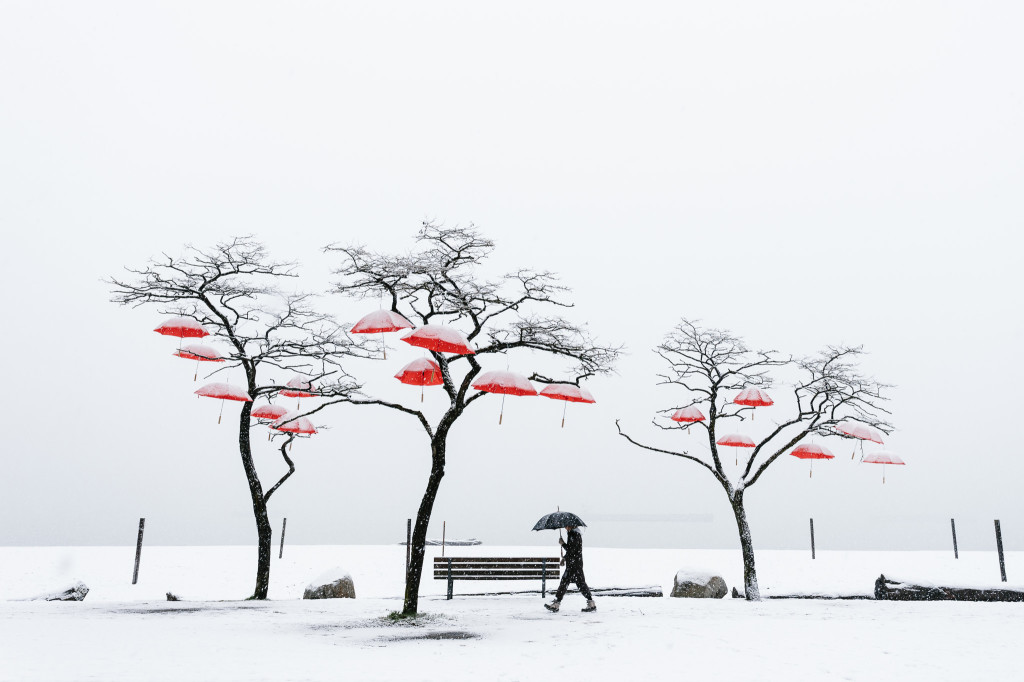 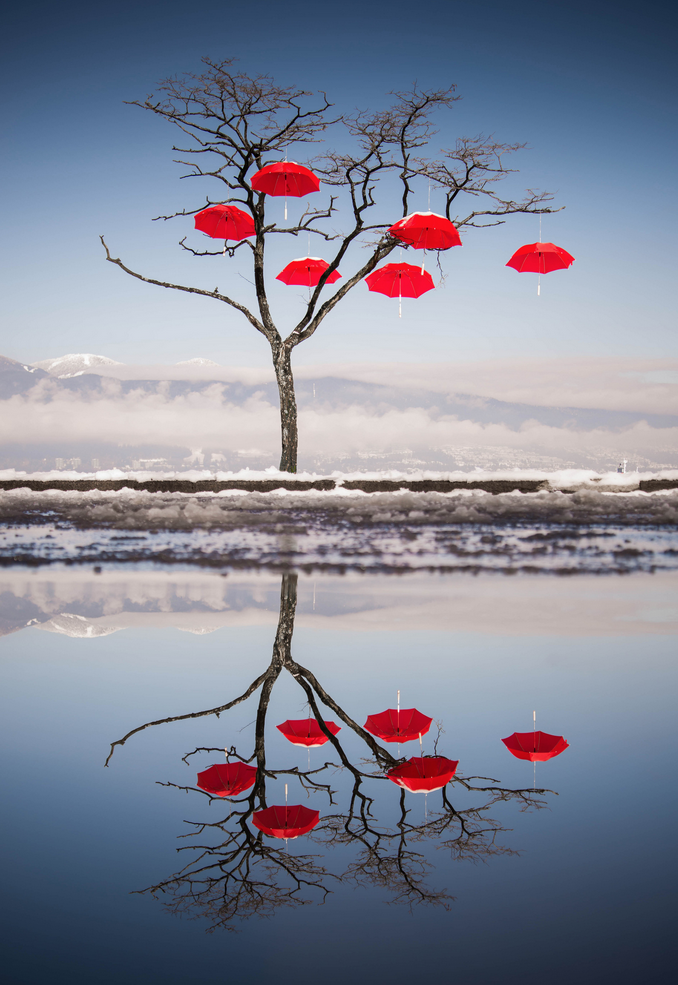 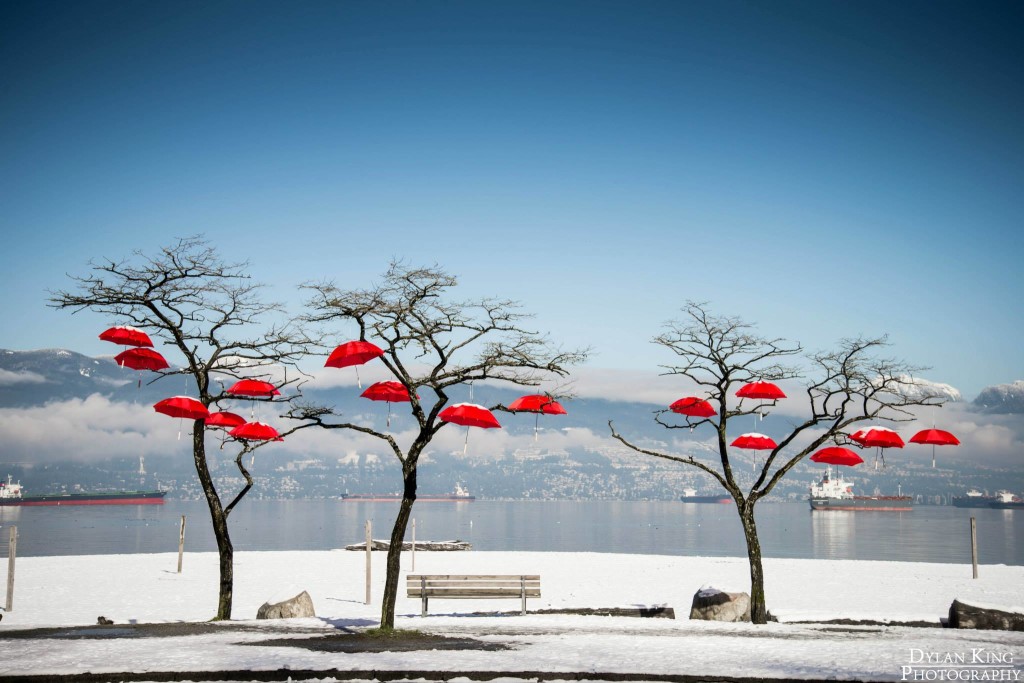 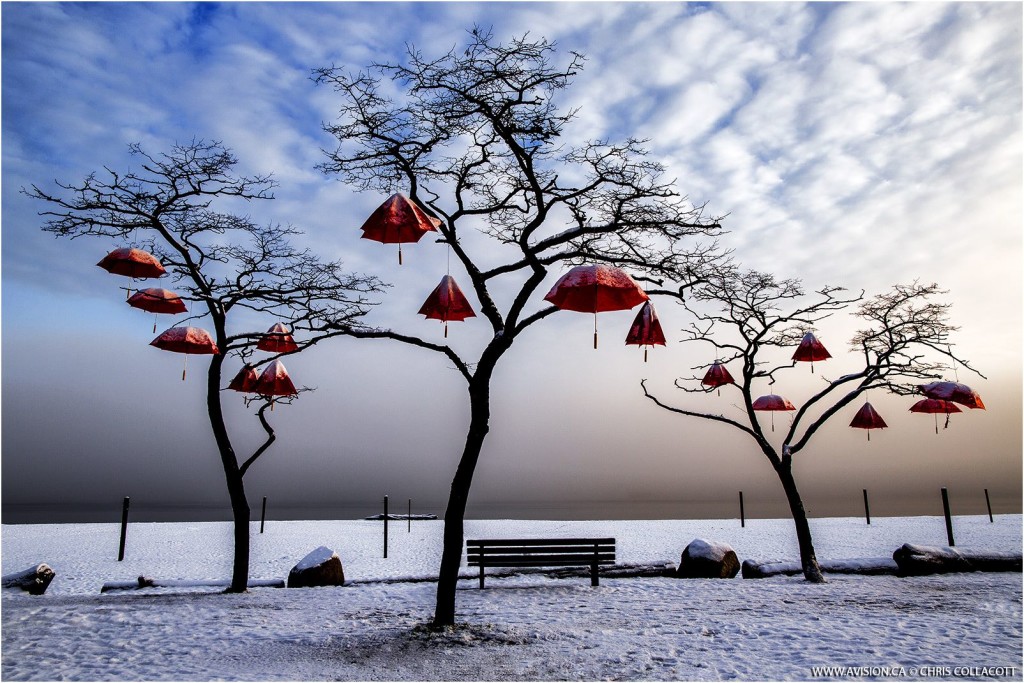