Red Rock Diner is a nostalgic romp that loads dozens of classic songs into a dancy two-hour affair. The latest production of The Arts Club Theatre is a bit thin on plot and character, but in the end it’s really about the music anyway. With plenty of panache, the talented performers take the audience on a fun trip to back to the 50’s, when Red Robinson was getting his start on the local airwaves. 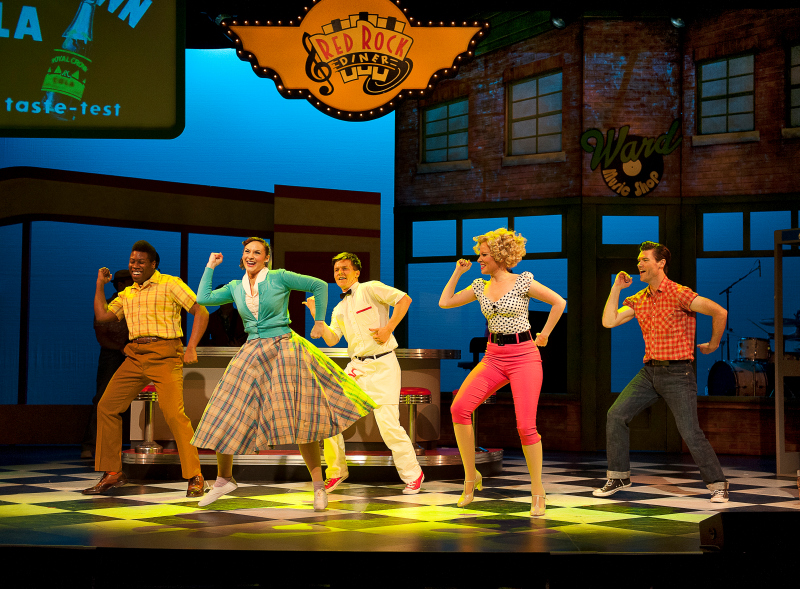 First performed by Arts Club in 1998, Red Rock Diner has toured the country and even starred a young Michael Buble back in the day. The current production is led by Neil Minor as Red. Minor, an original cast member of Red Rock Diner, delivers Red’s broadcaster charisma with style. 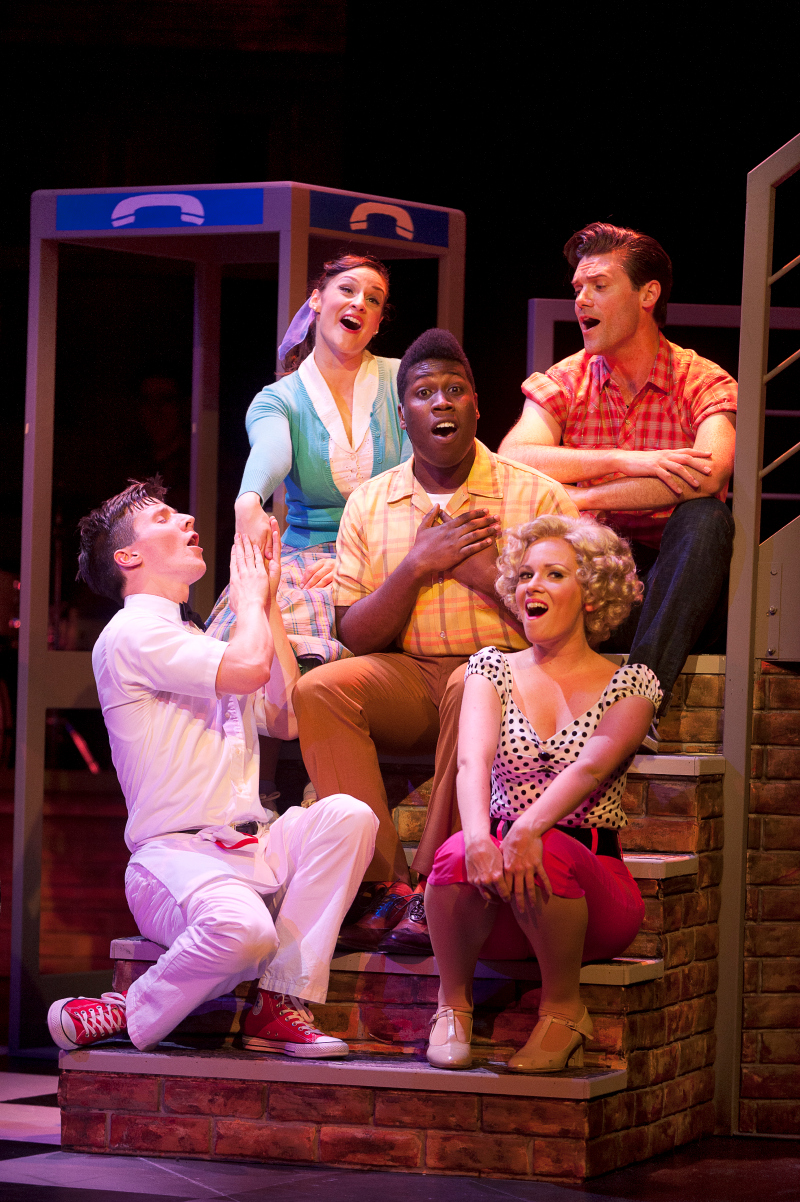 Red Rock Diner’s first half rewinds to Robinson’s early days in radio. In 1957, the young DJ prodigy was spinning the hottest records for Vancouver’s high school youth, and they were dancing it up at the local diner. That’s most of what goes on in the first half, which feels a bit one-note and repetitive. That being said, the cheery classic tunes and dance numbers are well done, as are the set and costume design. Throwback advertisements flash above the stage, and period-appropriate Vancouver jokes attempt to crack up seasoned locals. 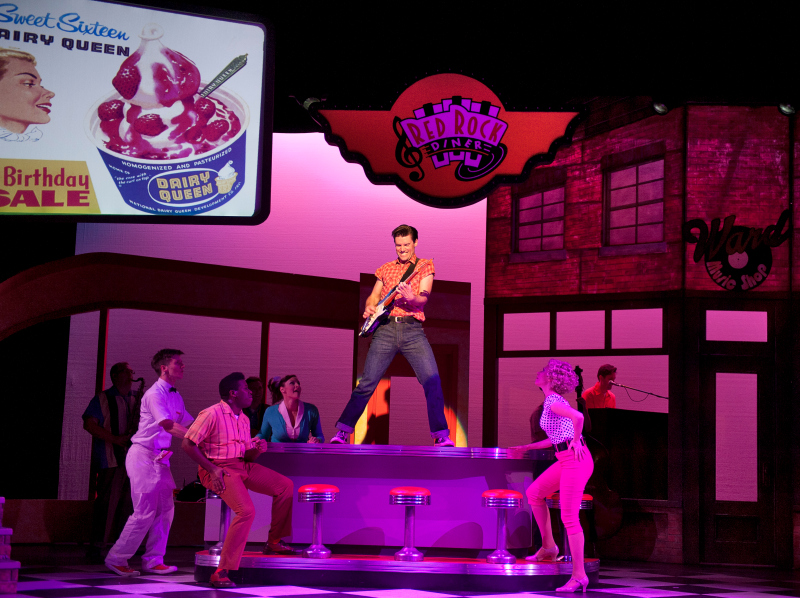 Cast members Tarafi Anthony, Anna Kuman, Colin Sheen, Zachary Stevenson, and Robyn Wallis are a treat to watch in the slightly elongated first half, but they all bring it home in the second, when the set switches to the King Edward High School Grad Dance of 1957. Great solos, stellar back-up from the band, and more interaction with the audience redeems the show and leaves smiles on faces at the end. 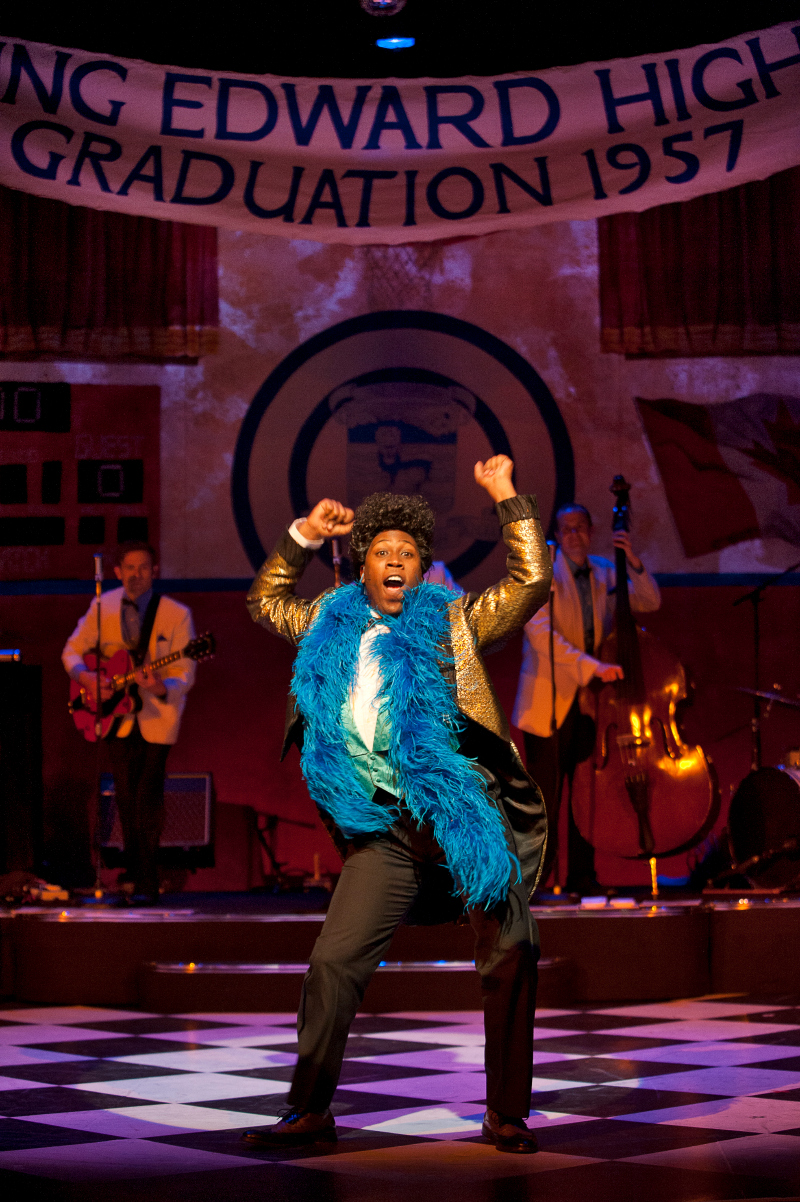 If you’re looking for a dense plot or complex characters, give Red Rock Diner a miss. But if 50’s  era rock and roll is your thing, and you just want heavy dose of up-tempo nostalgia, sashay your way to the Granville Island Stage before the Red Rock Diner closes.