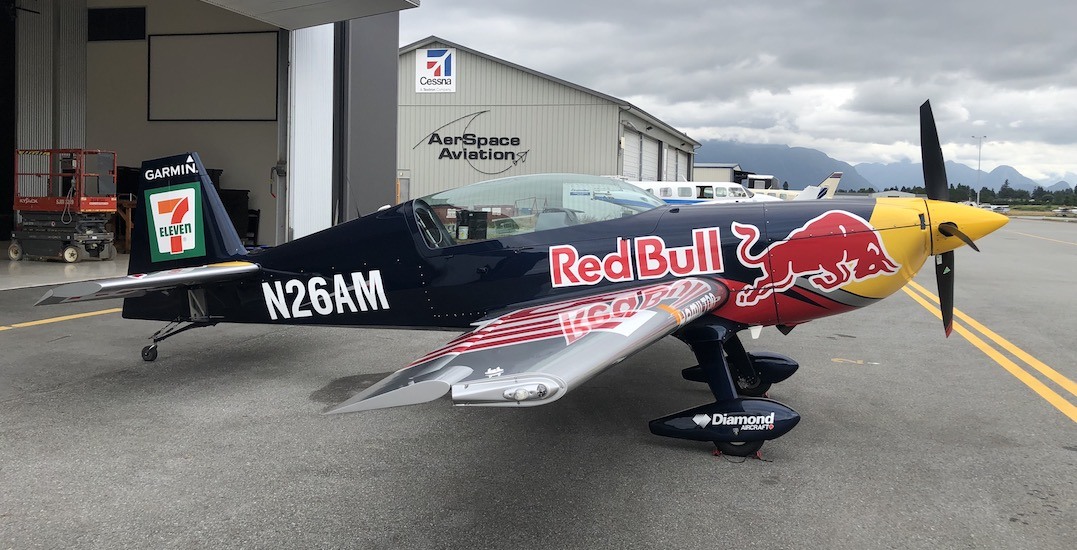 Flying loop after loop in mid-air over Pitt Lake, doing barrel rolls, and flying upside down — not the normal way I spend my mornings in Vancouver, really.

I’d never flown in any small aircraft before, let alone something like the Red Bull Air Race aircrafts but after being given the chance to experience one of the most exciting planes on Earth and the massive adrenaline rush it gives, it’s safe to say — I get it. It’s thrilling. 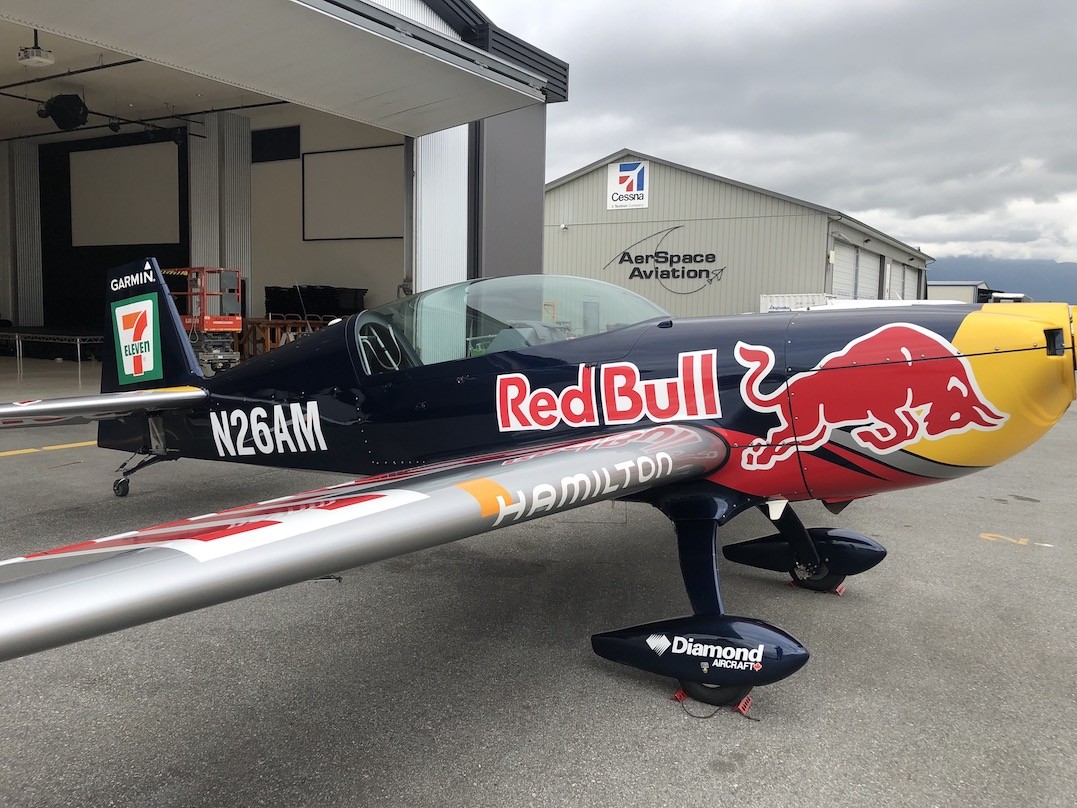 As I walked onto the tarmac and saw what would be taking flight, if I’m telling the truth, I hesitated. The tiny aircraft, an Extra 300 LX, looks like it could barely seat one person (let alone two).

It greatly reassured me, however, that the pilot I would be flying along with, Canadian Red Bull athlete Pete McLeod, has more than his fair share of flying experience.

“Six weeks old — on my mother’s lap,” he says when I ask him how old he was when taking his first flight. 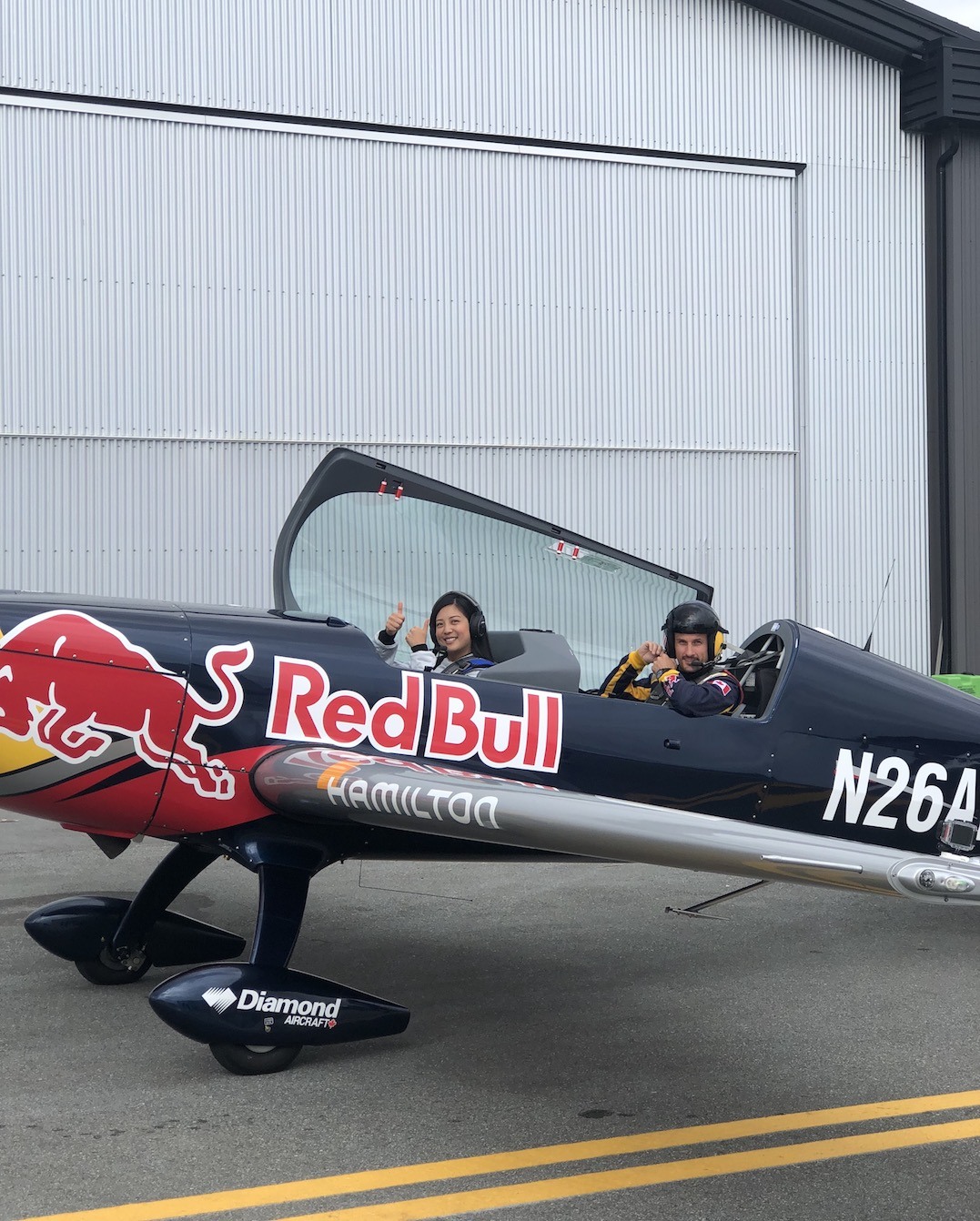 Prior to the flight, and after an extensive safety briefing, McLeod straps a parachute tightly to my back. “We won’t have to use it — don’t worry,” he says.

Apparently, it’s for precautionary measures, and McLeod reassures me that he’s never had to use it before on one of these flights.

Finally, we’re ready to get going. Before I hop in, the aviator pulls out a blue envelope. It contains a vomit bag, I’m told. “Just in case,” he laughs, tucking it into my jumpsuit. Great.

Fully belted into a tiny airplane seat, we take off. As the plane races through the air and I clutch the straps of my parachute (all the while hoping I won’t have to use it), I can’t help but appreciate the view of the ground below me. It’s absolutely stunning.

After we take a short five-minute trip out over Pitt Lake, we find a nice spot and through the in-flight headset, McLeod tells me we’re about to begin the stunts.

I’m talking flipping upside down; looking up to see the water above my head, barrel-rolling, and experiencing high levels of G-Force (the force of gravity applied to the body during acceleration). 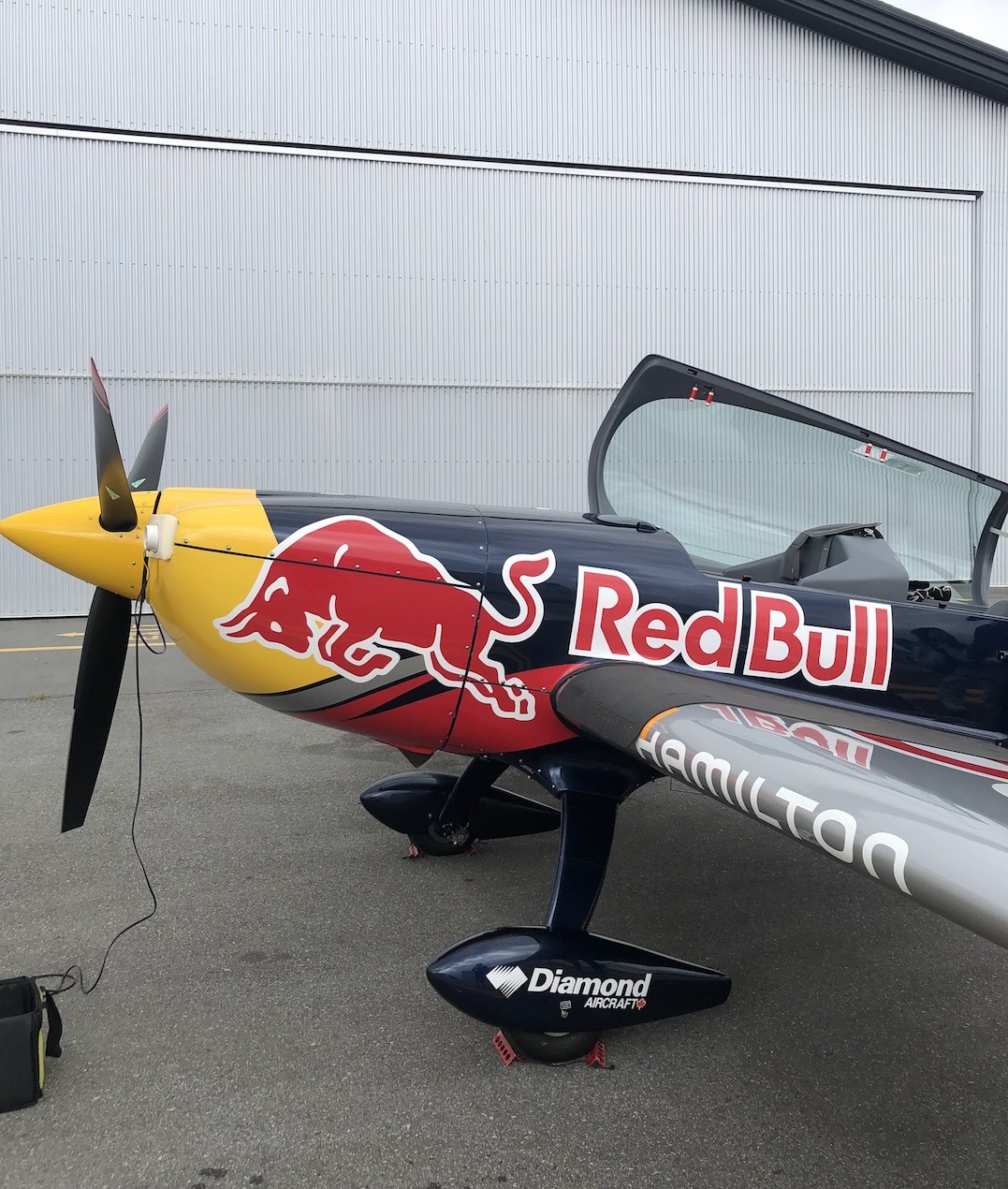 The flight lasted about 20 minutes, 10 of which were spent doing stunts in the air. However, the intensity of the stunts, as well as the adrenaline rush, made the flight seem so much shorter (or longer?) than it actually was. The thrill made me lose all sense of time. All I know is I couldn’t wipe the smile off my face.

Towards the end of the flight, McLeod relinquished control of the joystick, asking if I wanted to try doing a barrel roll on my own.

And I did it! Albeit, a bit less coordinated than him.

I guess I won’t quit my day job. (Best to leave the flying to the experts.)

You can see McLeod in Vancouver presenting a jaw-dropping Red Bull Air Show each night of the Honda Celebration of Light above English Bay, commencing at 7:45 pm prior to the fireworks show.

And after getting a glimpse of what it’s like up in the air, I’ll be sure to be cheering him on.