On June 13 and 14, Red Bull Around the Strait 2015 will be returning to Vancouver for another sailing competition.

The event, held at the Jericho Sailing Centre, will feature three different race formats: Blitz, Cup and Hull. Registration costs $50 per boat, both double and single-handed, which will include a Helly Hansen race jersey, event merchandise and admission to the Saturday night welcome party. 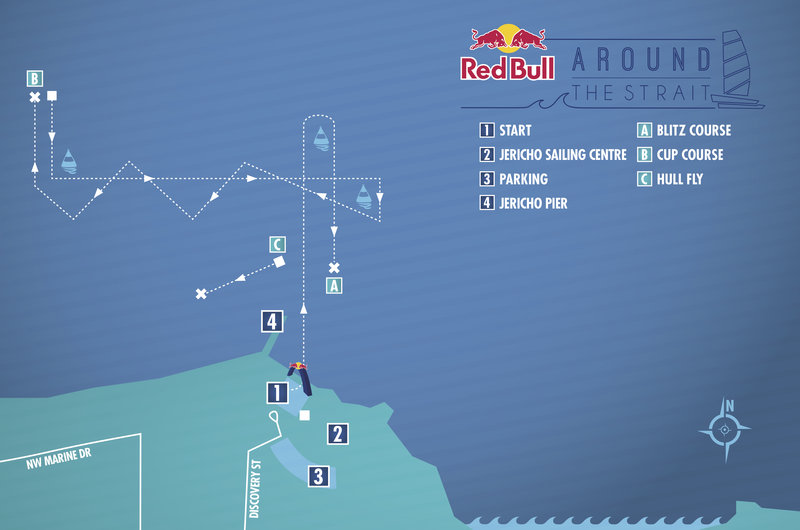 The first of the three race formats is the Blitz Course Stage, which begins with a Le Mans start from the beach to the boats. Participants will then sail to the marked buoy and back, in what will be a full-throttle adrenaline-pumped race.

Next up is the Cup Course Stage, where boats will start off trying to take the hole shot around the first turn. They will then be given a choice of directions that will lead them back up the course to finish on their second lap, and sailors will have to choose which one they think will get them back faster.

Last will be the Hull Flyer Stage, which will give sailors the chance to show off their style and skill. How far can you push your boat, in style, as spectators look-on from the beachfront? You’ll either succeed trying, or crash trying.

The events on both days will do from 10 a.m. to 4 p.m. and awards will be handed out to the champion on Sunday.

Red Bull Around The Strait 2015

Tickets can be purchased here.