Does the Grouse Grind feel too easy? Are you looking for a serious – but quick – challenge?Then the Red Bull 400 is the race for you!

After a successful debut last year, the steepest 400-metre race in the world is returning to a ski jump in Whistler Olympic Park on July 30 and registration is open now.

Participants begin at the bottom of a ski jump and race on a 37-degree incline up the 400 metres to the top – a test of endurance, strength – and perhaps a little madness.

Current champion and world record holder, Brandon Crichton of North Vancouver, will also be returning, to defend his unimaginable time of three minutes and 53 seconds. 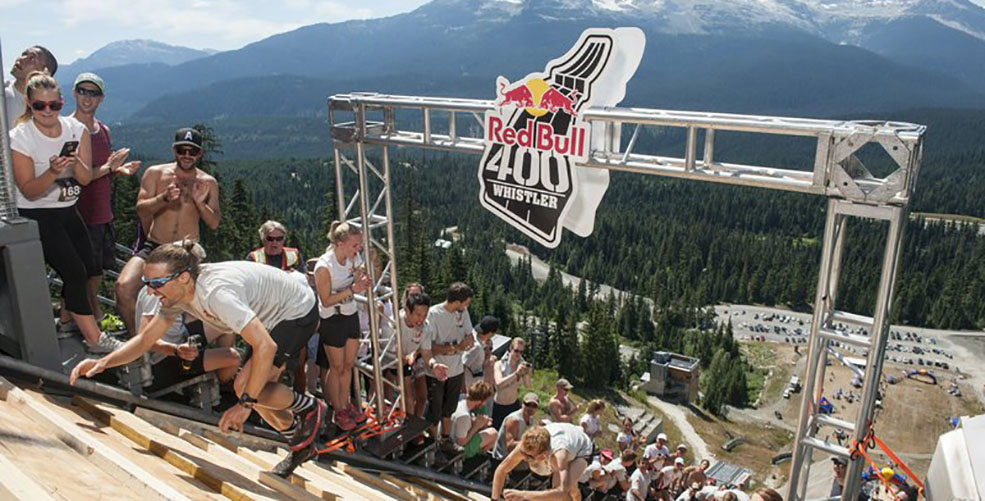 In the women’s category, the (also unimaginable) time to beat is five minutes and eight seconds, set by champion Zoe Dawson of Squamish last year.

The registration deadline is July 25; the solo relay costs $50, while co-ed and firefighter/police/EMS is $25. All include a race jersey, lunch, and event merchandise. 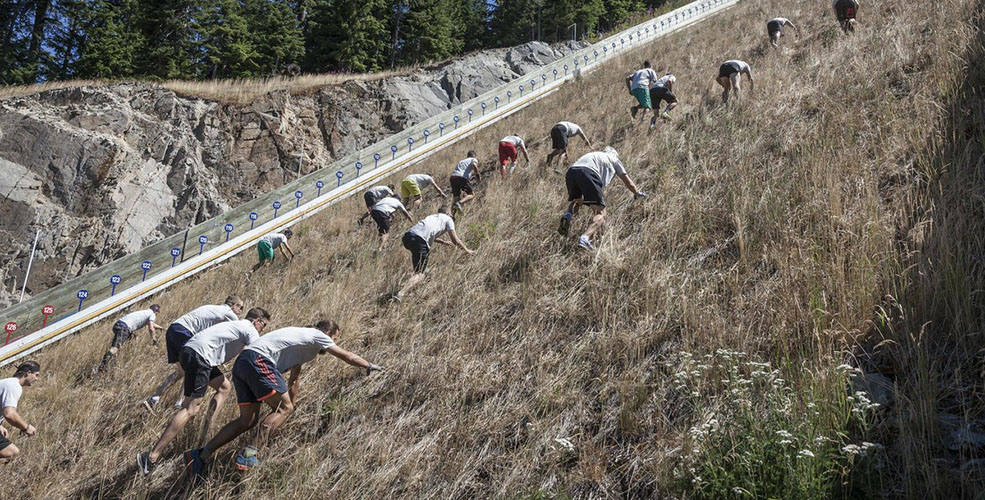 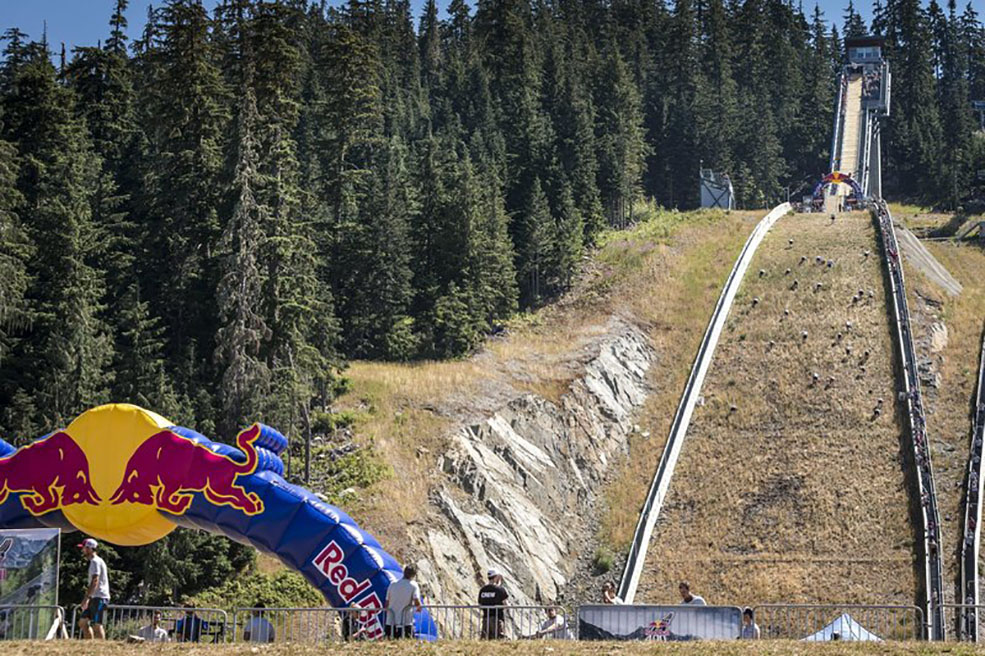