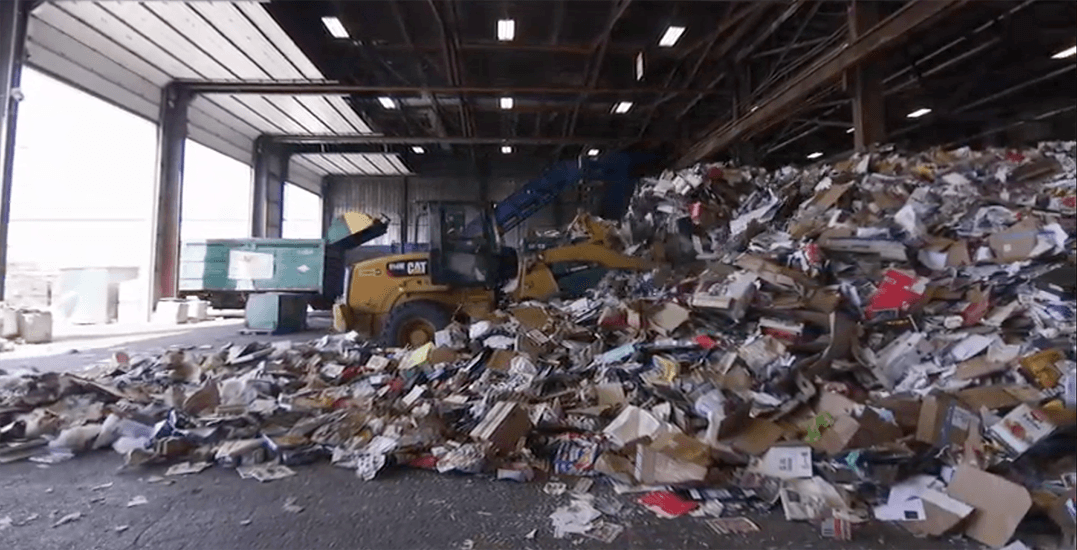 Recycle BC is calling for British Columbians to exercise caution and care when deciding what to put in their recycling.

According to the company, they’re dealing with a rising number of explosive and hazardous materials that people place in their packaging and paper recycling bins.

As a result, collectors and processors have seen seven fires since the start of 2019, causing temporary closures to facilities and potential harm to employees.

“Hazardous materials present a very real danger for workers in BC’s recycling industry. They can cause explosions and fires, and most of these incidents are caused by residents placing items such as lithium-ion batteries and propane or butane canisters into the residential recycling,” said David Lefebvre, Director of Public Affairs for Recycle BC in a statement.

Lefebvre also says that earlier this month, a resident even put 58 rounds of live ammunition into their recycling.

“We need people to think before they put something that is potentially explosive and deadly into a recycling bin,” he stresses.

Recycle BC says that on average, two-thirds of container loads in 2019 have hazardous materials — a 47% increase over the last five years.

“Residents should dispose of hazardous materials properly, which means many of these items should not only be kept out of the residential packaging and paper recycling system but also out of the waste system as well,” reads a statement from Recycle BC.

Anyone with questions on where to recycle hazards materials can contact the Recycling Council of British Columbia at 604-732-9253 or on their website.