Remember Recipe to Riches? It’s back and among the 21 new faces (not to mention delicious home-made recipes) are five from B.C. In honour of the upcoming appearance of Vancouver’s very own Jackie Koh on November 7, who created a delicious Smokey Korean Meatballs, we decided to chat with all the B.C finalists to find out a little bit about their recipe and the cooks themselves!

Each category winner will receive a $25,000 cash prize and earn the prestige of having their recipe developed into a President’s Choice product made available in select Loblaw banner stores across the country just days after their episode airs. After all category winners have been determined, viewers will have the opportunity to vote online for the best of the best and, during the exciting finale, witness who will take home the $250,000 grand prize. 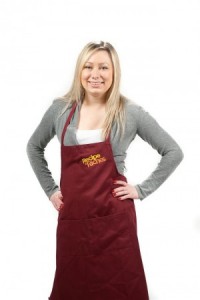 Where are you from?: Surrey, BC

What the inspiration or story is behind the recipe: I grew up eating my Mom’s butterscotch pie and so creamy butterscotch pudding always takes me back to being a kid. So when I tasted a recipe like this at a restaurant one evening, I decided I had to recreate it. The restaurant had actually used real scotch in theirs, which I found overpowered the butterscotch flavor. After testing out different versions of this recipe, I finally got it right and I have been making it A LOT ever since.

What makes your recipe different/a recipe to riches?: My recipe is different because it takes a classic butterscotch pie, which is a recipe a lot of Canadians grew up with, to a whole new level. It makes it even more indulgent!

Why you decided to try out for the show: I totally tried out for the show on a whim. I saw the call for auditions the same day the registration closed and I just thought, why not? I auditioned, got a golden ticket, and became a finalist! 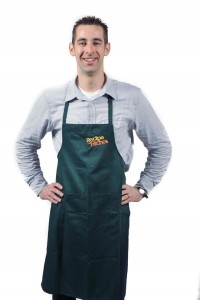 Where are you from?: Victoria British Columbia

What the inspiration or story is behind the recipe: Christmas 2011 we were having an open house.  Chili is a great item for this kind of event, comforting, seasonal, can sit in a crock pot for hours.  While this is a great dish for this type of event, clean up of chili bowls and the crock pot the next day (after a late night of revelry) is no fun.  So I started thinking of how to take Chili out of the bowl……and the delicious hand held, Chipotle Chili Bite was born.

What makes your recipe different/a recipe to riches?: My recipe is a different recipe than any other because it is completely new.  Hand held Chili!

Why you decided to try out for the show:  My wife and I decided that 2012 was the year to try something with our cooking skills, put ourselves out there.  We both auditioned in Vancouver and the rest is history.

Favourite moment of being on the show: One of my favourite moments that springs to mind immediately is winning a Golden Ticket in Vancouver.  As I mentioned, my wife and I both tried out in different categories and we both won golden tickets. It was amazing to share a once of a lifetime experience with her and our daughter (who was 7 months old at auditions).  The rush of being selected from the hundreds of other amature cooks who auditioned was simply unreal.  To then go on and become one of the 21 finalists is something I never could have even dreamed of.  For me it is a testament to simply going for it!  You will never know what can happen if you don’t even try. 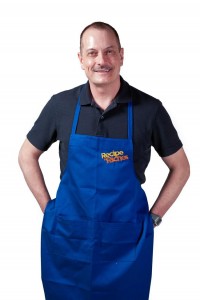 What the inspiration or story is behind the recipe: Part of this recipe was acquired some 25 years ago from an elderly member of the Vancouver Orchid Society which I am a member. She had not provided me with the proper baking instructions. On my first attempt I ended up with a pile of burnt sticky mess. The whole house was in smoke. I figured I had made a mistake and tried again and got the same result. I could not contact her as she had passed away. I did not give up, I eventually figured out what was wrong/missing. It gave me the opportunity to adapt the recipe to my liking. From trial and error it became a success.

What makes your recipe different/a recipe to riches?: Not only are my Golden Toffee Nut Gems mouth watering, decadent and delicious, they are very nice looking. The recipe has Pine Nuts,Cashews,Almonds,Chocolate but also contains Maple Syrup. They are great anytime, served as a snack,even served as an elegant dessert with a little whip cream for a formal event. They are good with coffee,tea, wine,etc. Upon your first bite you realize that one will not be enough. It’s rich buttery toffee nut topping will please all ages.

Why you decided to try out for the show: I was inspired by last year winner Glo McNeill.I knew I had a very good recipe. My “Golden Toffee Nut Gems” were always been a huge hit when I shared them with friends and family. Trying for this show was also a personal goal setting challenge for me. 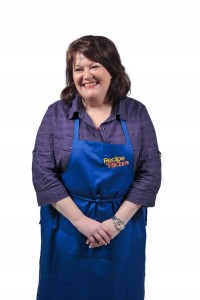 Where are you from?: I’m originally from Winnipeg but when my parents retired to Vancouver Island I fell in love with the slower island way of life and now call Ladysmith home.

What the inspiration or story is behind the recipe: I love the idea of experiencing the world through taste and became fascinated with street food as a way of connecting to the flavour and culture of a particular region in a casual way. Since food trucks and street food have begun to gain popularity in major Canadian cities, I thought “Street Food at Home” could be an opportunity for Canadians all over to enjoy the experience of street food no matter where they lived and the Asian Snack Wrap was born!

What makes your recipe different/a recipe to riches?: Sweet and savoury Asian ground pork mixed with crunchy water chestnuts and fresh ginger is the perfect offset to salty, chewy scallion pancakes. Put this all together and you have an authentically “street” tasting hand held snack that is unlike anything on the market and a product my husband believes should be served as a bar snack in pubs across the country!

Why you decided to try out for the show: I tried out for Recipe to Riches during the first season as a way of taking a chance and stepping out of some ruts I was in and almost made it onto the show with my “Gobblers” (sweet potato cornbread mini muffins stuffed with turkey chili con carne) and although I didn’t make the final cut, the decision to be a part of Recipe to Riches changed my life! In the time since I went on to enter and win another recipe contest and started my own cooking channel on Youtube called CHARMED with The Kitchen Witch. This year when audition time came up I was determined to have the adventure of a lifetime by cooking and competing on this incredible show.

Favourite moment of being on the show: I loved being in the kitchen because, truly, that’s my comfort zone and the place I feel most confident. Facing the batch up challenge with Chef Maggie and her team by my side was a lot of fun along with being the challenge of a lifetime! I can’t say enough about Chef Maggie as she wasn’t only a great mentor, she was very kind and has a wonderful sense of humour which made the experience that much richer for me.

To learn how to make magic in the kitchen with amazing recipes and ideas, please stop by my cooking channel:CHARMED 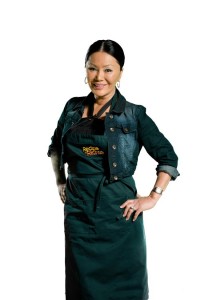 Where are you from?:  I originally came from Seoul, Korea.  Me and my family emigrated to Canada  in 1975 when I was 14.  We settled in Uranium City, a northern SASK town of 3,000 near Athabeska Lake.

What the inspiration or story is behind the recipe: I’ve always love to cook since the age 6.  I played with real food and utencils playing “house”.  during my teen years, I primarily cooked for my family as both my parents were busy at work and my two younger siblings relied on me for producing great tasting foods catering to their palette.  I grew into cooking more seriously and began to entertain friends.  I experimented with foods all the time and needed “guenea pigs” (as my friends would happily volunteer).  It gives me tremendous joy to see the happiness on people’s faces and hearing their low grunting noizes biting into my food – I can’t imagine anything else that could top that.  As a single mom of a 17 year old girl, I’ve always cooked using only the freshest, natural and healthiest ingredients available in season.  I excluded anything that is not pure and natural in my foods.  My family including myself love meatballs and I made plenty of them over the years.  In January,  shortly after my dad’s first year anniversary of death, I had the urge to develope a dish to make a special tribute to him.  He sacrificed himself to provide a better life for his  children and gave up everything he had developed in Seoul when the opportunity came for him to move his family to Canada.  His knee surgery came with a complication requiring 24-7 care and came to spend 3 months at my house.  That time, I realized once too late, was the most time we ever spent together in our entire life.  It was also the most precious time spent to rekindle our relationship that has somewhat strayed away over the years.  It allowed for me to discover his preferrence for “tasty foods”.  My dad truly loved his meats and Korean spices.  His all time favourite was barbequed beef short ribs and pork butt meat marinated in traditional Korean spices and herbs.  The Spicy Korean Meatballs, henceforth, came to being developed.  It is smoky, sweet and spicy, and is individually barbequed slowly over graying charcoal, just the way my dad loved his meats.

What makes your recipe different/a recipe to riches?:

It takes a traditional, loved recipe like meatballs and infuses it with the bursting flavours of Korea using only the freshest, healthiest ingredients (lean organic meats, pure and natural spices and herbs) without any binders or artificial flavour enhancers.  They are smokey, sweet and spicy and the combination takes something expected to new places. The Smoky Korean Meatballs examplify pro multi-cultural heaven of Canada.  They are also extremely versatile:  You can enjoy them as a hardy snack, or as a stand alone, luxurious bites or as sliders at a cocktail party, or an entree served over a bed of steamed rice accompanied by steamed vegetables or salads.  The consumers’  imagination is the only limiting factor.

Why you decided to try out for the show:  My 17 year old daughter, Sierra, is as much a “foodie” as myself and has always thought I should enter one of the reality cooking shows and Recipe to Riches was a natural choice.  Most importantly,  I chose the Smoky Korean Meatballs as the entry recipe because should I ever become the winner and have the Smoky Korean Meatballs on the shelves across Canada, he would have been so proud if he was still with us or will be from above.

Favourite moment of being on the show: My favourite moment of being on the show was when I got to spend the waiting time between filming and getting to know my competitors Benji and Belen who comes from the opposite part of the country, different background and years apart in age having one common interest – passion for food.  It was a very special time.