If you were wondering what all that smoke billowing from Olympic Village this past Sunday was all about – we’re sorry to say you missed out on Vancouver’s 2nd annual Brewery and the Beast, and boy was it one heck of a party. The self-proclaimed “festival of meat” is literally what foodie dreams are made of, with nearly 50 of Vancouver’s restaurants on hand serving everything from elk sausage, barbequed chicken, blood sausage, and just about anything else you could imagine. 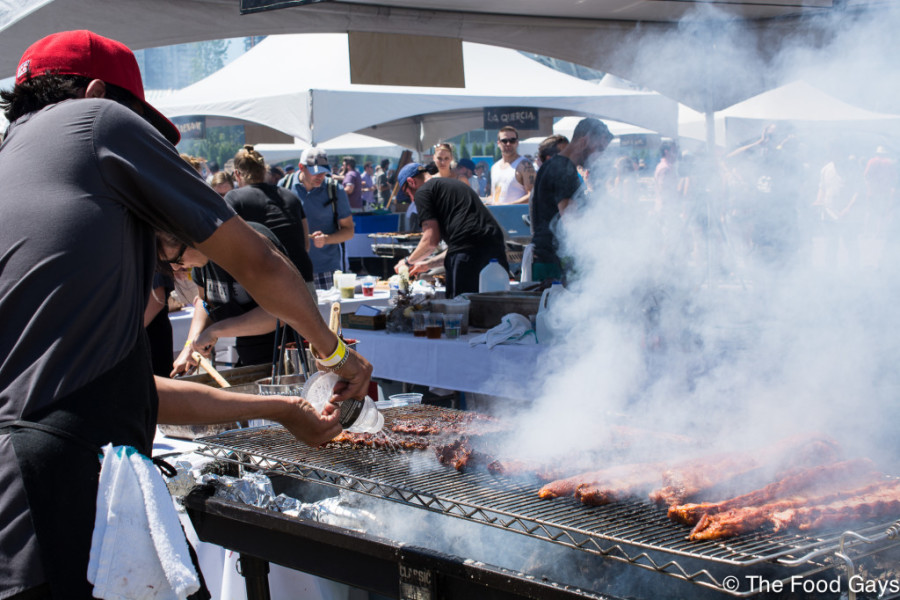 Crowds kept cool with beer on tap courtesy of Phillips Brewing Company, handcrafted English-style cider from Left Field Cider Co., and tea from Namasthé Tea Co, while they noshed on dishes from the likes of Forage, Hawksworth, Pidgin, and Two Rivers Meats, just to name a few. 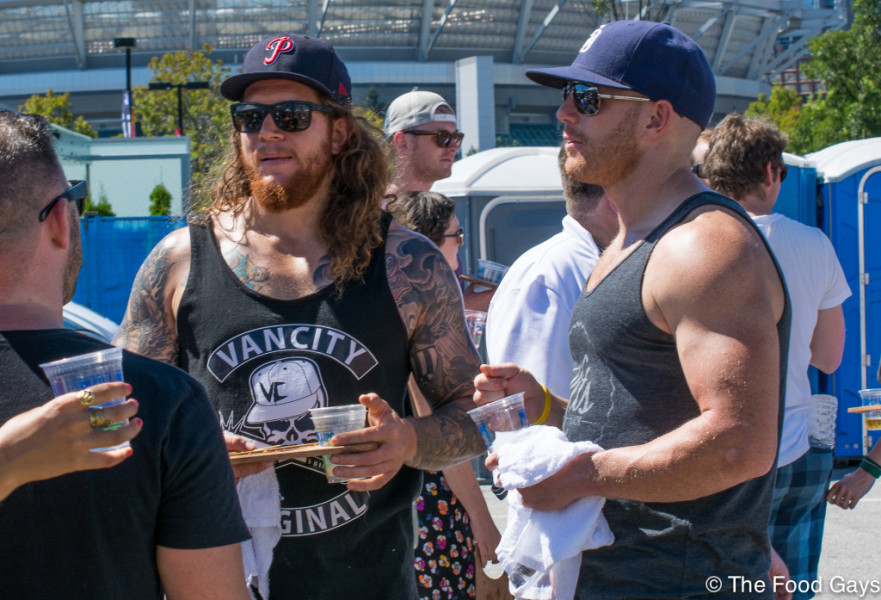 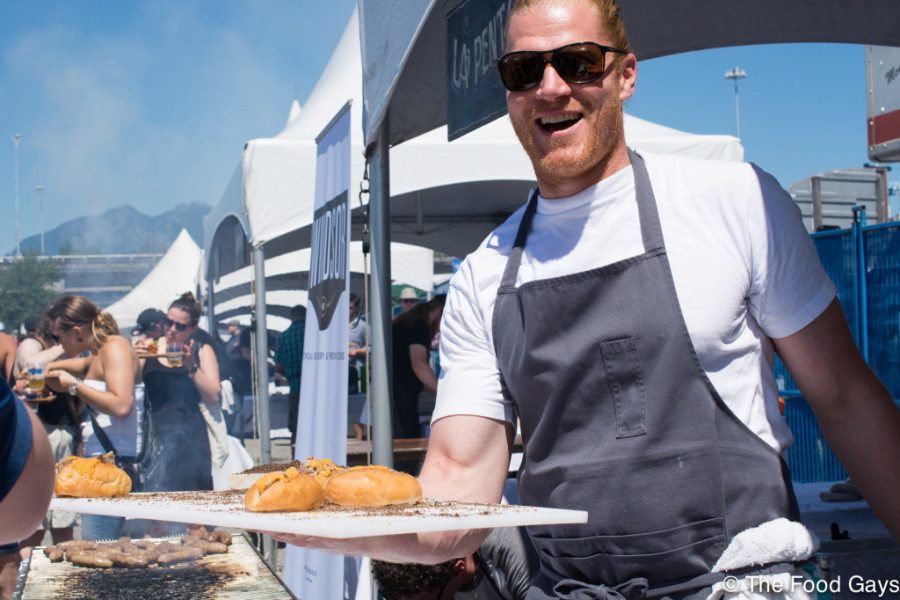 Some stand-outs for us included Hawksworth Restaurant’s offering of charred tandori pork belly, cauliflower, tamarind, brown butter and cilantro (which sold out in less than two hours), as well as Bestie, who served up an uber-tasty elk sausage with a white bean and watercress salad with crispy salami and aoli. Forage also impressed us with some good old fashioned barbequed chicken thighs and chicken hearts, with some amazing Glorious Organics pickled veggies. 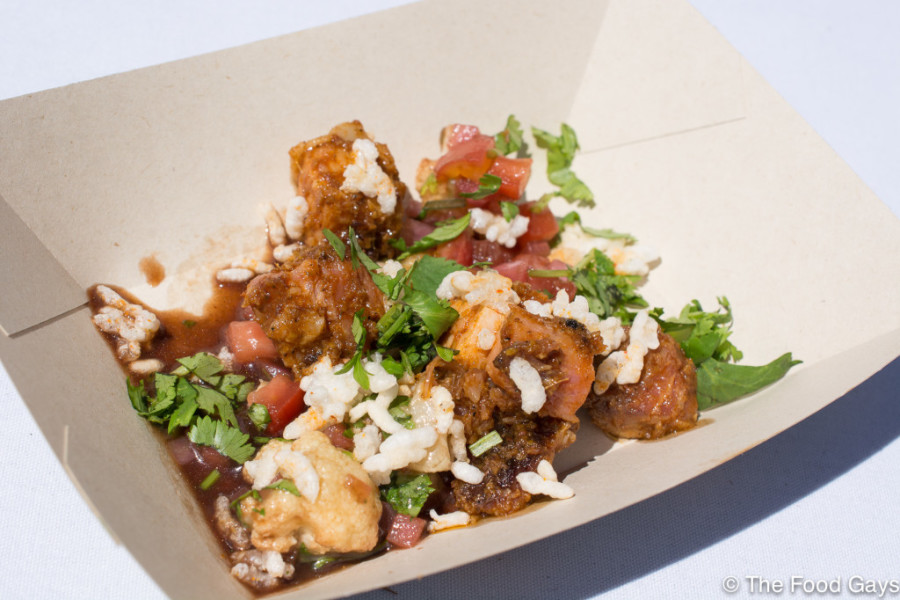 It’s not just about great food and drinks at Brewery and the Beast. Particial ticket sales go to help great local organizations such as the BC Hospitality Foundation, and the Hawksworth Young Chef Scholarship. The Victoria edition of Brewery and the Beast is coming up on September 21st, and tickets are already SOLD OUT! 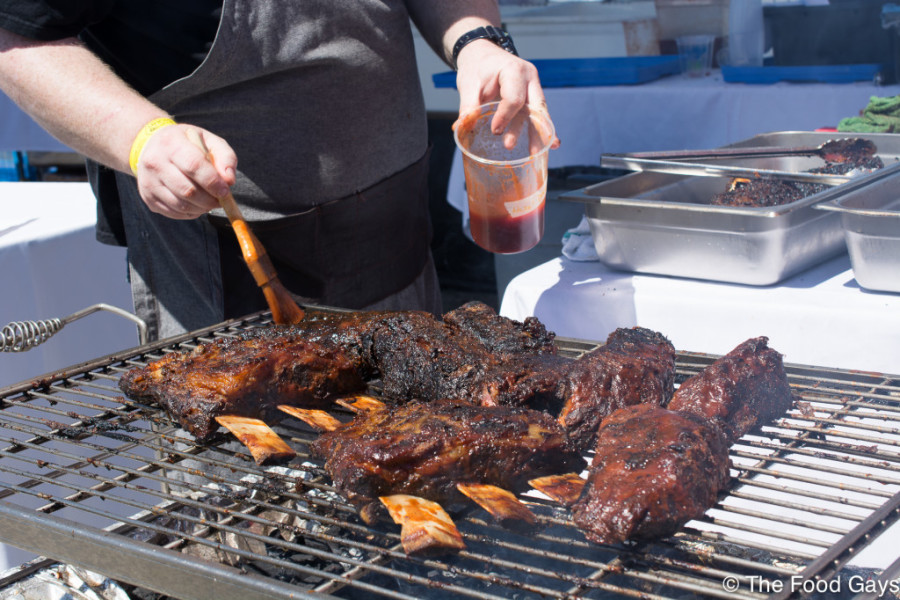 Now that we have recovered from our meat coma, we’re already looking forward to next year.

Each month Jeremy and Adrian from The Food Gays bring you Vancouver’s Best eats and treats right here on Vancity Buzz. Follow them on Twitter, Facebook, and check out their blog.