What defines community for many people is a sense of cohesiveness, interactions, shared experiences, and relationships. We know the value social interaction plays in our overall moods as well as its importance on our mental health, yet it is so easy to become isolated in day to day routines. How does community look in Vancouver’s fast moving high-tech downtown core today? How do we want it to look in the year 2040?

These are the questions Re-Imagine Downtown Vancouver is asking. It is an initiative that enables individuals to collaborate in creating a vision of what the downtown Vancouver experience could become over the next 25 years. Everything learnt through the process will be collected, studied and synthesized in order to shape the downtown of the future.

Though the process is still ongoing, some consistent themes have emerged. The downtown Vancouver of today is described as stunning, diverse, and lively, yet empty—but with a lot of potential. When asked what will the downtown core look like in 25 years, people want the downtown of 2040 to be more welcoming, with a strong sense of belonging. There would be more public squares, plazas and public spaces. This vision of our future downtown would be more integrated and inter-generational, with a focus on becoming family and child friendly. 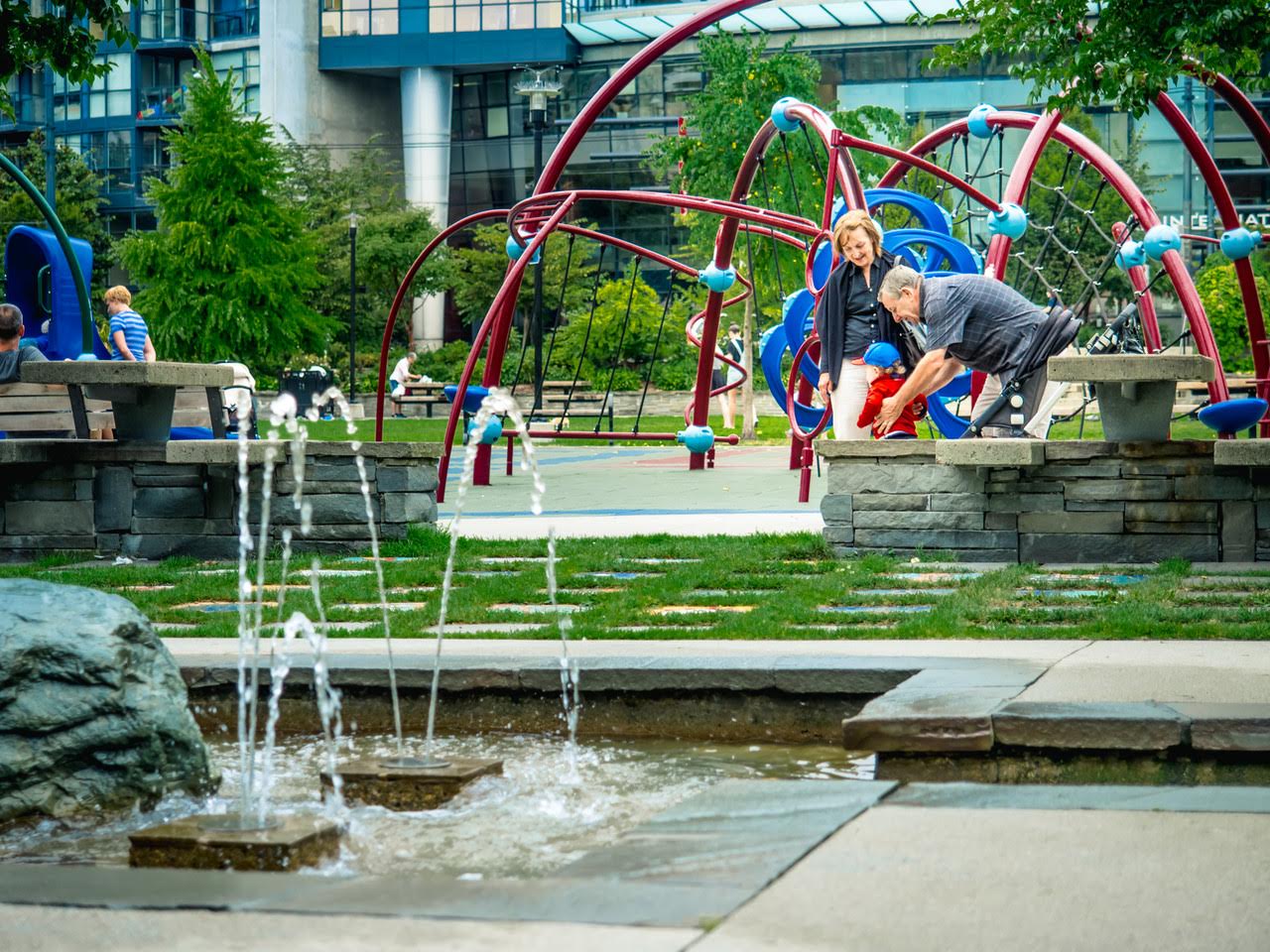 The repeated theme of a child-friendly downtown makes sense. A current disincentive for families living in downtown Vancouver is the area’s lack of schools. “The city once upon a time didn’t anticipate so many school-aged kids in the downtown,” said Vancouver Mayor Gregor Robertson in 2013. “Now we’re constantly asking for the B.C. government to support more schools in the downtown because people are having to ship their kids to schools outside the downtown.”

The desire for more public spaces has multiple benefits besides just getting people together and talking, including better public health and lower crime rates. It appears the call for more public spaces is being heard. This summer marks the 4th year of VIVA Vancouver’s Robson Redux competition, where the 800-block of Robson Street is transformed into a pedestrian plaza for summer. This year’s competition theme was “people’s connection to one another and to urban space.” The 2015 winner is “Porch Parade” The installation is an ad hoc arrangement of front porches in vibrant colours that creates a lively and familiar atmosphere for downtown Vancouver. 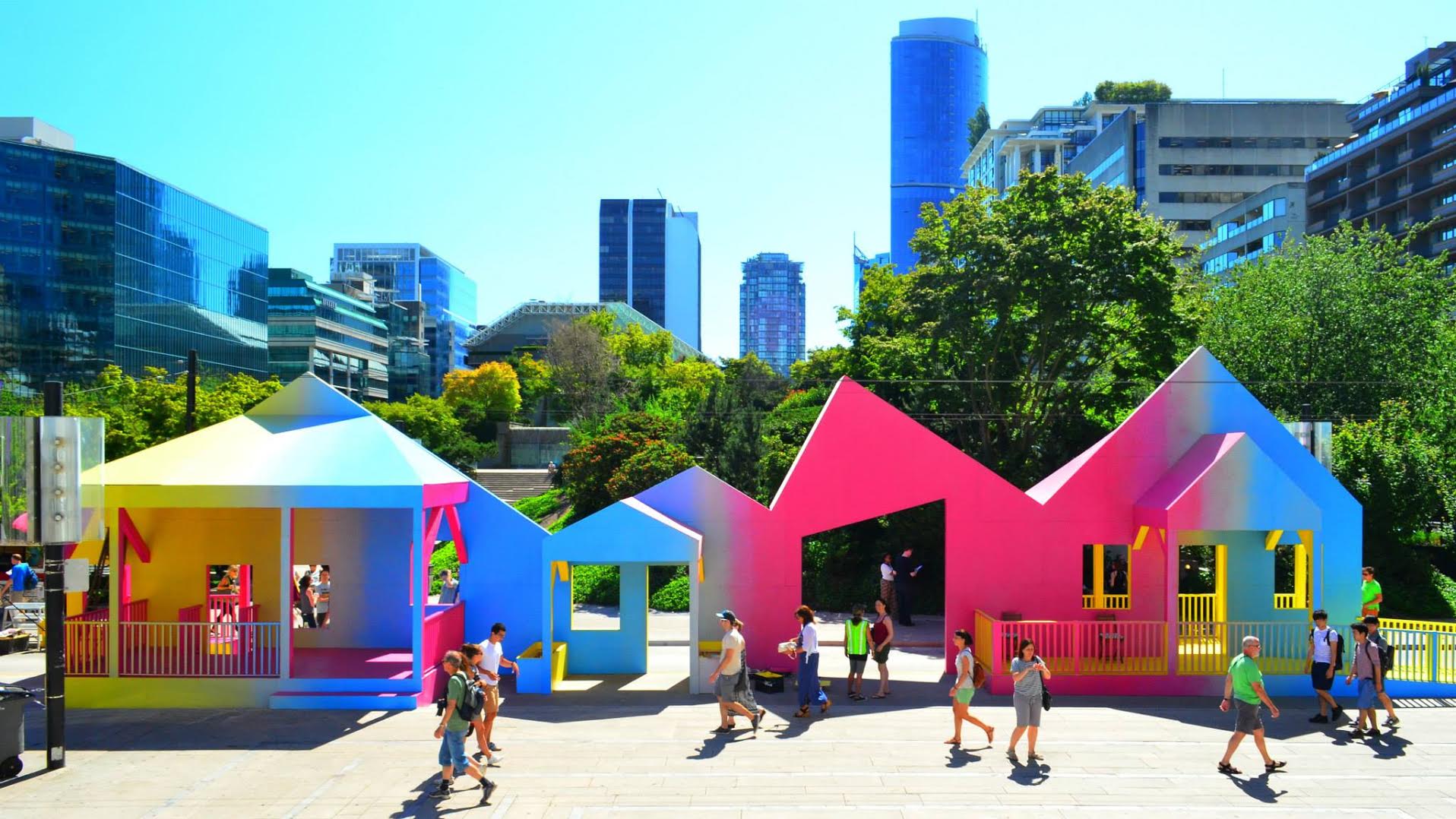 The Robson Redux competition is an example of repurposing existing space and could be done throughout downtown to create more welcoming spaces. The north plaza of the Vancouver Art Gallery, which is currently made of uninviting concrete and bark mulch, is a prime example of a space that can be made over into a fantastic public space- the heart of a community.

The Re-Imagine Downtown Vancouver project is going on now until the end of the summer. This is an opportunity for citizens to have a hands on role in shaping their downtown communities. It is asking for and is asking for the public’s input through an online survey, story submissions, and an Instagram contest.