For better or for worse, Vancouver contains dozens of business and neighbourhood associations, each representing the specific interests of their members at the urban planning table. Historically, these organizations have been incredibly risk averse; resisting change and defending the status quo, even if – in doing so – they ignore their own potential, along with the larger needs of the city around them.

One of the most prominent of these organizations is the Downtown Vancouver Business Improvement Association (DVBIA), which was founded in 1990, and now speaks for over 8,000 business and property owners on the Downtown Peninsula. 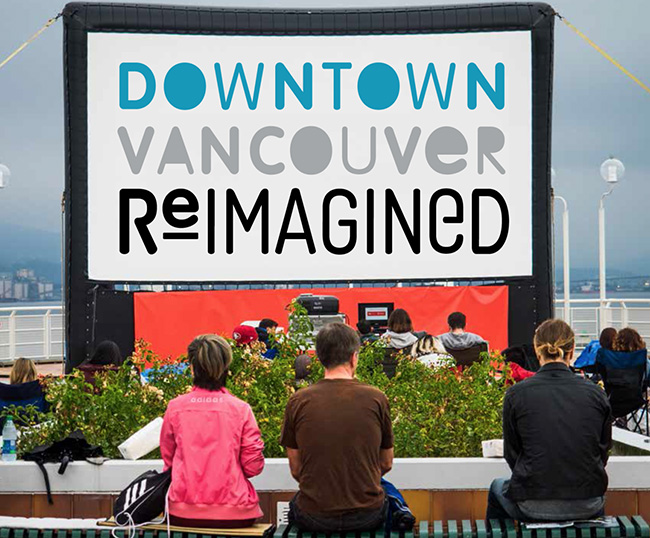 In recent years, the DVBIA, along with their President and CEO Charles Gauthier, have been rather reserved in their support for some of the more contentious decisions made by Mayor and Council (such as the reallocation of street space to create a AAA bike network).

But to their credit, in order to mark their 25th anniversary in 2015, they decided to undertake an unprecedented and unparalleled community engagement process – dubbed Re-Imagine Downtown Vancouver – that would develop a vision for a resilient and competitive city centre over the next 25 years. It was a process that would end up challenging many of their core assumptions, beliefs, and values.

Partnering with SFU Public Square, the DVBIA utilized a variety of innovative engagement techniques – including jam sessions, one-on-ones, street teams, bike rides, and social media – in order to ensure that all voices were heard, and not just the most passionate and partisan ones. Between June and October 2015, they connected with an astonishing 11,000 people who work, live, learn, and do business in downtown Vancouver, including 1,100 respondents to a lengthy online survey.

After collecting such a tremendous variety of opinions and perspectives, the DVBIA were tasked with summarizing the prevailing patterns, which they released earlier this year in a cohesive and comprehensive 58-page report. And while many of the process’ findings can be considered quite unsurprising and uncontroversial – such as a desire for affordable housing, public art, business innovation, and less red tape – it is the sentiments found in the “Getting Around” section that proved to be the most fascinating.

Of those people polled:

All of these ideas proved more popular than improved traffic flow and cheaper parking, an indication that the DVBIA’s diverse customer base valued multi-modal mobility over driver convenience, and wanted the streets and laneways of downtown Vancouver – their single biggest asset – to look a whole lot differently. Just 6% of survey respondents wanted a city centre that was more car-orientated. 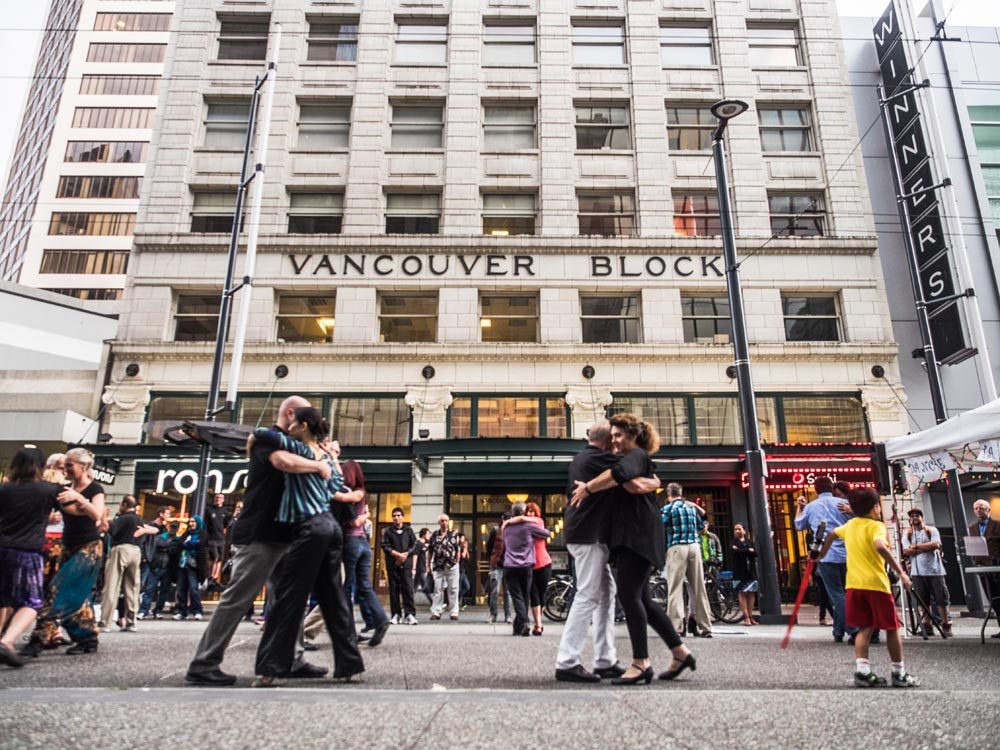 The DVBIA isn’t wasting any time in letting the results of this procedure inform their position and influence on a variety of issues affecting the downtown core. Charles Gauthier has quickly become one of the most vocal proponents of bicycle infrastructure and policy in the city, reversing his organization’s position on the Dunsmuir and Hornby Street protected bike lanes – calling them “the way of the future”, supporting walking and cycling improvements to the Burrard Bridge – a “win-win-win for all users”, and championing the arrival of bike share this summer.

On the back of this report, Gauthier also went to City Council to express his support of the demolition of the viaducts, as well as the closure of the 800-block of Robson Street to motor vehicles, and the creation of a year-round, central gathering space in downtown Vancouver. Most excitingly, the DVBIA are now quietly working behind the scenes on a couple of alleyway activation pilot projects (a subject we have touched on in the past), the details and results of which we await with bated breath. 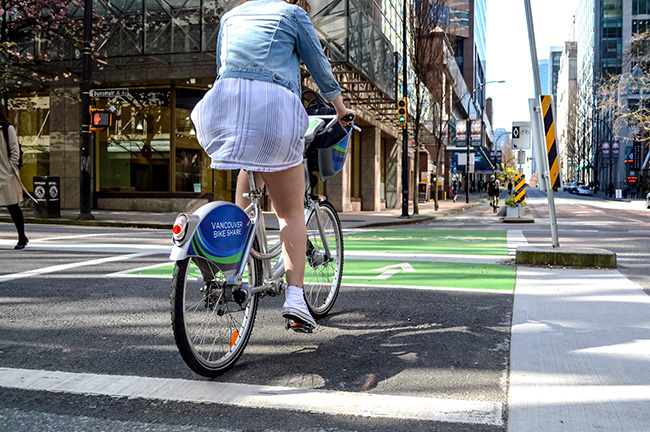 The lessons from this visionary process are myriad, not just for other business and neighbourhood associations across Metro Vancouver, but for other cities around the world looking to gain an edge in an increasingly competitive global marketplace.

Small wonder Re-Imagine Downtown Vancouver has already won not one, but two international awards, and has promptly been duplicated by the federal government, who just announced their own Re-Imagine Granville Island campaign that seeks to shape the future of Vancouver’s arts and culture hub between now and 2040. 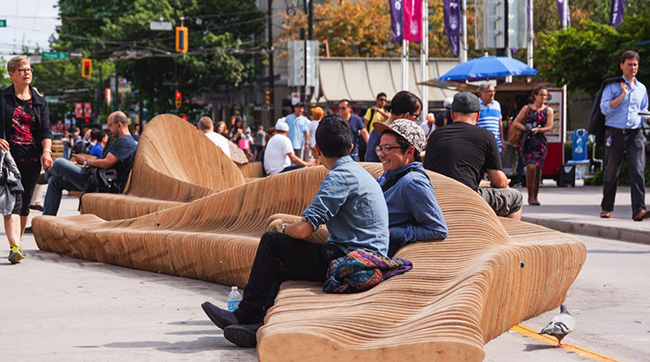 Community leaders looking to attract high-tech businesses, talent, and retail activity would be wise to start a similar conversation with all of their potential customers, rather than let a vocal, close-minded, shrinking minority dominate the discussion (we’re looking at you, Commercial Drive BIA). Their very survival depends on it.

As former New York City Transportation Commissioner Janette Sadik-Khan asked rhetorically during a recent talk at Vancouver’s Playhouse Theatre (a lecture – not coincidentally – sponsored in part by the DVBIA): “If you didn’t change your major capital asset in 60 years, would you still be in business?” By swallowing their pride, opening their minds, and adapting to change, the members of the DVBIA have almost certainly ensured their success for decades to come. We sincerely hope other associations are willing and able to do the same.